A TOP GUN pilot was left dangling off the edge of a Navy aircraft carrier after ejecting from a Lightning jet a split second after take-off.

Sailors watched in horror as the pilot tried to abort his take-off from HMS Queen Elizabeth, the Navy's flagship carrier. 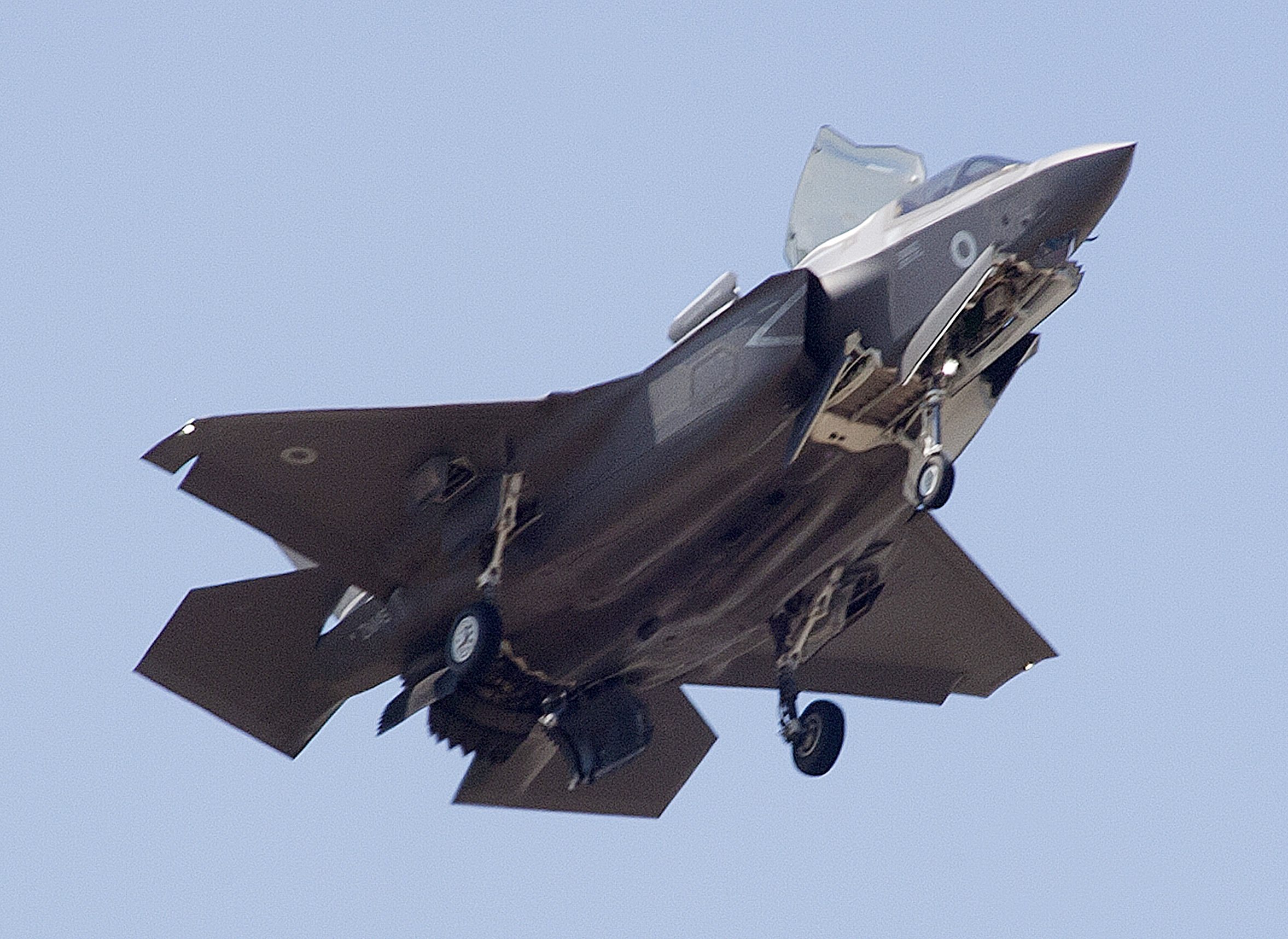 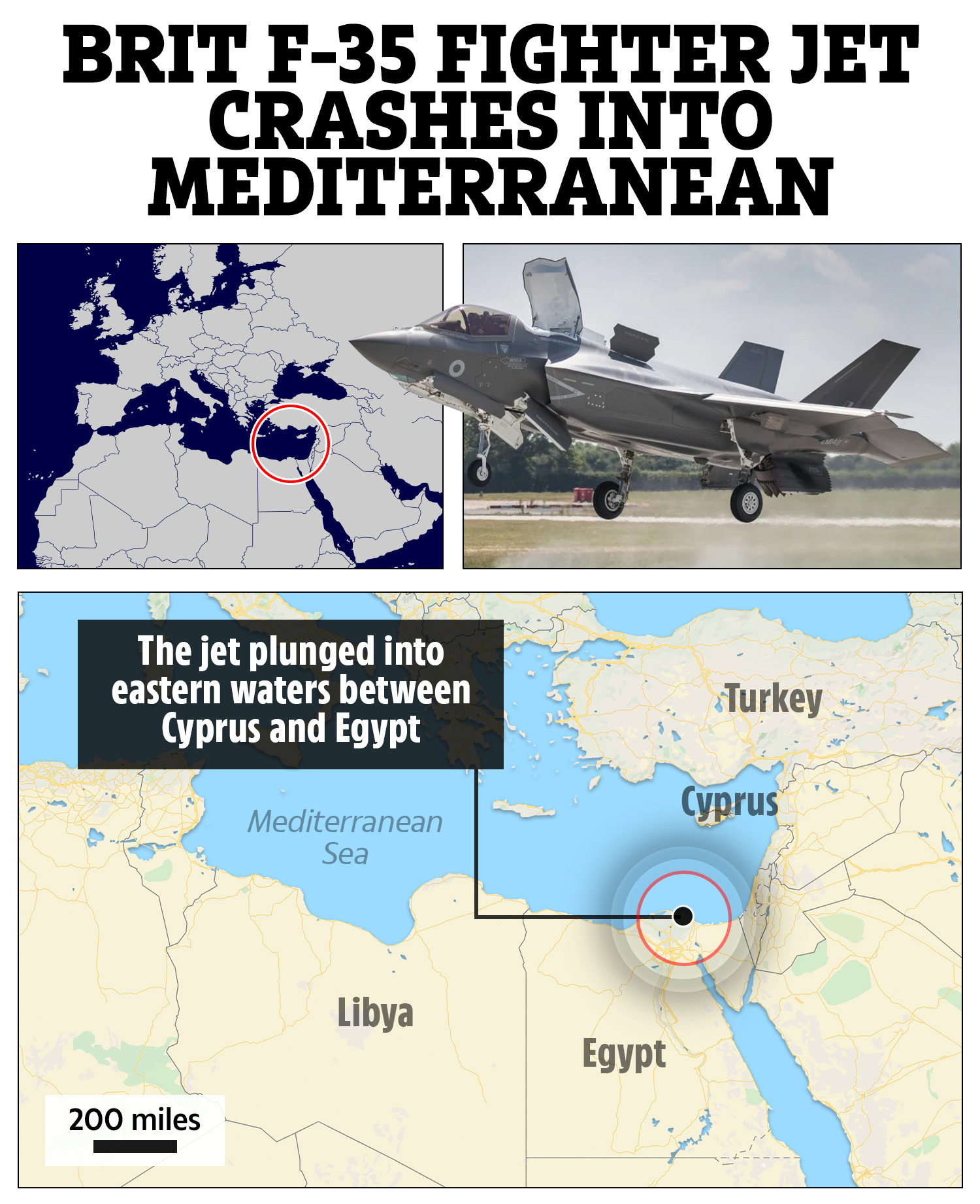 But he was unable to stop the US-made jet before he ran out of runway.

He triggered his ejector moments before the aircraft ditched into the water.

Rockets on the seat blasted him over 100ft upwards where his parachute canopy opened.

The jet smashed into waves directly in front of the carrier, which was steaming forwards at the time.

“It was a very near miss,” a source said.

“The pilot didn’t have long to think.

“He tried to abort the take-off but he couldn’t stop in time.

“He was going off the runway and the plane was going down so he made the correct decision to eject and save his life.”

He floated back down to the warship and came within inches of hitting the flight deck which is the size of three football pitches.

But a cross-wind blew him sideways where his parachute lines became snagged on the edge of the 280m long runway.

The quick-thinking Naval aviator, who has not been named, was left dangling from the edge of the warship around 60ft above the water.

He pulled an escape pin in his harness and plunged into the water.

"He made the right decision," a source said. "We train for landing in water. The last thing you want is to get tangled in your parachute lines getting dragged along the edge of a 65,000 tonne warship."

Captain Ian Feasey scrambled a search and rescue chopper to pluck him out of the ocean.

Last night US warships were steaming across the Med from a naval base in Spain in race to recover the Top Secret wreckage before Russian underwater drones can find it.

The plane sank south of Cyprus in around 2km of water.

Top Brass asked the US for help amid fears that Russian subs with underwater drones could steal the aircraft’s stealth technology from the wreckage on the seabed.

A Navy source told The Sun there was a "constant Russian presence" shadowing the carrier strike group as it sailed through the eastern Med.

"The F35 is an American plane with a lot of top secret American technology and they are very protective about it falling into enemy hands," a source said.

An MoD said the cause of the crash was under investigation.

“The swift recovery of the aircraft is our preferred course of action,” a source said.

“We are working closely with our allies on the logistics of this.”