Briton arrested on suspicion of sexual abuse at hotel in Majorca

British tourist, 50, is arrested on suspicion of sexually abusing his partner at a hotel in Majorca after ‘smothering her with a pillow’

A British tourist has been arrested on suspicion of sexually abusing his partner at a hotel in the Majorcan holiday resort of Santa Ponsa.

The 50-year-old was held after the alleged victim called a receptionist for help, with local reports suggesting he hit her in the face and tried to smother her with a pillow.

Police today confirmed an arrest at the unnamed hotel, which occurred on Thursday afternoon around 5pm. 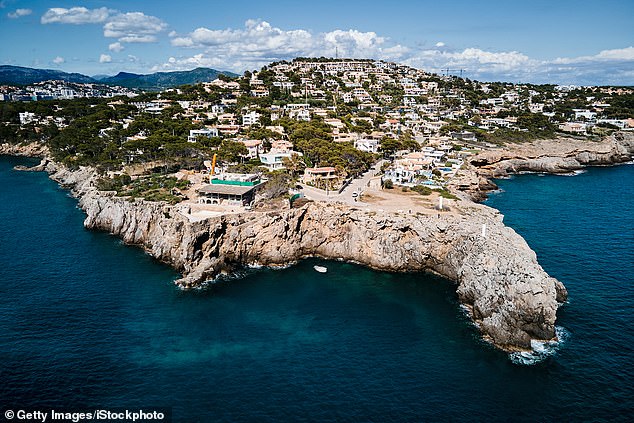 The woman, a 48-year-old also from the UK, was taken to hospital following the incident.

It was not immediately clear this morning if the detainee had appeared in court so a judge could decide whether to remand him in custody or release him on bail.

His partner would be asked if she wishes to press charges by the judge as part of standard procedure.

Respected island newspaper Ultima Hora said she was able to raise the alarm after her partner ‘stopped pressing a pillow on her face to smother her’ and left the room.

It said she had described him to police as ‘very violent’ and told cops he had punched her in the nose.

A spokesman for the Civil Guard said: ‘We have arrested a man on suspicion of sexually abusing his partner at a hotel in Santa Ponsa.’

Santa Ponsa is a 15-minute drive from Magaluf and forms part of the same municipality of Calvia.