A British backpacker was left with flesh hanging from his leg after being bitten by a spider in Cambodia.

Andrew Hodges, 56, was working in restaurants in the South East Asian country when he was nipped on his leg by a spider. He was just three weeks into the working holiday when he was bitten in the middle of the night.

Hodges suffered horrible leg injuries which saw his limb swell to twice its size – and even caused him to hallucinate and collapse.

He woke up in hospital and said doctors there initially wanted to cut his leg off. 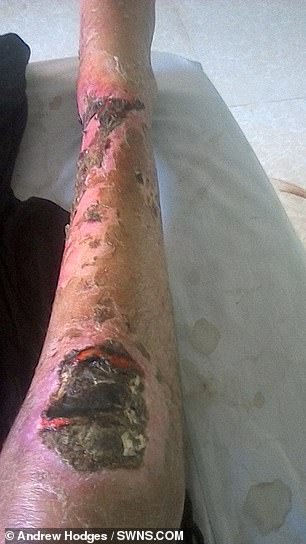 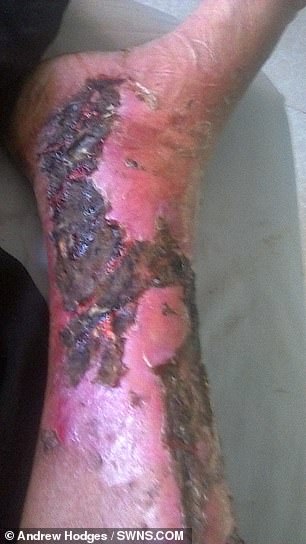 British backpacker Andrew Hodges, 56, was left with flesh hanging from his leg (left and right) after being bitten by a spider in Cambodia 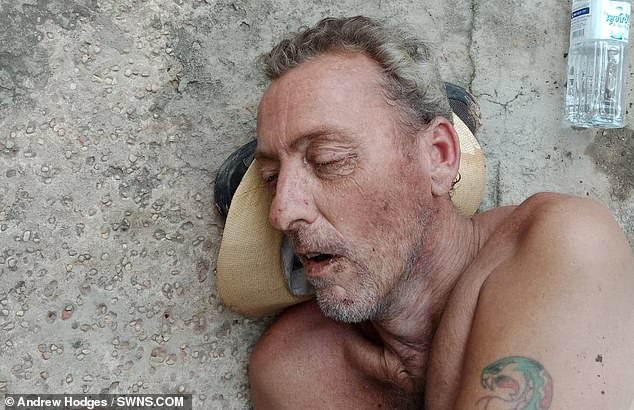 Hodges can be seen in Cambodia as his body battles the effects of the spider bite. He said the poison even caused him to hallucinate and collapse 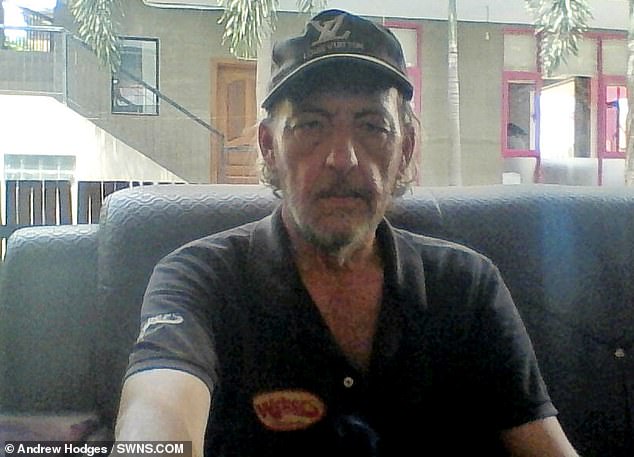 Hodges said he was bitten in 2018 but the injuries caused such horrific problems he has been unable to travel home.

Hodges, of Woking Surrey, said he’s also now stuck and unable to travel home because of the pandemic.

He said: ‘I ‘suspect it was a spider bite although I have no recollection of it happening.

‘I was acting very strange according to a next door neighbour, and my knee on my right leg was apparently twice the size.

‘It wasn’t until I collapsed in the street when a passer by found me and offered to take me to hospital.

‘I was left on a trolley with no medicine. 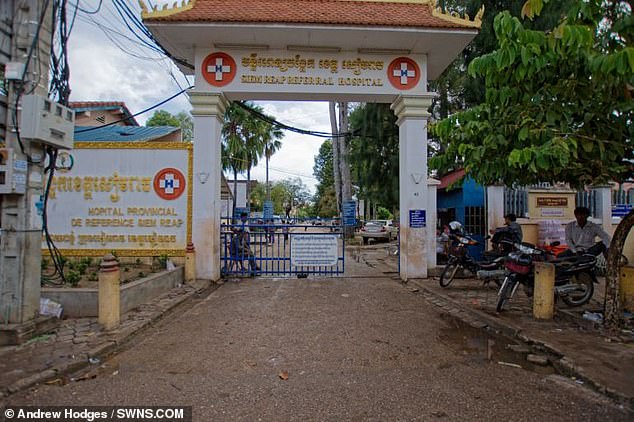 After collapsing, Hodges said he woke up in a Cambodian hospital (pictured), where doctors wanted to amputate his leg

‘I later received two drips and was laid on a mat on the floor to receive treatment, which is where I became conscious again.

‘I was given one injection a day, and after the fourth day, I was informed they were going to cut my leg off.

‘I wasn’t very happy with that idea, especially as I had no information of what happened or anything else.’

He later decided to escape the hospital in the early hours of the morning – with his leg severely damaged.

He said: ‘I got a tuk-tuk, got back to the apartment I was renting, and basically had to treat myself.’

Hodges said he managed to get hold of antibiotics along with various other medicine which he found through an internet search. 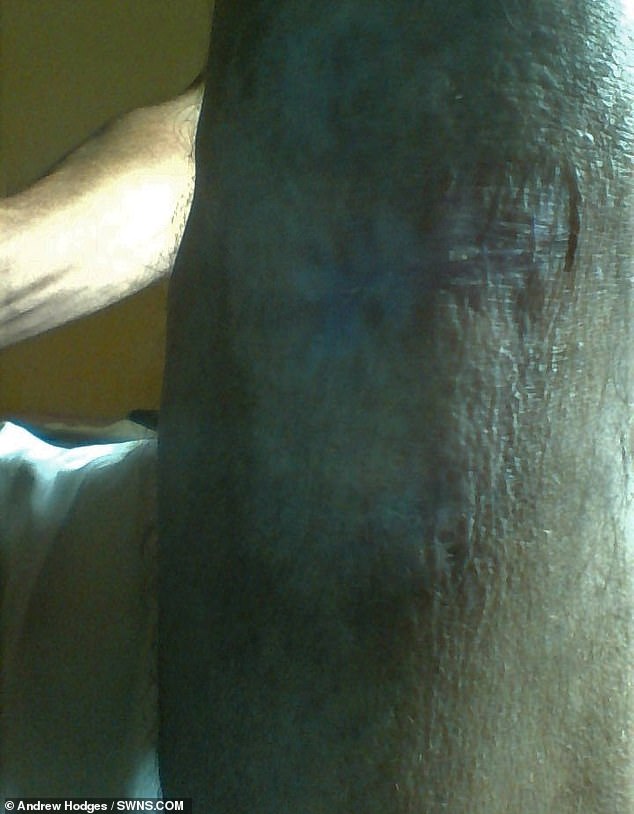 Hodges said it took around eight months for his leg to heal, using over the counter antibiotics, and there is still scarring from the wounds. Pictured: Hodge’s leg today

He said: ‘It took about eight months for it to heal, even though it’s not healed now, the bottom part of the ankle, because the leg exploded in three places – one under the knee, one on the bite, one on the bone of the ankle.’.

Hodge’s savings have been flushed away from paying for eight months worth of medicine.

He is also in debt from not paying his £200 a month visa due to not being able to walk to immigration.

‘I’m stranded anyway because you can’t get out of the country because of lockdown’ he said.

‘Even if I could fly, the main reason is the total costs here from what I paid in medical bills and eight months of medicines, all the money I had saved up slowly has drained away.’

He added: ‘The spider bite destroyed my whole life as I knew it and now I am reduced to poverty and will soon be on the streets of Cambodia.’

Hodges is hoping his brothers or other family in Woking will get in touch to help him.

END_OF_DOCUMENT_TOKEN_TO_BE_REPLACED

END_OF_DOCUMENT_TOKEN_TO_BE_REPLACED
Recent Posts
We and our partners use cookies on this site to improve our service, perform analytics, personalize advertising, measure advertising performance, and remember website preferences.Ok