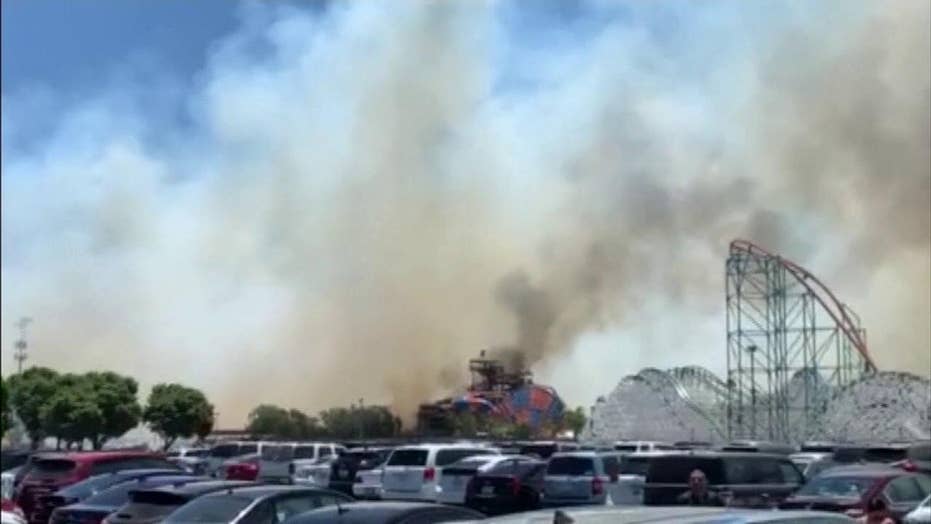 Guests were instructed to remain on the far end of the park while firefighters controlled the blaze.

Six Flags Magic Mountain and Hurricane Harbor were closed early after a brush fire in Southern California broke out nearby forcing hundreds of visitors to escape the clouds of smoke and ash.

It set off panic and confusion as visitors were first told by the park to evacuate and then asked by fire officials to stay put while they worked to contain the blaze.

Park visitors said many people didn’t know where they were supposed to go as smoke built up inside the park.

DEMOCRATS TURN ON EACH OTHER USING IDENTITY POLITICS

Shalane Gonzales, 34, said she saw people running out of the park in bathing suits.

“It was pretty scary. We saw trucks packing people,” Gonzales said. “They were just telling people to load up on their truck beds.”

Firefighters battled the 40-acre blaze in hot, dry and windy conditions during the first day of a heat wave baking the region in nearly 100-degree heat.

The cause of the fire was under investigation.

Magic Mountain is located about 40 miles north of Los Angeles; its twisting roller coasters are a familiar sight on the 5 Freeway.

Park visitors were asked to move to the back of the 260-acre property, away from firefighting activity near the entrance, said Rachel Gallat, who was visiting a friend who works at the park.

“I was getting iced coffee and when I walked outside, ash was raining down on me,” Gallat said. “There was a big cloud of smoke. I saw people around me panicking; they didn’t know where they were supposed to go.”

Six Flags said the park will reopen on its usual time Monday.