Brussels shock: Eurosceptic Salvini set to win next election due to ‘underestimated’ law

Chief economist and founder of ADA Economics Raffaella Tenconi told Bloomberg Matteo Salvini “will win” the next general election in Italy and warned the Deputy Prime Minister would gather “even more” support if thanks to a bill approved by both parties in Government delayed an early election until next year. Ms Tenconi explained: “Although the Democratic Party and the Five Star Movement (M5S) technically have sufficient MPs to take over, neither of them actually really knows what to do to revive growth.

“So taking over now is a short-term gain for parliamentarians but it’s a very, very high chance of complete devastation in terms of popularity in the media now.

“So Salvini is going to win, it’s only a matter of when.

“He can win now, relatively soon with an early election, or he can win even more in a year from now.

“One thing that I think people completely underestimate is the fact that there is a constitutional reform that the Northern League has accepted together with the Five Star Movement. 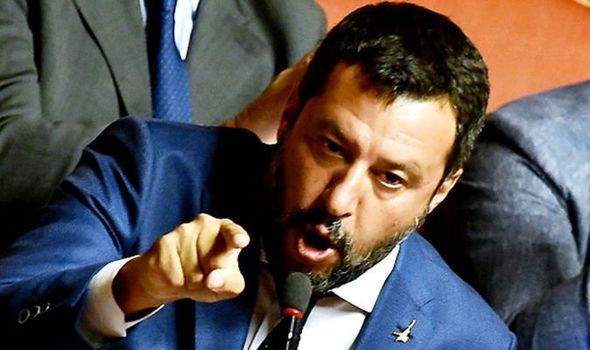 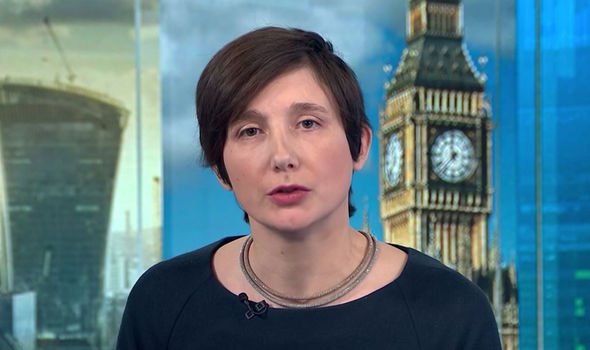 Salvini is going to win, it’s only a matter of when

“This is one of the things that the Five Star Movement is trying to push for approval.

“This constitutional amendment actually could very easily eventually give a stronger mandate to Salvini.

“So it’s not even obvious why M5S is insisting on getting this bill approved and avoid an election.

“Because, quite frankly, they have nothing to gain from it.”

The Lega leader said last week his coalition with the anti-establishment Five Star Movement had broken down and demanded early elections. 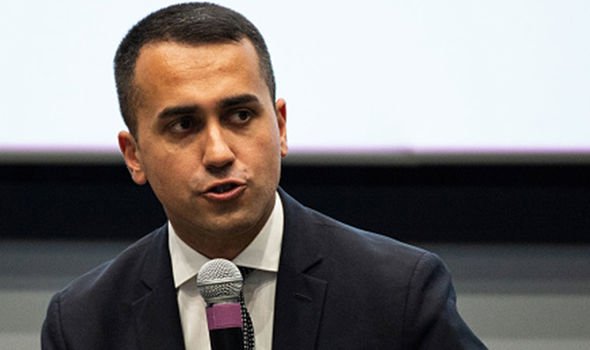 Mr Di Maio said in a Facebook post: “We are ready to head back to the polls, the League mocked Italians”.

Mr Salvini tabled a motion for a no confidence vote against Prime Minister Giuseppe Conte last week to be debated in the Senate.

A Senate panel failed to reach an agreement over a timetable for the debate. 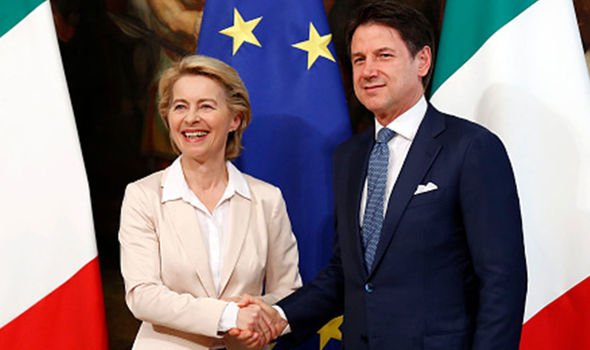 Politicians from all the parties in parliament left the meeting still arguing over when the League’s no-confidence motion should be heard.

They said Prime Minister Giuseppe Conte would address the Senate around August 20.

But this was opposed by the ruling right-wing Lega, along with Silvio Berlusconi’s Forza Italia and far-right party Brothers of Italy.

Now Senate Speaker Maria Elisabetta Alberti Casellati said a vote in the Senate will have to take place on Tuesday to confirm the date.

An Italian election could trigger disaster for the European Union after a shock Ipsos survey revealed if a new vote was held, right-wing parties – Lega, the far-right of Brothers of Italy and Silvio Berlusconi’s Forza Italia would take 50.6 percent of the vote.

The LSU Tigers have touched down in D.C. — finally! — but before meeting President Trump, the guys all took a trip to the National Museum of African American History and Culture. Everyone is there … from star QB Joe Burrow to RB Clyde Edwards-Helaire, WR Justin Jefferson and head

END_OF_DOCUMENT_TOKEN_TO_BE_REPLACED

Rick Rubin is no stranger to musical collaborations, but the super producer’s new project has him teaming up with a classic Cali brand that’s known more for shoes than song. Rubin unveiled a new capsule collaboration with Sanuk shoes this week, that re-imagines the footwear brand’s classic slip-on sandal. The

END_OF_DOCUMENT_TOKEN_TO_BE_REPLACED

Gwyneth Paltrow has been absolutely ridiculous in the first weeks of 2020. First there was her gross ass-exposing ruffled Fendi monstrosity at the Golden Globes. Then it was the Goop candle named, I kid you not, This Smells Like My Vagina. The candle sold out (at $75 a pop) and

END_OF_DOCUMENT_TOKEN_TO_BE_REPLACED

Queen Elizabeth is “privately unhappy” at the money spent on renovations at Prince Harry and Meghan Markle‘s Frogmore Cottage — as staff at the UK abode are being “redeployed” following the couple’s bombshell Megxit announcement, according to new reports. Taxpayers shelled out 2.4 million British pounds — more than $3

Lord Of The Rings TV Show On Amazon Gets Cast Reveal

It may have already been renewed for Season 2, but there still isn’t a lot known about Amazon’s upcoming Lord of the Rings series, until

HELEN Glover and Steve Backshall have revealed they’ve welcomed twins after their tragic miscarriage. The Olympian, 33, broke the news on Twitter today sharing a

END_OF_DOCUMENT_TOKEN_TO_BE_REPLACED

'Neighbour from hell' dumps SHIPPING CONTAINER in her front garden

Horrified residents are fuming after ‘neighbour from hell’ dumps a SHIPPING CONTAINER in her front garden as makeshift home extension Lillie Goddard, 44, installed a large grey steel container at her home in Swindon  She is using it to store possessions while she rents out her £170,000 property Ms Goddard and

END_OF_DOCUMENT_TOKEN_TO_BE_REPLACED
Recent Posts
We and our partners use cookies on this site to improve our service, perform analytics, personalize advertising, measure advertising performance, and remember website preferences.Ok