A California mother reacted Friday to a profanity-laced hot mic moment of Oakland school board members slamming parents over calls to have teachers return to in-person learning.

“If you’re gonna call me out, I’m gonna f*** you up,” exclaimed one board member.

“They want to pick on us because they want their baby sitters back,” added another before those on the Zoom call realized the meeting was open for all the parents to see and hear.

Ashley Stalf, whose six-year-old daughter attends the Oakland Union elementary school district, joined “Fox & Friends” to discuss the “heartbreaking” comments made by teachers and board members she considers as “family.”

“We meet regularly with the board as parents and we’re constantly sending in letters and emails and telling them our griefs and our strife’s over distance learning,” Stalf told Steve Doocy.

“It seems as of late that they mocked us, that we’re just complaining and we have nothing better to do.”

Stalf said parents now wonder what teachers and board members say about them in private.

“What are their true intentions, if they feel so freely that they can talk, you know, on a mic that may or may not be hot, what’s truly being said behind closed doors?” said Stalf. 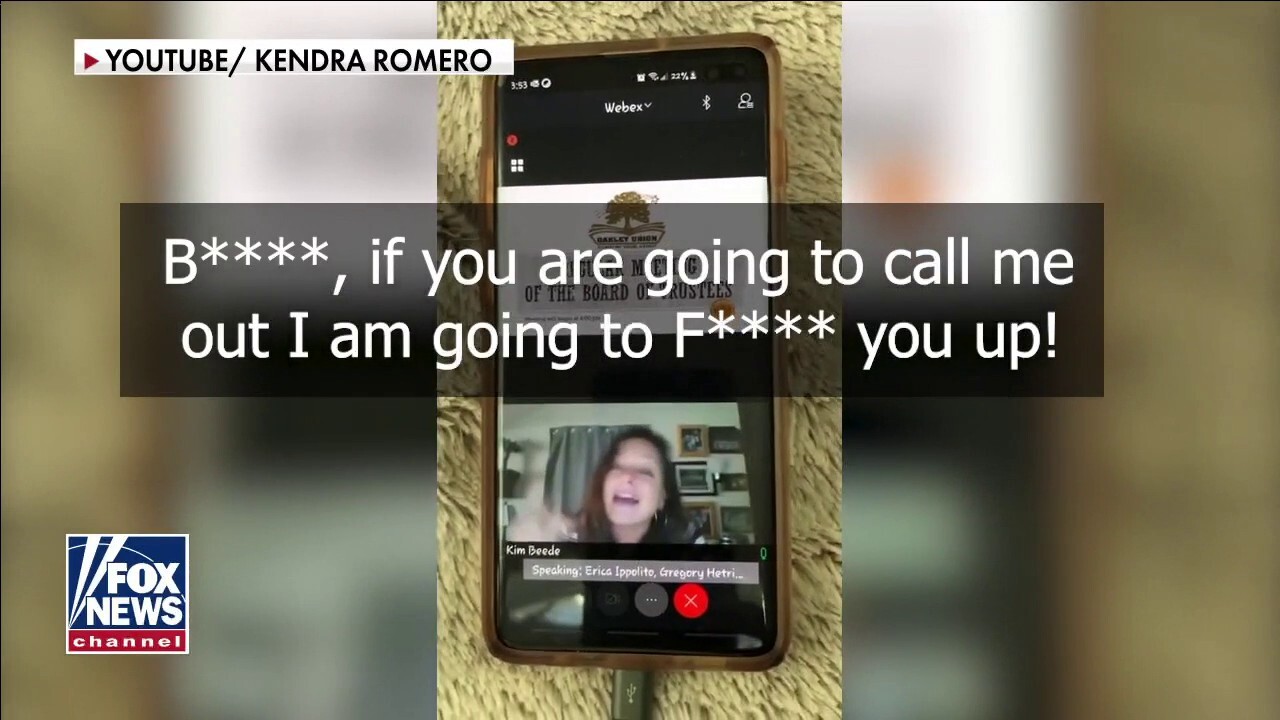 The California mother also said she was “disheartened” that nobody in the meeting spoke out against the comments, especially the school’s superintendent.

Greg Hetrick, the Oakley Union District Superintendent attempted to address the issue in a lengthy statement.

“The comments made were not in alignment with our vision and are definitely not what any of us stand for as leaders. I know that we lost with the community. I will not make excuses for what happened or why it happened” he wrote in part.

Parents across the U.S. are lobbying for their children to return to learning from teachers in classrooms as some students face the possibility of completing an entire school year without entering a classroom in addition to the months they lost at the end of the 2019-2020 school year.

Biden on Tuesday night distanced himself from previous comments by White House press secretary Jen Psaki that the administration’s goal for its first 100 days was to have more than 50% of schools open at least one day per week.

“What I’m talking about is I said opening the majority of schools in K-through-eighth grade because they’re the easiest to open, the most needed to be opened, in terms of the impact on children and families having to stay home,” Biden said.