Canada bans capture and breeding of dolphins and whales

Canada’s parliament on Monday approved a bill banning the capture and breeding of whales and dolphins in a move hailed by animal rights activists.

The measure is known as the ‘Free Willy’ bill after the 1993 movie, in which a young boy befriends and eventually frees a killer whale being held in an amusement park.

It makes capturing marine mammals punishable by fines up to $150,000 USD, but will not apply retroactively, meaning those already in captivity can stay confined. 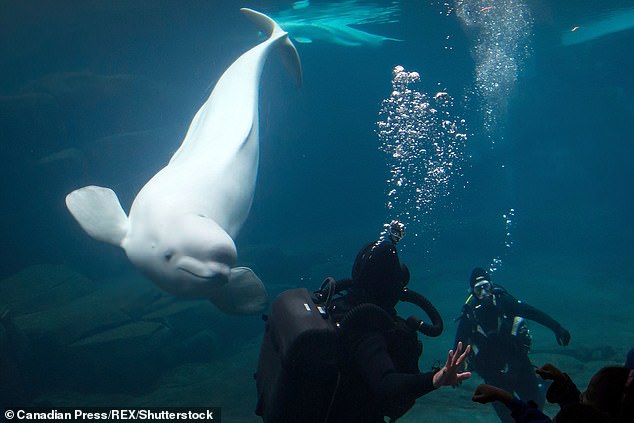 Canada’s parliament today approved the so-called ‘Free Willy’ bill that bans the capture or  breeding of cetaceans such as whales and dolphins. Pictured: Beluga whales at Vancouver Aquarium, Canada

And it will contain exceptions for marine mammals who require rehabilitation following an injury, or in other cases authorized by authorities.

‘This is such an important law because it bans breeding, making sure the whales and dolphins currently kept in tiny tanks in Canada are the last generation to suffer,’ Melissa Matlow, campaign director for World Animal Protection Canada, said in a statement.

‘We hope other countries will now follow Canada’s lead and that travel companies will also realize the declining acceptance for these types of attractions.’ 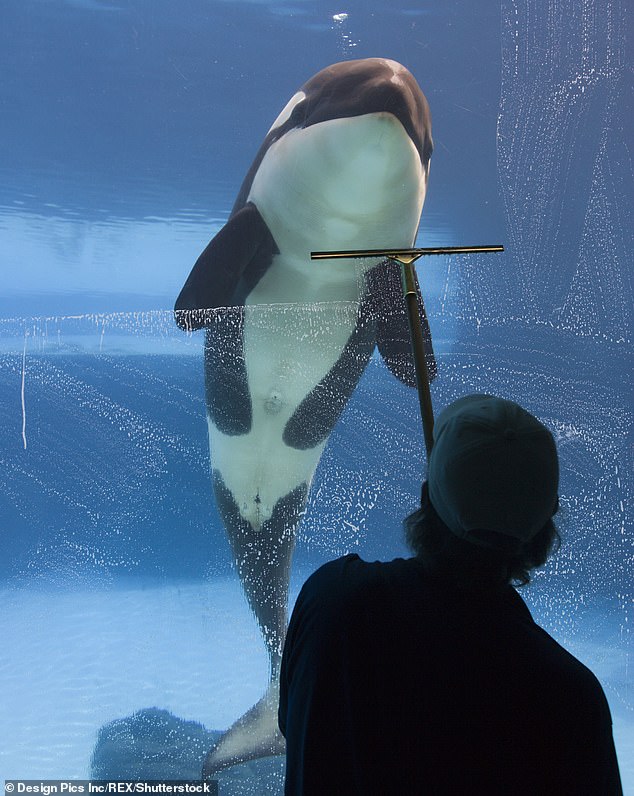 The bill will not apply respectively, so whales and dolphins in captivity will not be freed. Pictured: An orca and a window cleaner at a marine park in Ontario, Canada

‘Canada is now one of 11 leading countries that have taken a progressive stand against the keeping and breeding of whales, dolphins and porpoises for entertainment,’ with Costa Rica and Chile among the others, said Nina Devries, the spokeswoman for the animal rights group.

First proposed in 2015, the bill is now awaiting only the symbolic royal approval.

‘Nothing fantastic ever happens in a hurry. But today we celebrate that we have ended the captivity and breeding of whales and dolphins. This is news to splash a fin at,’ animal rights group Humane Canada wrote on Twitter.

Humane Canada was one of many animal rights groups to welcome the ‘Free Willy’ bill, which passed in parliament today 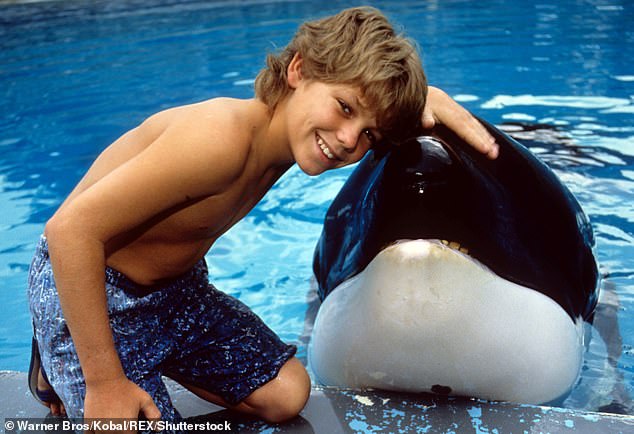 A backlash has been growing in recent years against theme parks that showcase whales and dolphins.

Marineland in Niagara Falls and the Vancouver Aquarium are the only facilities in Canada with cetaceans in captivity.

It comes on the same day that Prime Minister Justin Trudeau announced Canada will ban single-use plastics from 2021, declaring it a ‘global challenge’ to phase out the grocery bags, straws and cutlery clogging the world’s oceans.

Each year, a million birds and more than 100,000 marine mammals worldwide are injured or killed by becoming entangled in plastic or ingesting it through the food chain.