Celebrity hair stylist who accused his heiress ex of tricking him into a ‘sham wedding’ for publicity launches legal battle to keep $31,500 sheepskin CHAIR with bull horns and bronze goats feet they received as a marriage gift

A celebrity hair stylist has filed a lawsuit against his heiress ex seeking possession of a $31,500 chair that they received as a gift at their ‘sham wedding’.

William Jordan Blackmore, 37, believed he tied the knot to longtime girlfriend Andi Potamkin, 31, in a star-studded ceremony back in 2015, only to learn three years later that they were not legally wed.

New York-based Blackmore filed a lawsuit against his ‘wife’ last year, alleging that she had told the celebrant not to get ordained so that the nuptials would not be legally binding.

Blackmore said Potamkin simply wanted a lavish wedding ceremony for publicity, and did not actually want to be his wife.

He later dropped that lawsuit, but the pair are now embroiled in a messy legal battle over their possessions – including the bespoke chair.

The snazzy seat – known as the ‘Beast Chair’ – was designed by the Haas Brothers, and is covered in Icelandic sheepskin, according to The New York Post. 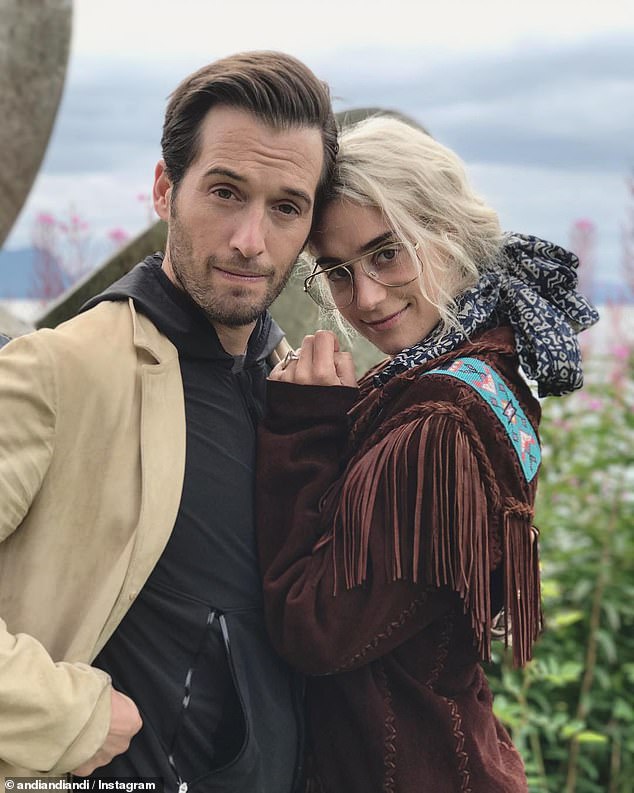 Celebrity hair stylist, William Jordan Blackmore, has filed a lawsuit against his heiress ex Andi Potamkin seeking possession of a $31,500 chair that they received as a gift at their ‘sham wedding’. The couple are pictured in happier times 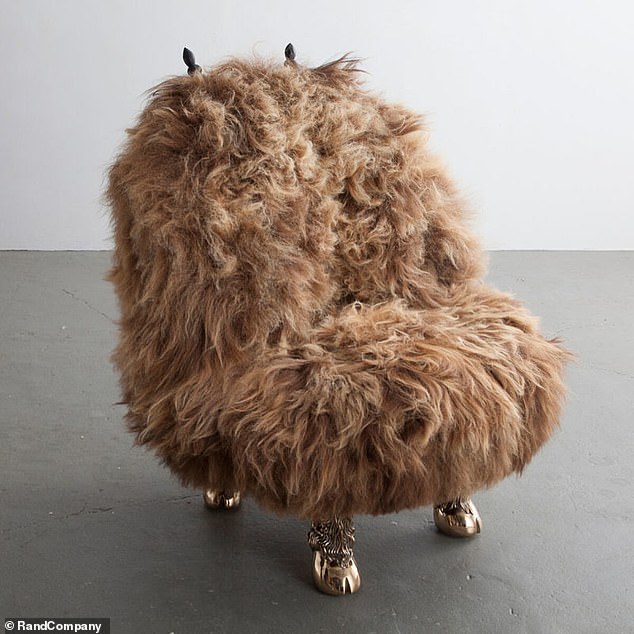 The ‘Beast Chair’ – was designed by the Haas Brothers, and is covered in Icelandic sheepskin, according to The New York Post

Legal documents filed last week reveal that he is also hoping to offload other items that he and Potamnkin received at their ‘wedding’.

They include an $8,500 bar cart and a high-end digital clock.

Blackmore also claims that Potamkin is refusing to give back six artworks that he originally owned before their ‘marriage’ – including an original Andy Warhol.

Blackmore has filed a counterclaim, saying he should keep the cash from the sale. 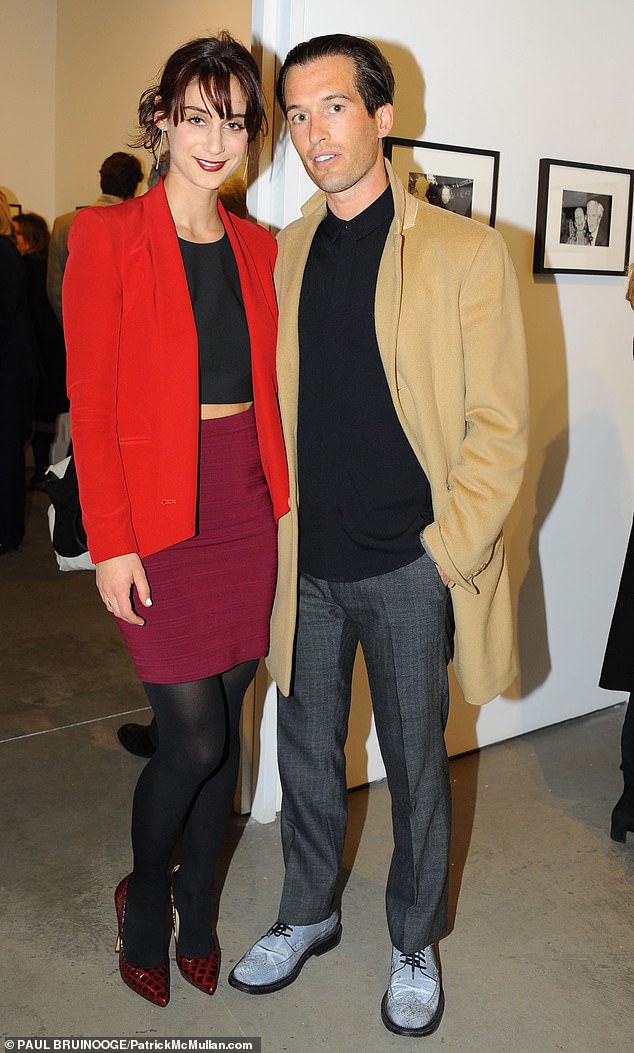 Blackmore and Potamkin met at a Miami nightclub in 2006, and became engaged in 2010

Blackmore and Potamkin met at a Miami nightclub in 2006, the year she turned 17 and he turned 22.

They fell in love and got engaged four years later when Blackmore proposed with a $90,000 ring.

Their 2015 ‘wedding’ was held at the $3,000-per-night Amangiri resort in Utah, and was attended by guests including Elizabeth Olsen.

Those in attendance were told ‘frequent outfit changes encouraged’ as they took part in zip-lining, hiking and poker among other activities at the extravaganza dubbed ‘the dreamiest desert wedding you’ve ever seen’. 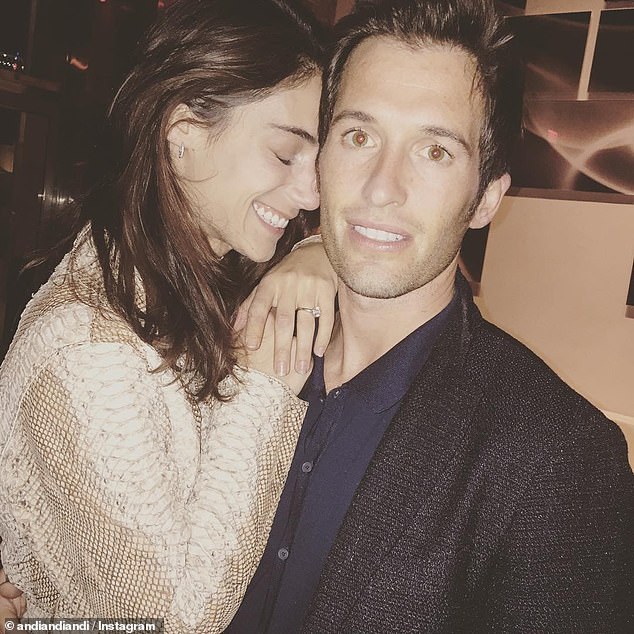 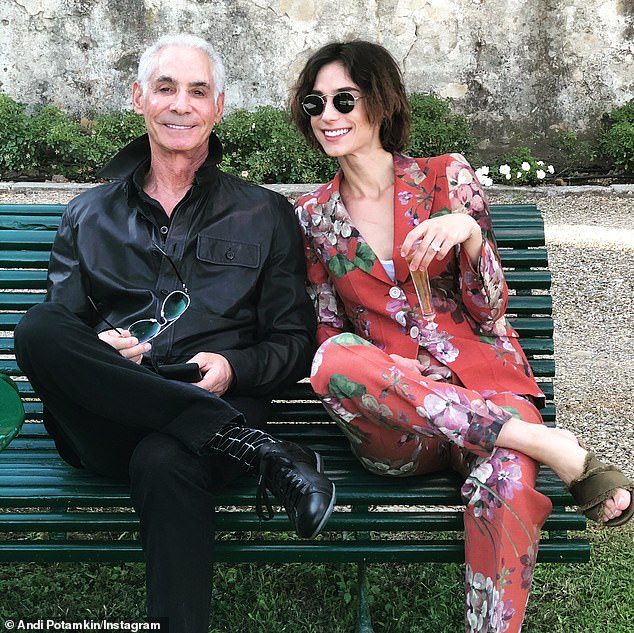 Potamkin is pictured with her millionaire dad Alan Potamkin (pictured). According to last year’s lawsuit ‘Alan did not want his daughter to be legally married to Jordan because he was afraid that Jordan would not sign a prenuptial agreement before the wedding’

According to Blackmore’s 2019 lawsuit, he claimed that it was Potamkin’s wealthy father, Alan, who did not want her to be wed.

The lawsuit claimed: ‘The truth was that Andi never wanted to marry Jordan; she just wanted a lavish wedding experience, a public-relations stunt and the attention that came with it’.

Alan wanted ‘to give his daughter the fantasy experience and attention she so desired, with no lasting consequences under law’ the suit adds.

It went on: ‘Alan also did not want his daughter to be legally married to Jordan because he was afraid that Jordan would not sign a prenuptial agreement before the wedding. So Alan and Andi fraudulently induced Jordan unwittingly to participate in a wedding that was a sham.’

Blackmore filed the lawsuit in May of last year, but it was later dropped. 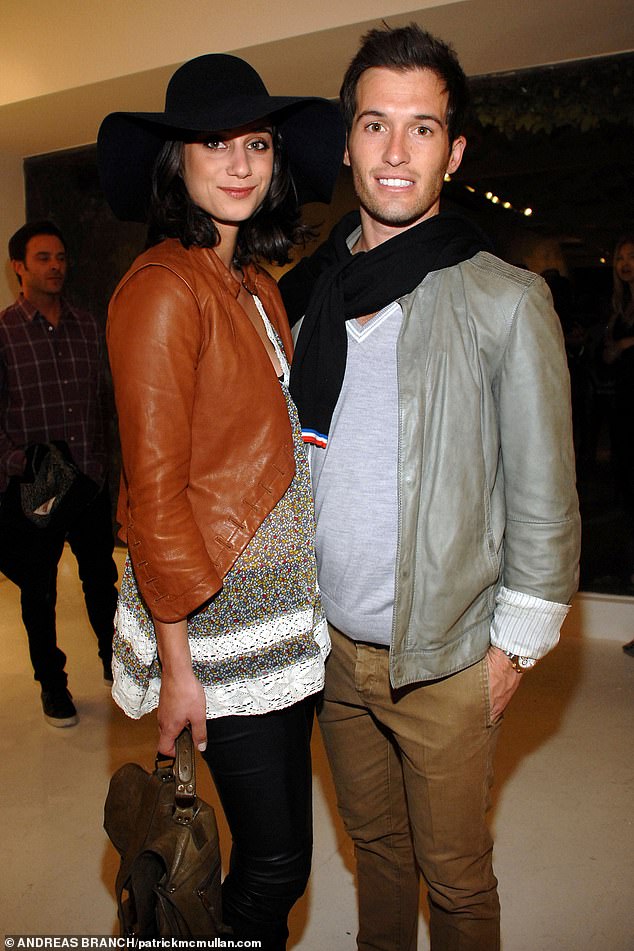 Blackmore filed the ‘sham marriage’ lawsuit in May of last year, but it was later dropped. The couple are pictured together back in 2011

END_OF_DOCUMENT_TOKEN_TO_BE_REPLACED

END_OF_DOCUMENT_TOKEN_TO_BE_REPLACED
Recent Posts
We and our partners use cookies on this site to improve our service, perform analytics, personalize advertising, measure advertising performance, and remember website preferences.Ok