Big cat fight! Brave mama cheetah chases off 330lb male lion after it tried to eat her cubs in Kenya

A brave mother cheetah chased off a prowling lion three times her weight after he tried to eat her cubs in Kenya.

Dramatic images captured by Kisemei Saruni, 35, at the Maasai Mara National Reserve showed the moment the cheetah fled from the lion before turning the tables and chasing the would-be hunter away.

Saruni, who captured the images from 130 metres away, said: ‘I was on a regular drive tour while we were viewing a leopard and her cubs when a male lion came out of a bush not far from us.

‘The lion was just casually strolling around his territory when he saw the cheetah and the cubs. The lion ran to the cubs and at first the mama cheetah surrendered and ran away, only to change her mind and chase the lion away.’

A cheetah chase usually lasts less than a minute and covers just 200-300 metres. At full speed, the cheetah takes three strides a second, covering seven-metres per stride. Cheetah females are solitary creatures and usually raise their cubs alone, hiding them in dens by day, and teaching them hunting skills as they grow.

With her maternal instincts kicking in, the cheetah spun around and gave chase to the lion, turning the tables and causing the bigger cat to flee 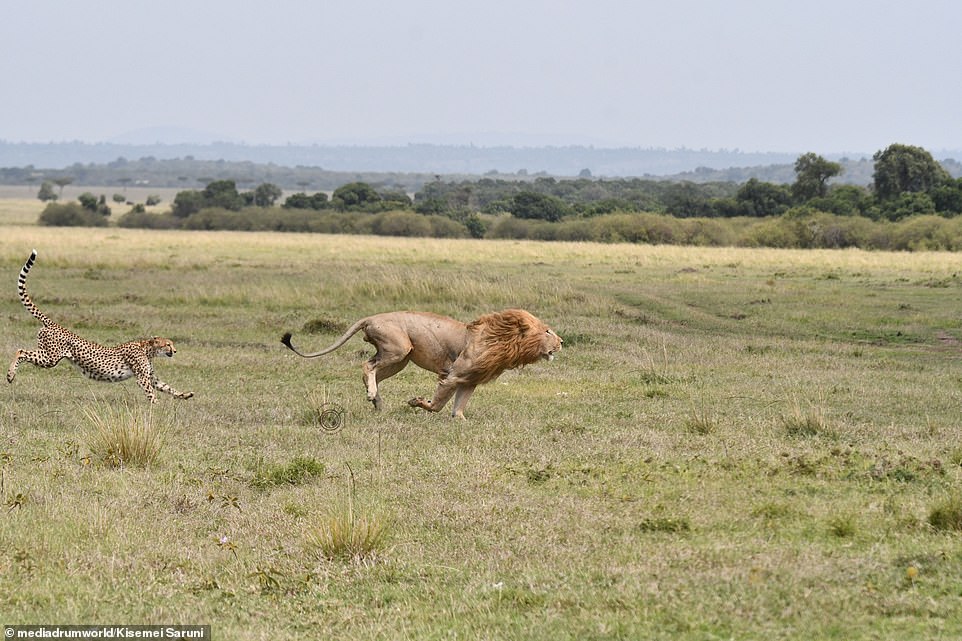 The cheetah acts to drive the lion in a direction away from her cubs. A cheetah chase usually lasts less than a minute and covers just 200-300 metres 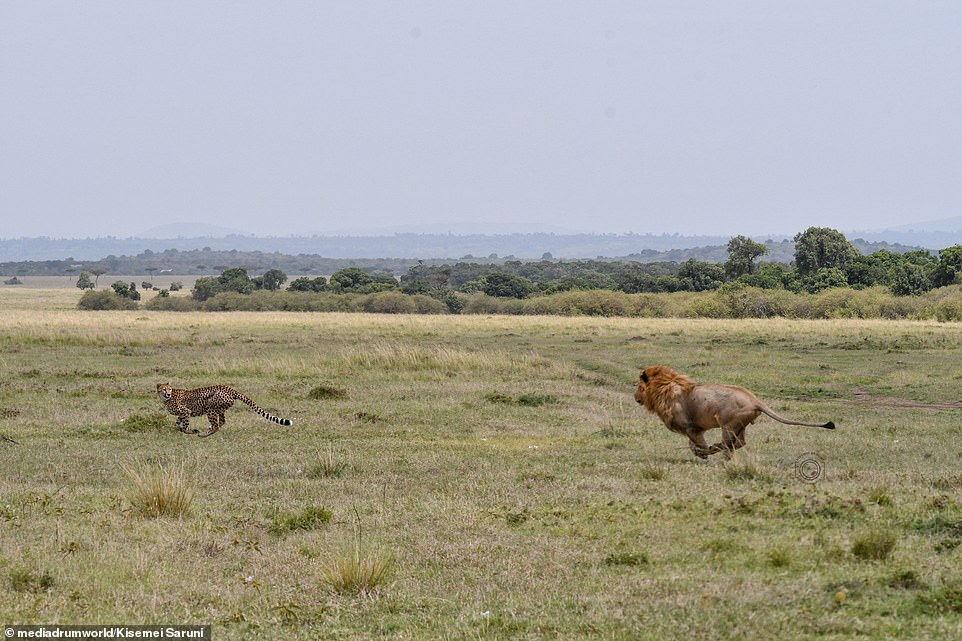 With a possible meal in sight, the lion attempted to separate the young cubs from their mother by chasing her away across the plain 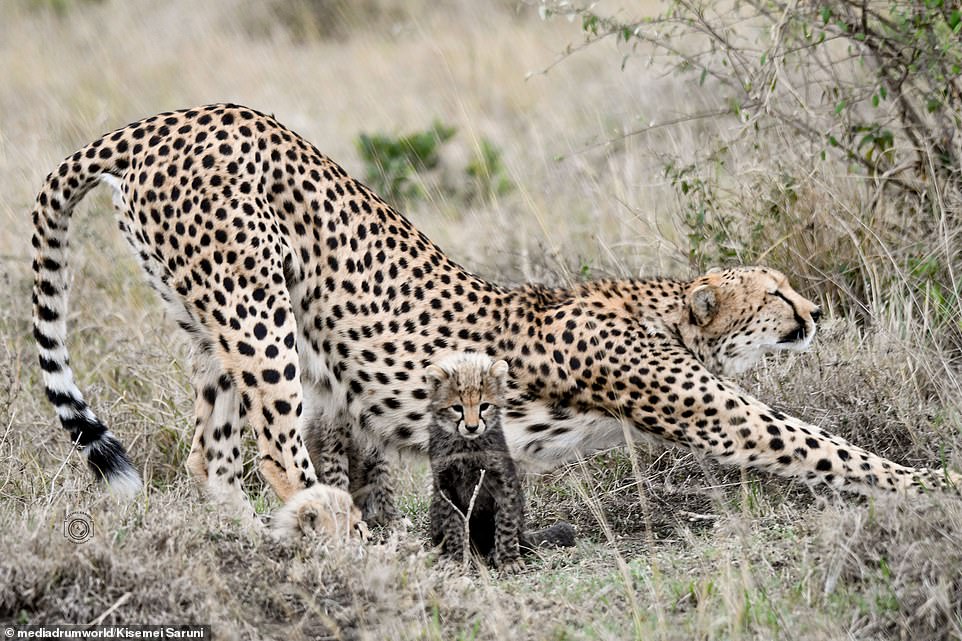 With the lion having been successfully chased away, the mother cheetah adopts a defensive position next to her cubs 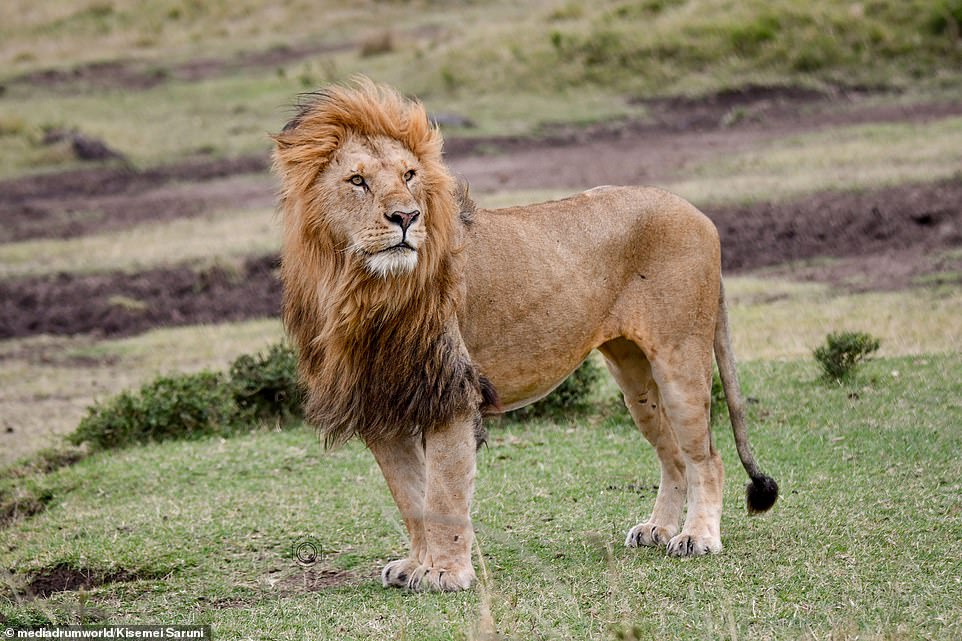 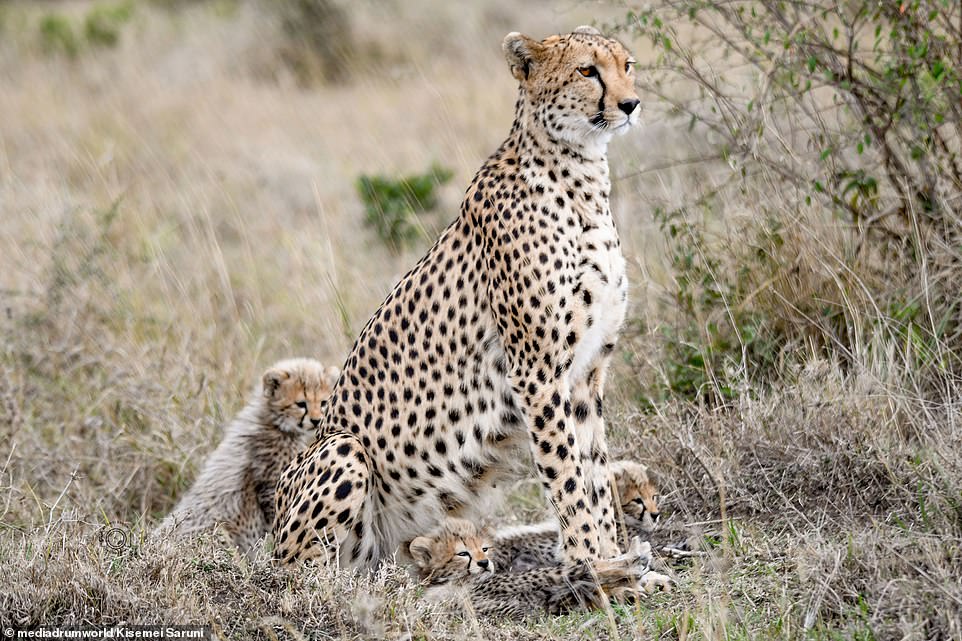 With no immediate threat of danger to her cubs, the mother cheetah sits down and surveys the area, with her cubs sat around