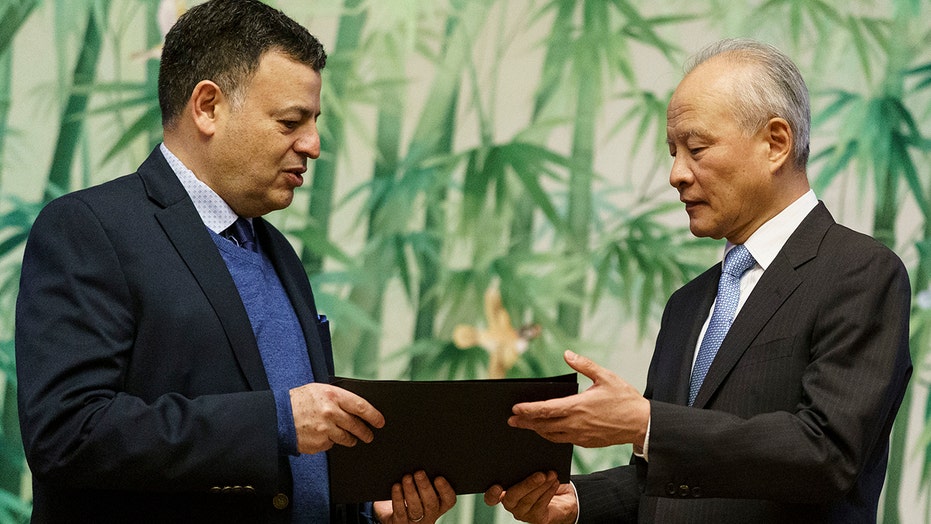 China’s ambassador to the United States suggested in a televised interview Sunday that the World Health Organization should investigate whether the coronavirus outbreak began somewhere in America rather than Wuhan.

CNN host Fareed Zakaria asked Ambassador Cui Tiankai if the virus had leaked out of a Wuhan lab before becoming a global pandemic.

“I think when people make accusations, they have to prove these accusations,” Cui replied, telling Zakaria that WHO scientists were currently working in the city to “look at all the facts.” 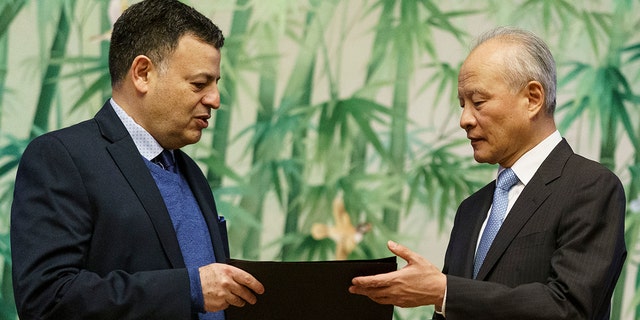 WASHINGTON, DC – FEBRUARY 26: David Bernstein (L) president and CEO of the Jewish Council for Public Affairs, delivers an open letter to Chinese Ambassador to the United States Cui Tiankai at the Chinese embassy on February 26, 2020 in Washington, DC. The U.S. Jewish community has voiced its support in an open letter for "their friends in the Chinese American and Chinese communities" against xenophobia over the novel coronavirus outbreak. (Photo by Ting Shen/Xinhua via Getty Images)

Zakaria asked if that meant those scientists would be granted “full access to China” during the investigation.

“They are already in Wuhan,” Cui replied. “They have been in Wuhan for quite a few days. My questions is, will they be allowed to come here to do the same thing?”

The virus is widely believed to have originated from a bat in Wuhan, the capital of China’s Hubei Province. But it’s unclear whether the first human case was contracted in a laboratory at the Wuhan Institute of Virology there or from a bat at a so-called wet market – outdoor bazaars where meat, fish and produce are sold.

The WHO has so far refused to confirm whether COVID-19 originated in China, even as President Biden seeks to strengthen ties with the organization, which former President Trump had accused of being in China’s pocket.

The U.S. State Department on Jan. 15 said it had “reason to believe” scientists in Wuhan may have been infected with COVID-19 in the autumn of 2019, but Beijing has worked hard to prevent a transparent investigation into the origins of the virus.

“The [Chinese Communist Party] has prevented independent journalists, investigators, and global health authorities from interviewing researchers at the WIV, including those who were ill in the fall of 2019,” the State Department said. “Any credible inquiry into the origin of the virus must include interviews with these researchers and a full accounting of their previously unreported illness.”

In the same CNN interview, Cui claimed that China’s alleged Uyghur reeducation camps in Xinjiang were “Just like a campus. Not a labor camp, but campus.”

China has denied a number of allegations about its treatment of the Uyghurs, an ethnic Muslim minority. But American authorities have issued sanctions on the country and businesses in Xinjiang for alleged forced labor and other human rights violations against the Uyghurs, including torture, forced birth control and organ harvesting.