Chinese celebrities have been warned that they could be blocked from performing for life if they break one of the 15 rules in a new moral guideline.

Stars could face a life-long ‘industry boycott’ for harming national interests, promoting drugs or fooling audience with lip-syncing, according to the regulation. 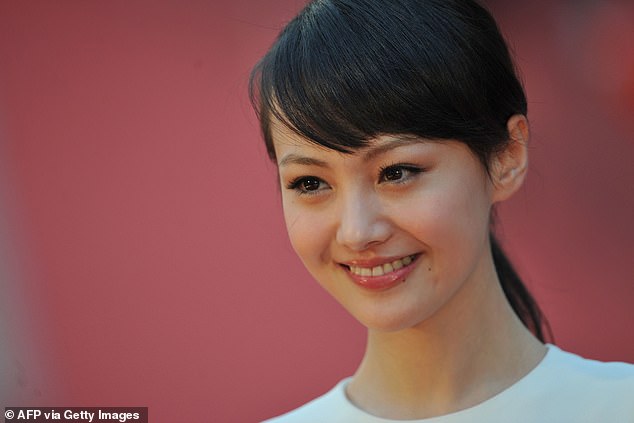 Chinese entertainers could face a permanent ban if they fail to comply with a new moral guideline. The picture shows actress Zheng Shuang, who was banned in the nation after using a surrogate mother to give birth to her twins and then threatening to abandon the babies 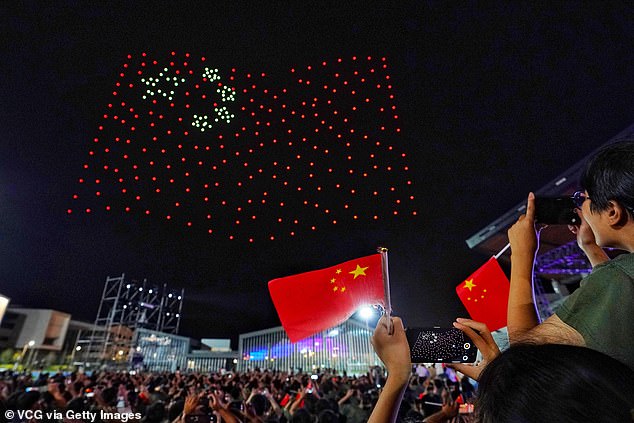 The directive also urges all performers working in the nation to love China, obey the Chinese laws, and support the Chinese Communist Party’s policies. The pictures show people watching drones forming the Chinese national flag at an event in Nanjing on September 17, 2019

The wide-reaching rules cover various parts of life on and off the stage. It is set to be imposed on all performers taking part in live entertainment shows in China in fields covering music, theatre, dance, opera and acrobatics.

Idols can also land themselves in trouble if they cause negative social impacts with drink-driving, driving without a licence or hit-and-runs.

According to the official document, offenders of the guideline will face a ‘joint industry boycott’ for one, three, five years or for good, depending on the severity of the circumstances and degree of harm.

Offenders must also submit an application to an ‘ethics construction commission’ three months before their penalty term ends for permission to return to the limelight.

Entertainers working in the nation are urged to love China, obey the Chinese laws and support the Chinese Communist Party’s policies.

They are also prompted to practise the core values of socialism and advocate positive energy. 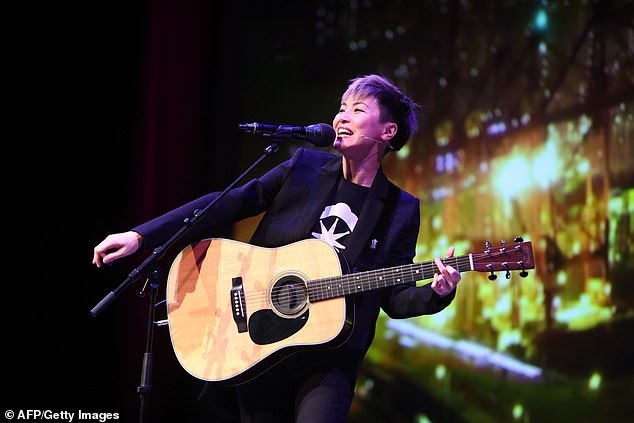 The strict guideline is titled the ‘Management Method of Professional Self-disciplining for Performers in the Performing Arts Industry’ and will kick in from March 1.

It was released today by China Association of Performing Arts, a non-profit organisation supervised by China’s Ministry of Culture and Tourism.

The state-affiliated society has 31 provincial-level branches and almost 10,000 members, including performing groups, performing venues, event-organising companies, ticketing companies and artists agencies, according to its website.

The warning to showbiz stars was enhanced by state-run media outlets on Friday.

On Weibo, the Chinese equivalent to Twitter, state newspaper People’s Daily cited two trending hashtags that read ‘performing arts industry clarifies 15 banned activities by entertainers’ and ‘offending entertainers could be boycotted by the industry for good’.

‘One should learn about morality before arts, be a decent human before acting,’ wrote CCTV, citing a famous Chinese saying. 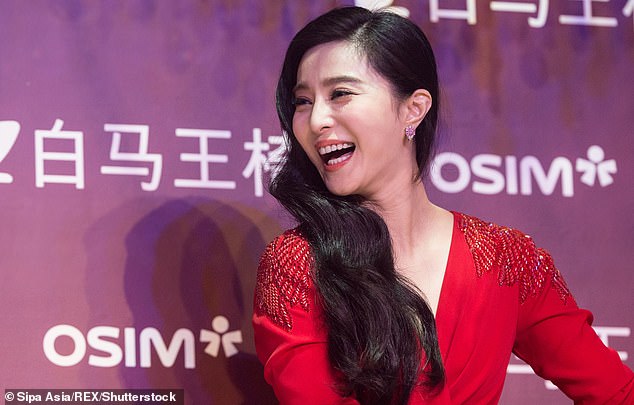 Renowned Chinese actress Fan Bingbing (pictured in June, 2018) had to beg forgiveness from her country and vow her loyalty to the Communist Party after embroiling in a tax scandal

The China Association of Performing Arts did not say why it had decided to introduce such a policy now, but Chinese consumers have become increasingly vocal about their expectations for the behaviour of companies and celebrities, especially foreign ones.

Last month, Italian luxury label Prada ended all cooperation with Chinese actress Zheng Shuang, whom it had just appointed as a brand ambassador.

The move came after Ms Zheng was alleged to have used a surrogate mother in the United States to give birth to her twins before threatening to abandon the babies following a breakup with her boyfriend.

Ms Zheng was subsequently banned from appearing on TV by Beijing’s show business watchdog before announcing to withdraw from the entertainment industry.

In 2019, Hong Kong singer Denise Ho saw her concerts pulled and album banned in China for seeking support from the US for the city’s pro-democracy protests, which China views as separatism.

Renowned Chinese actress Fan Bingbing had to beg forgiveness from her country and vow her loyalty to the Communist Party in 2018 after embroiling in a nearly £100million tax evasion scandal.

END_OF_DOCUMENT_TOKEN_TO_BE_REPLACED

SPACEX’s Starship SN10 prototype rocket exploded minutes after successfully landing on a concrete pad on Wednesday. The rocket stood upright on the ground for about 10 minutes before suddenly bursting up with its tail in flames due to a possible methane leak.  The high-altitude flight test in Boca Chica, Texas,