Not one elected member of the City of Melbourne will publicly comment about the more than $35,000 chief executive Justin Hanney received as part of a personal fundraising campaign to take part in the Sydney to Hobart yacht race.

Hanney launched the fundraising campaign through the Australian Sports Foundation’s website to cover “equipment, crew and costs” for the 2020 race and raised $35,855, which included two anonymous donations worth some $4500 and $9000. 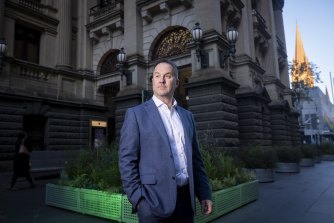 The race was cancelled due to COVID-19 concerns, but event records indicate Hanney also registered to take part in the 2021 competition as the co-owner of Protagonist, a 12-metre yacht manned by a crew of nine.

The Age contacted, the local government’s nine councillors, Deputy Lord Mayor Nicholas Reece, Hanney and acting chief executive Alison Leighton on Thursday, but none would speak on the record. Lord Mayor Sally Capp, who is on leave, was also contacted.

When the City of Melbourne was asked about its gift policy and whether Hanney had disclosed the donations, the council responded that it would not comment on the issue at this time.

Hanney, who was appointed chief executive in 2019, is the City of Melbourne’s most senior officer, responsible for providing advice to elected members and overseeing the implementation of council decisions. 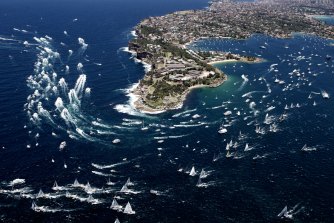 The start of the Sydney to Hobart yacht race.Credit:Brendan Esposito

There is no suggestion of wrongdoing on Hanney’s part. However, large anonymous donations raise transparency questions for the council.

“People can’t see where the donors are from and whether they have any involvement in local government, it’s a transparency issue,” she said.

“Senior staff would have a role in decision-making around policies and permits and approvals, and any interests that would conflict with the independent decision-making of staff should be disclosed.”

Aulby said all senior staff including council chief executives should be included in transparency register policies and the logs made public.

When The Age approached the Australian Sports Foundation for comment it was told the organisation did not disclose any fundraising campaign details beyond those available on the website.

The council’s chief executive employment and remuneration policy does not cover gifts and donations.

An internal City of Melbourne guideline calls for a register of gifts to staff to be available for public inspection on request. The Age tried to book a same-day visit to inspect the register on Thursday, but was unsuccessful.

The Age made several attempts to contact the City of Melbourne’s senior leadership on Thursday but did not receive a response. Council representatives confirmed that Hanney was overseas, Capp was on leave and Reece was interstate.

Some councillors refused to publicly comment on the issue, while others did not answer The Age’s requests. Leighton directed all queries to the media team, which refused to answer questions on the issue.