Takeaway-loving Jamie Simpson, 31, had also paid for new teeth and was on a strict diet ahead of the operation at a Turkish clinic.

But his dreams of slimming down were dashed when cops caught him driving a van stuffed with 186kg of coke on the M6 in August last year.

Simpson, from Warrington, Cheshire, was jailed for more than 11 years in April in a case that can only be reported now.

A source said: “He’s always been a greedy pig but looks like he’ll only be gorging on prison food from now on.”

Despite being regarded as the kingpin, Simpson was apparently just a courier for several gangs in Liverpool and Manchester. 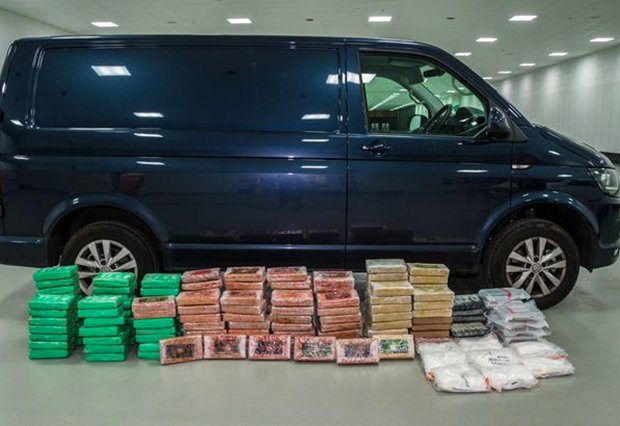 He allegedly earned around £1,000 for each kilo he transported meaning he would have netted £186,000 for the run he was caught on.

But sources said he agreed to take the blame for gang bosses as punishment for losing them a fortune.

A source said: “If you’re the boss you’re not going to risk driving £20million of cocaine down the motorway in a van are you?”

Dramatic footage of the raid was released yesterday as it was revealed that 17 crooks were also jailed following the raid.