Ian Lavery, Jon Trickett and Laura Smith, who all served on Jeremy Corbyn’s frontbench, made the call as they warned working class Leave voters were still ‘highly sceptical’ about the party.

Sir Keir, who was shadow Brexit secretary, played a major role in getting the party to campaign for a second referendum.

But he has been making a major play of the fact Labour is under new management as he tries to restore its fortunes after the worst poll result for more than 80 years. 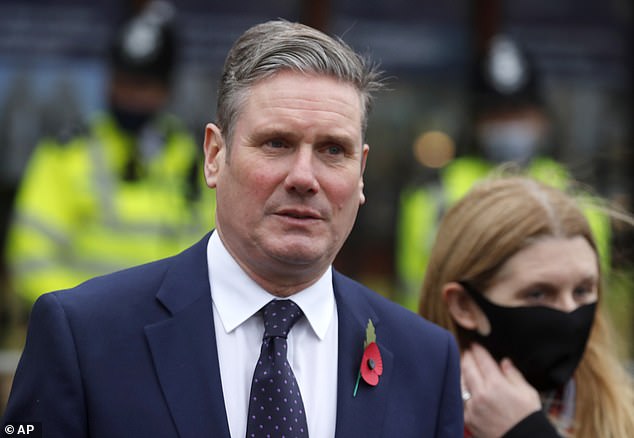 Sir Keir Starmer, who was shadow Brexit secretary, played a major role in getting the party to campaign for a second referendum at the last election

Mr Lavery, a former party chairman, and Mr Trickett were in the shadow cabinet, while Ms Smith – who lost her seat in December – was a more junior frontbencher.

Writing for HuffPost UK they said: ‘Labour got it wrong on a second referendum.

‘The party went against one of the only times in recent history that people felt they could finally express their justified anger at the present political system.

‘To rebuild trust that has been lost and restore people’s trust in politics, Labour should say sorry. This is not only about Labour winning elections but restoring faith in democracy.

‘We do not believe that the party can move on until it has put this issue behind us.

‘For those who will say that the matter is behind us and we should move on, we say it will not do to whitewash or to ignore the recent past.

‘The country, our voters and our activists all deserve an explanation and perhaps an apology by the party for our actions in the years after the referendum up until the December election.’

The three ex-shadow ministers are launching a report called No Holding Back, which is the result of 50 virtual events with Labour groups. 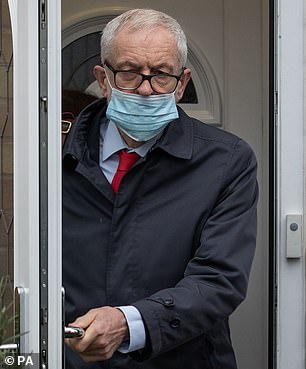 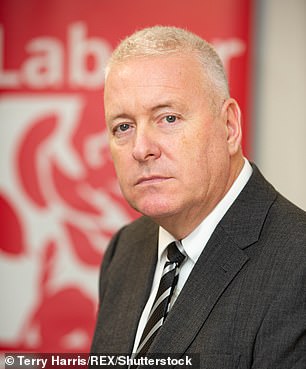 Ian Lavery (right), a former party chairman, and Mr Trickett were in the shadow cabinet under Jeremy Corbyn (left), while Ms Smith – who lost her seat in December – was a more junior frontbencher

END_OF_DOCUMENT_TOKEN_TO_BE_REPLACED

END_OF_DOCUMENT_TOKEN_TO_BE_REPLACED
Recent Posts
We and our partners use cookies on this site to improve our service, perform analytics, personalize advertising, measure advertising performance, and remember website preferences.Ok