A COVID-19 infected resident from a nursing home with one of the biggest outbreaks of the deadly virus in Victoria “wandered” out of the facility and spent almost an hour in the community.

More than 120 cases of COVID-19 have been linked to Cumberland Manor nursing home in Sunshine North.

The disappearance of the resident on August 8 raised fears about a lack of staff to cope with the large number of infected residents and keep them separate from those who had tested negative to COVID-19. 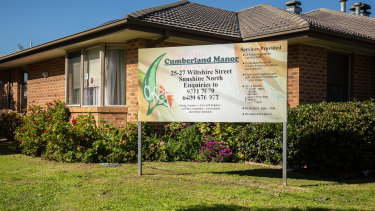 “It is gobsmacking that a resident who tested positive left this aged care home,” said Aged Care Matters Director Sarah Russell. “It indicates there was not enough staff on duty to supervise residents.”

The federal regulator of aged care providers had two days earlier taken regulatory action against Cumberland Manor, after determining there was “an immediate and severe risk to the health, safety or wellbeing” of residents.

Cumberland Manor referred The Age to the Department of Health and Human Services for comment.

The Victorian Aged Care Response Centre said the resident “wandered through an exit door that was in frequent use for waste removal”.

“The resident in question who was cognitively impaired and with high needs left the facility for a brief period before being found by staff from Cumberland Manor,” the centre, which brings together Commonwealth and Victorian state agencies to manage the impact of COVID-19 in aged care facilities, said in a statement.

“The resident had been relocated to another room and was unsettled due to a new environment.”

A source told The Age the resident, who was behaving in an aggressive and agitated manner, knocked on the door of one home, banged on cars and grabbed someone’s mail after leaving Cumberland Manor. 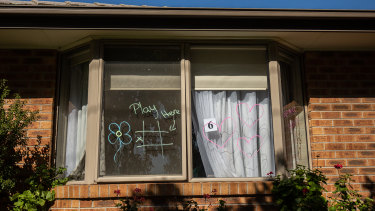 “The resident who absconded was constantly wandering around – she would go through into the green zone,” the source said.

“There was little that could be done about barricading and keeping people out of these sections unless you had somebody watching the residents all the time and there wasn’t enough staff. I don’t think it’s anybody’s fault, it’s purely the situation. The facility was not equipped for something like this.”

Dr Russell said creating green and red zones within an aged care home would be a logistical nightmare particularly when some residents have dementia.

“Residents with dementia may not understand the importance of remaining in a certain area of the aged care home,” she said. “Those who are familiar with walking freely around the aged care home would most likely continue to do so.”

A deep clean of impacted areas was undertaken to sanitise all points that the woman possibly came into contact with.

“DHHS and the Department of Health were both advised when this incident occurred and measures were tightened to ensure residents with cognitive impairments remain in care,” the centre said.

It said the Commonwealth had provided workforce support to Cumberland Manor over a number of weeks: “The facility is currently considered as stable.”

An infection prevention and control specialist from Aspen – the international agency contracted by the federal government to help nursing homes deal with COVID-19 outbreaks – has been based in Cumberland Manor to monitor and strengthen prevention and infection controls.

Aged Care Quality and Safety Commissioner Janet Anderson said Cumberland Manor had been issued with a notice to agree on August 6.

“The notice was issued based on escalating concerns about the seriousness of the outbreak at the service, the provider’s response, and complaints from consumers and families about the information available to them and the safety and quality of care at the service,” Ms Anderson said.

Under the terms of the notice to agree, Cumberland Manor is banned from accepting more residents until it “can demonstrate to the commission’s satisfaction the serious risk to care recipients at the service has been addressed”.

It must also appoint an independent adviser, conduct daily meetings with the commission and regularly communicate with families of residents.

END_OF_DOCUMENT_TOKEN_TO_BE_REPLACED

END_OF_DOCUMENT_TOKEN_TO_BE_REPLACED
Recent Posts
We and our partners use cookies on this site to improve our service, perform analytics, personalize advertising, measure advertising performance, and remember website preferences.Ok