A non-working period is under way in Moscow, meaning most state organisations and private businesses have suspended operations, after daily coronavirus infections and deaths in Russia reached an all-time high.

Schools, gyms, entertainment venues and most stores have now closed in the Russian capital as part of efforts to help slow the spread of the virus. Restaurants and cafes can only offer takeout or delivery services.

Access to museums, theatres, concert halls and other venues is limited to people holding digital codes on their mobile phones to prove they have been vaccinated or recovered from COVID-19. 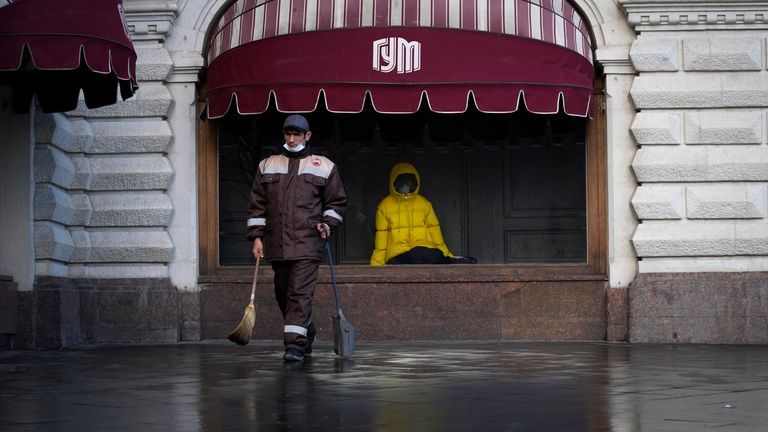 The Russian government’s coronavirus taskforce confirmed 1,159 deaths in the past 24 hours – the country’s largest daily figure since the pandemic began.

Russia’s official death toll in the crisis now stands at 235,057, by far the highest in Europe.

President Vladimir Putin has ordered workplaces to close across the country between 30 October and 7 November in an effort to help slow the spread of the virus.

Mr Putin has also instructed local officials to close nightclubs and other entertainment venues and ordered unvaccinated people older than 60 to stay at home.

The number of new daily infections in Russia rose by 40,096 on Thursday, topping a previous record reached earlier this week. The government hopes that the non-working period will help curb the spread by keeping most people out of offices and public transportation.

But many Russians quickly sought to take advantage of the time for a seaside holiday ahead of the long winter season.

The worried authorities in southern Russia moved to shut down entertainment venues and limit access to restaurants and bars to prevent a spike in cases. The sales of package tours to Egypt and Turkey also jumped. 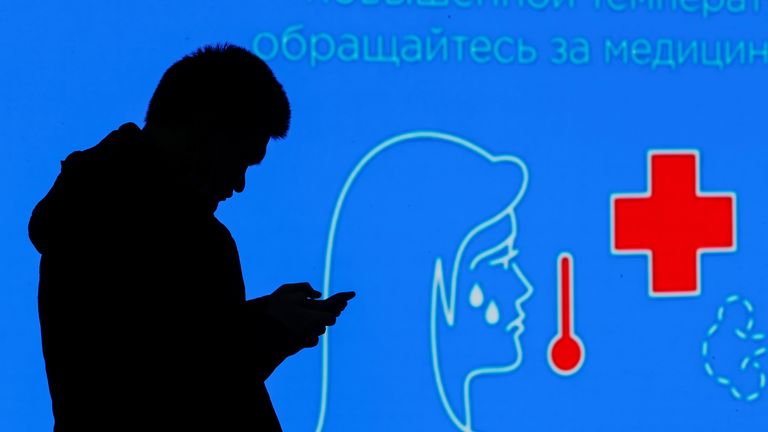 Authorities have blamed the surging contagion and deaths on the slow pace of vaccinations. Only about 49 million Russians – about a third of the country’s nearly 146 million people – are fully inoculated.

Russia was the first country in the world to authorise a coronavirus vaccine in August 2020, proudly naming the shot Sputnik V after the first artificial satellite to showcase the country’s scientific prowess.

But the vaccination campaign has slumped amid widespread public scepticism blamed on conflicting signals from authorities.

Mr Putin said last week: “There are just two options for everyone – to get sick, or receive a vaccine.

“And there is no way to walk between the raindrops.”

Regional officials have made shots mandatory for certain categories of workers, but Mr Putin rejected proposals to make them compulsory for everyone, emphasising they should remain voluntary.

Kremlin spokesman Dmitry Peskov said on Thursday that authorities would continue efforts to persuade Russians to get immunised until the goal of attaining collective immunity is achieved.

“This is an ongoing campaign that must and is being carried out on a permanent basis,” Mr Peskov said, dismissing a newspaper report alleging that authorities plan to relaunch a campaign promoting vaccination. “We need to persuade everyone.”

Asked if the Kremlin might eventually make vaccines mandatory, Mr Peskov said only that authorities would closely monitor the numbers.

“We will see how the situation evolves,” Mr Peskov said during a conference call with reporters. “For now, the numbers don’t give grounds for optimism.”