Covid-hit bar owner, 47, reveals how intensive care doctors told his wife he was going to die as they spent 17 minutes bringing him back to life from cardiac arrest

A bar owner who survived a string of health scares after his bout of Covid has revealed intensive care doctors warned his wife he was going to die.

Andrew Mikhail, 47, was in cardiac arrest for almost 20 minutes while doctors and nurses in the intensive care ward of Wigan Hospital battled to save his life.

The businessman, who owns a string of hotels and bars in Southport, Merseyside, texted friends and family to say ‘look after my kids’ less than an hour before his heart stopped beating.

At one point he came so close to death that worried doctors told his wife he had ‘no chance’ of recovery.

Andrew survived his scare but spent six weeks on a ventilator – developing sepsis, holes in his lungs and a chest infection before he was brought back to full consciousness.

Against all odds, the father-of-four battled back from his close brush with death and is rehabilitating to get back to his normal self.

He admits he sees the world ‘completely differently now’ and takes pleasure in life’s simplest things. 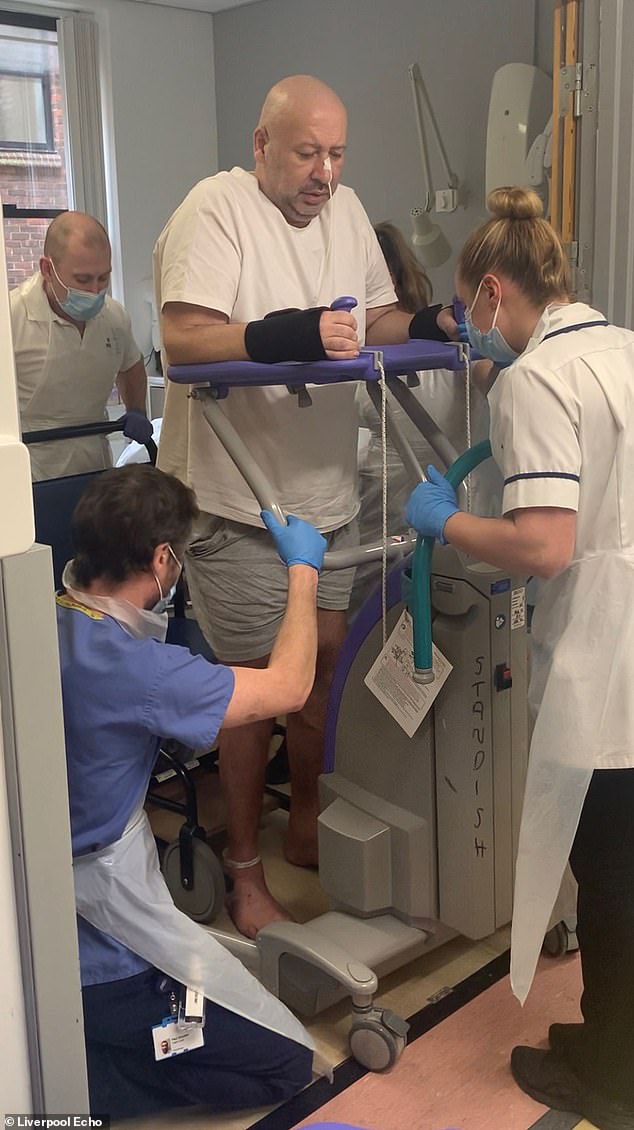 Andrew Mikhail, 47, (pictured) was in cardiac arrest for almost 20 minutes while doctors and nurses in the intensive care ward of Wigan Hospital battled to save his life

Andrew’s nightmare  began after he and his wife, Vicky Mikhail, tested positive for Covid-19 on Boxing Day last year.

By December 29, Andrew was struggling to breathe was taken to Wigan Hospital and transferred to the ICU.

Andrew said: ‘Within a couple of days a consultant came over to me and said “look your lungs are deteriorating, we need to put you on a ventilator”.

‘I remember saying “no way”. I had just so happened to be watching something that said only one in 10 people who go onto a ventilator come off it, so I was basically saying I am not going on.

‘They could see I was getting stressed so they left me, but it was getting harder and harder to breathe.

‘I was still refusing to go on it, but all the time I am seeing sights that are not nice sights. People around me are dying, I am watching people getting shocked [with a defibrillator]. 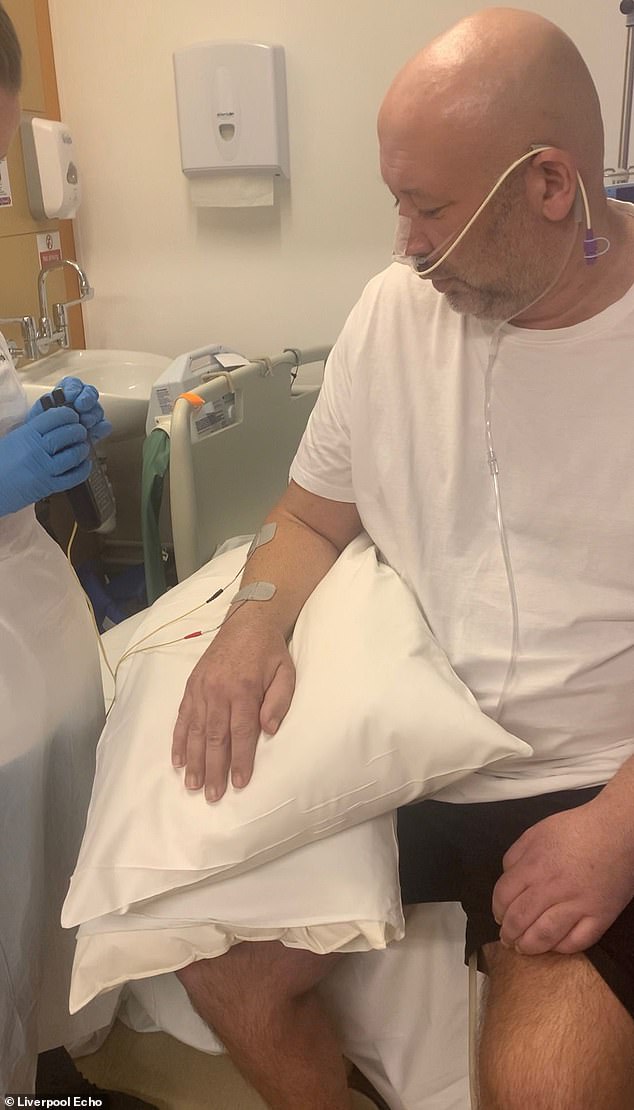 On day 16 of his stay in hospital, Andrew was told by a consultant that his only ‘slim’ chance of survival rested on being put on mechanical ventilation.

He finally relented and allowed doctors to put him on a ventilator – but admitted he sent text messages to family and friends in which he believed he was going to die.

‘They did it straight away, and that’s the last thing I remember.’

As Andrew was sedated staff at the hospital called Vicky and advised her to come in. 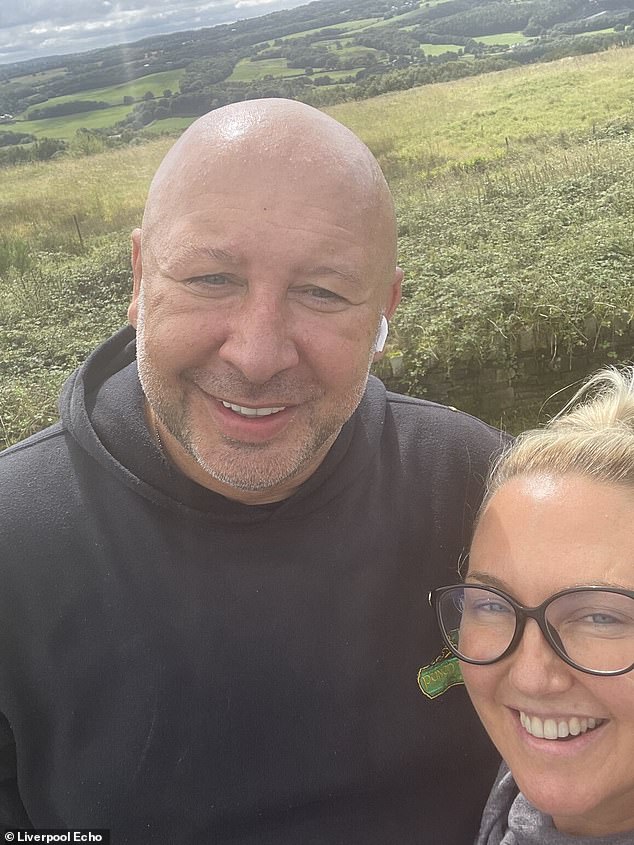 But by the time Vicky arrived at hospital, Andrew had gone into cardiac arrest and was on the verge of death.

‘When my wife got there they told her “he is not going to make it, I am sorry to tell you he’s going to die”,’ he said.

Despite the bleak outlook, Andrew survived and in late February the process of easing him off the ventilator began.

Eventually Andrew began to recover, and he was able to finally go home after four months in April this year.

He has slowly started to increase the distance he walks, from a handful of yards to now a few hundred metres.

Andrew said: ‘Before I got covid me and Vicky would walk for miles, we would go up Parbold Hill two or three times a week.

‘I said to her “I am going to climb that before Christmas”. She said don’t be stupid, just take it slowly but I was like “no I can do this”.’

Despite his lungs still not being fully recovered, Andrew completed his goal with months to spare and shared the news on Twitter alongside a selfie with Vicky.

Andrew said he has plans to raise money for a recovery unit to help patients who have been in long term intensive care and to support their families, and will announce plans in the near future.