TWO D-DAY veterans who served on the same ship have reunited for the first time 75 years on – despite living just 20 miles apart.

Ernest Green, 93, and Robert Barnett, 93, were able seamen on HMS Redpole when it sailed for Normandy's Juno Beach on June 6, 1944. 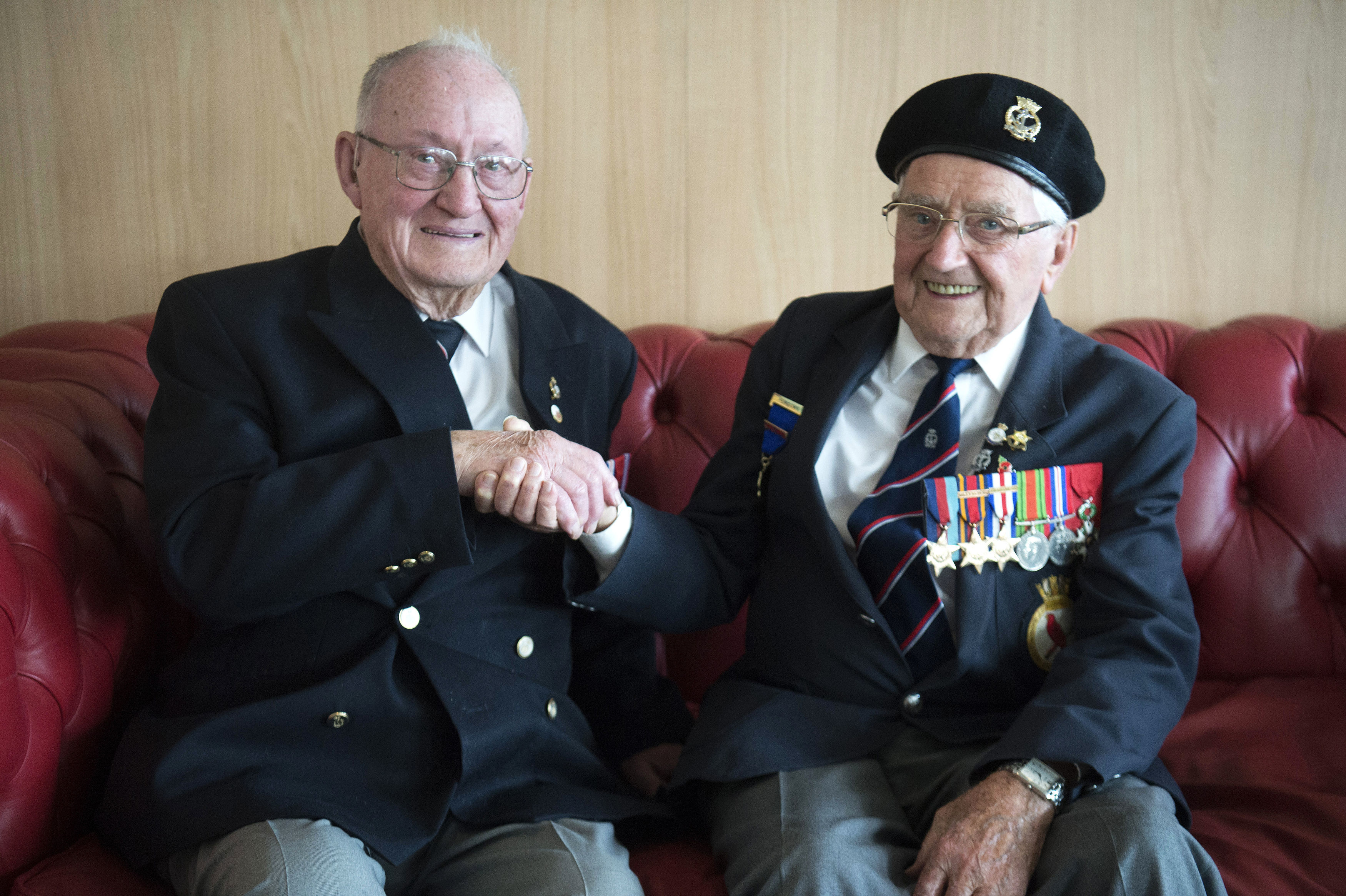 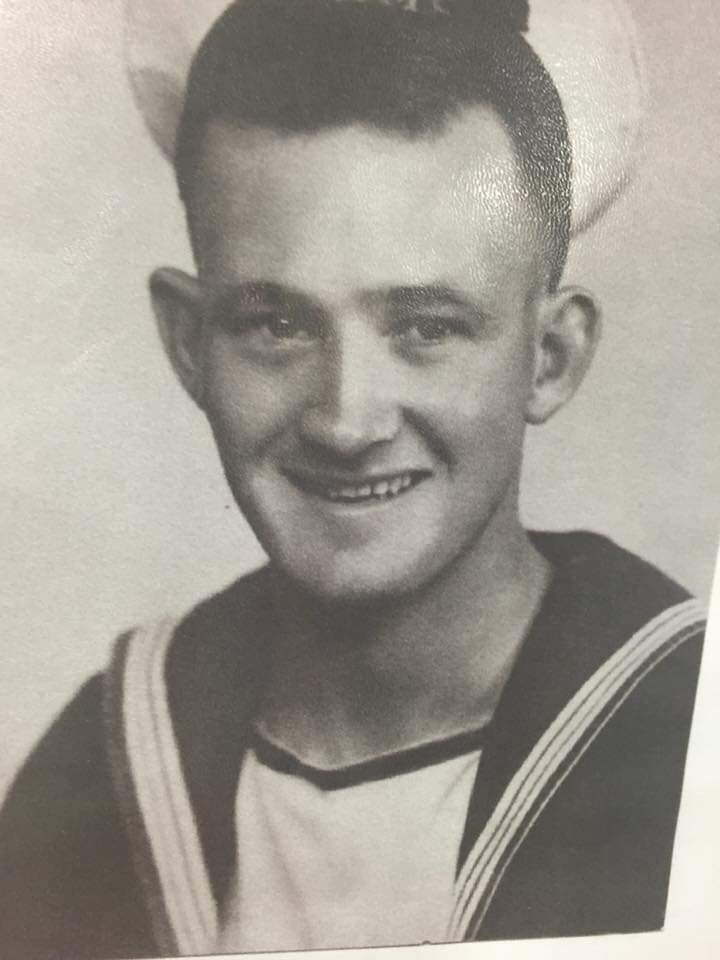 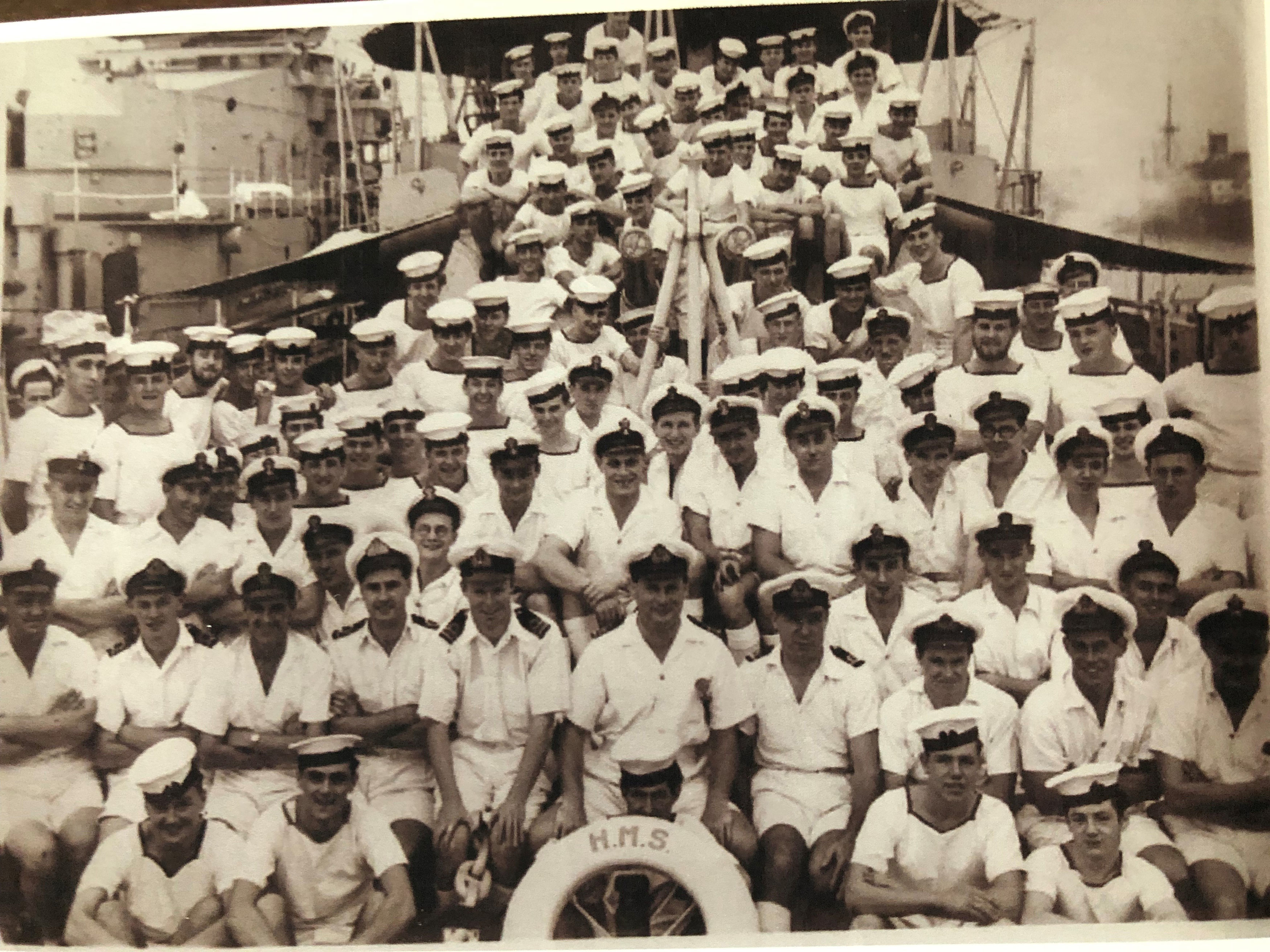 On Wednesday, the World War Two heroes met for the first time since the end of the Second World War at the National Commemorative Event in Portsmouth.

Mr Green, from Wareham, Dorset said: "It is marvellous."

The chance reunion came about after one of Mr Green's relatives heard Mr Barnett being interviewed about serving on HMS Redpole.

It comes as Theresa May, Donald Trump and Emmanuel Macron joined veterans and wellwishers in Normandy for today's memorial events.

Ernest and Robert shared a drink on board a ship chartered by the Royal British Legion as they retraced their 1944 journey to France.

Mr Barnett, from Christchurch, Dorset, said: "We have reminisced about what happened, what we did on board."

Mr Green replied: "Yes – we were the busiest."

The veterans recalled how they waited at anchor for 12 hours on June 6 before proceeding to Juno Beach at 4pm.

Both men were emotional as they described the most horrific memory of D-Day as they saw Canadian troops killed in the water.

To see the chaps who were dead in the water. I'm sorry, I get emotional when I think of it

They were both manning guns on the ship, protecting landing craft from air and sea attacks.

Mr Green said: "To see the chaps who were dead in the water.

"I'm sorry, I get emotional when I think of it."

Mr Barnett added: "We couldn't do anything.

"We had picked them up the day before, in the afternoon, on the Isle of Wight."

They then attempted to bring the trooper home.

Mr Green said: "We left and were coming back to Portsmouth when the big ship in front of us exploded.

"She was gone in 15 minutes. The Maid of Orleans. There was 10 of the crew killed.

"We couldn't pull them up because it would have taken us out of the convoy."

'GUN BLEW MY EARS OUT'

The veterans served on the ship for three years, manning different guns, before leaving in 1946.

Pointing to his hearing aids, Mr Green said: “It blew my ears out.” 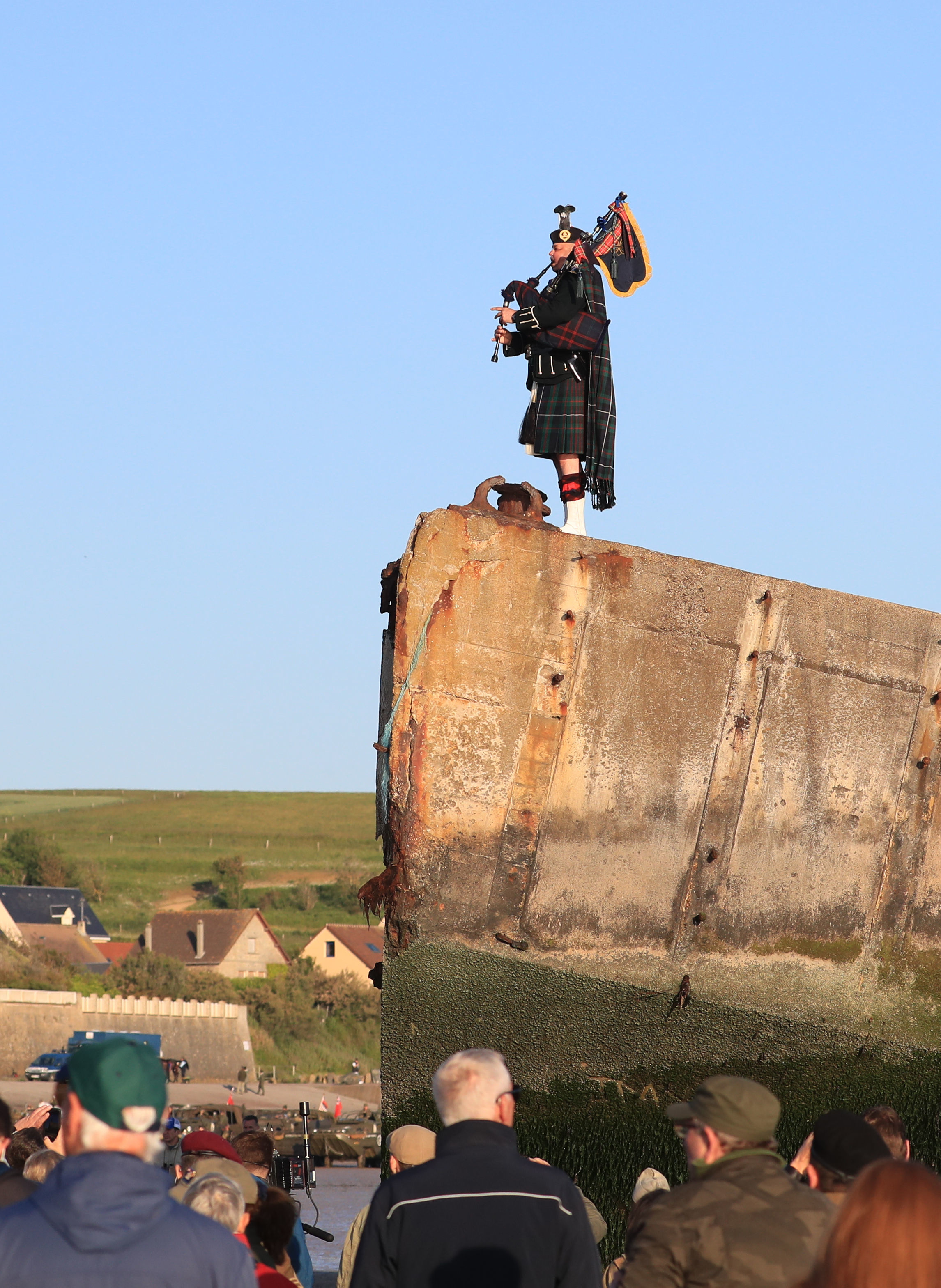 Mr Barnett replied: “Well it deafened me too.”

On June 6, 1944, they had to escort landing craft on to the beach, then return with the empty trooper.

Do you remember that pilot we picked up? He created hell when we wouldn't take him back to where he wanted to go.

Mr Barnett asked Mr Green: "Do you remember that pilot we picked up?

"He created hell when we wouldn't take him back to where he wanted to go."

On June 7, they were going to Mulberry Dock in France when they saw a pilot bail out of a Spitfire.

Mr Green said: "We went and picked him up. We were escorting Mulberry Dock to Arromanches, we had to bring him with us there.

"Then we went up the Channel to Greenwich."

They said the pilot was "furious" he couldn't return directly to Britain and had to go via Normandy first.

Mr Barnett and Mr Green said they recognised photographs of each other when they were younger, but not as men in their nineties.

Both men returned to Normandy to attend a remembrance service at Bayeux Cemetery.

As they parted to go to dinner on Wednesday night, Mr Green kissed Mr Barnett's wife Martha Barnett on the cheek and told her: "Look after him for me."

Mrs Barnett said her husband of 66 years had always wanted to keep in touch with his comrades.

"Bob had had a problem with his elbow and he had to go to the medics to have it checked," she said.

"When he returned back to the ship everyone had gone.

"It is only in recent years that he has started reliving the past.

"He is so pleased to have met somebody who knows what he went through." 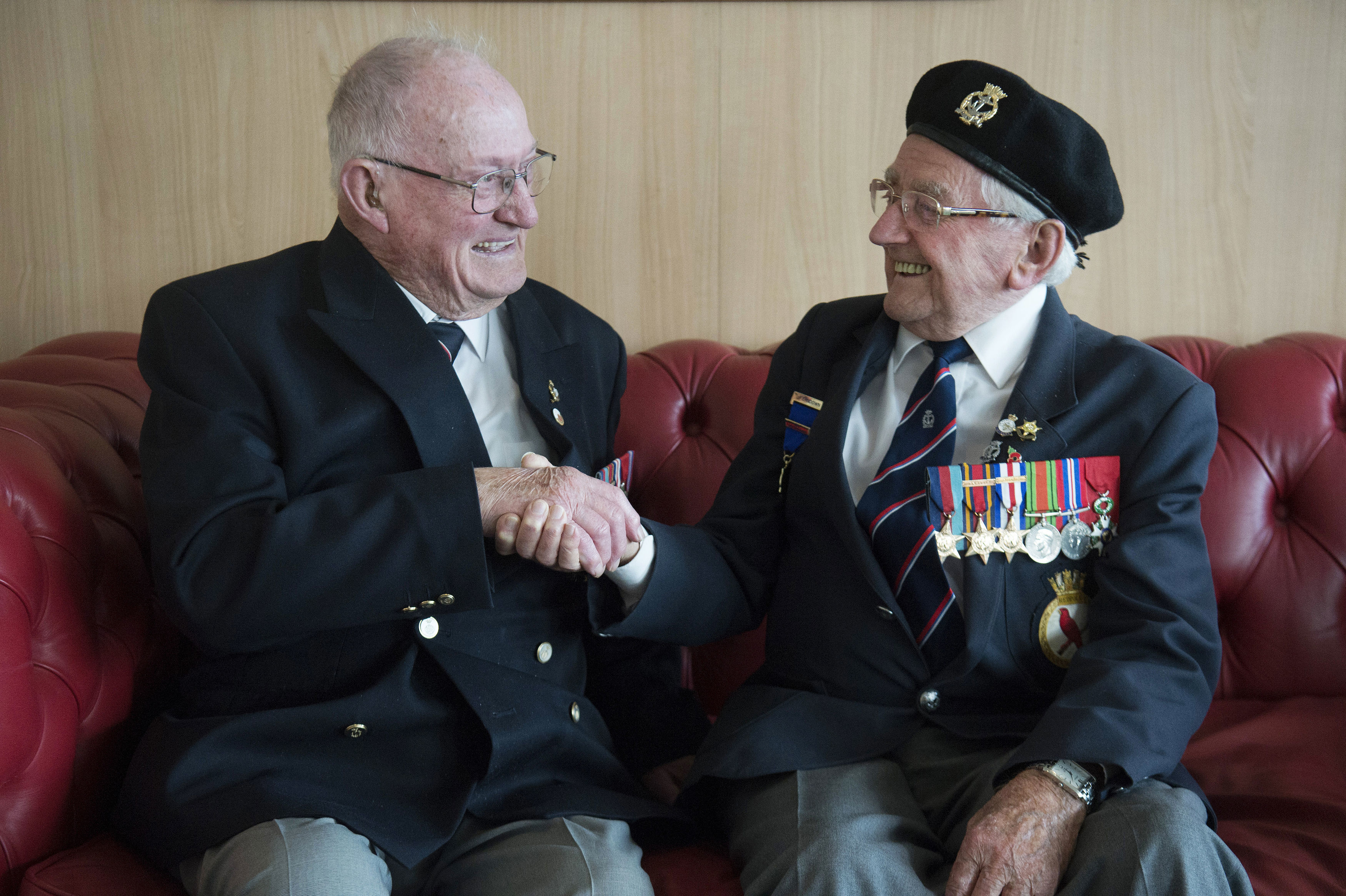 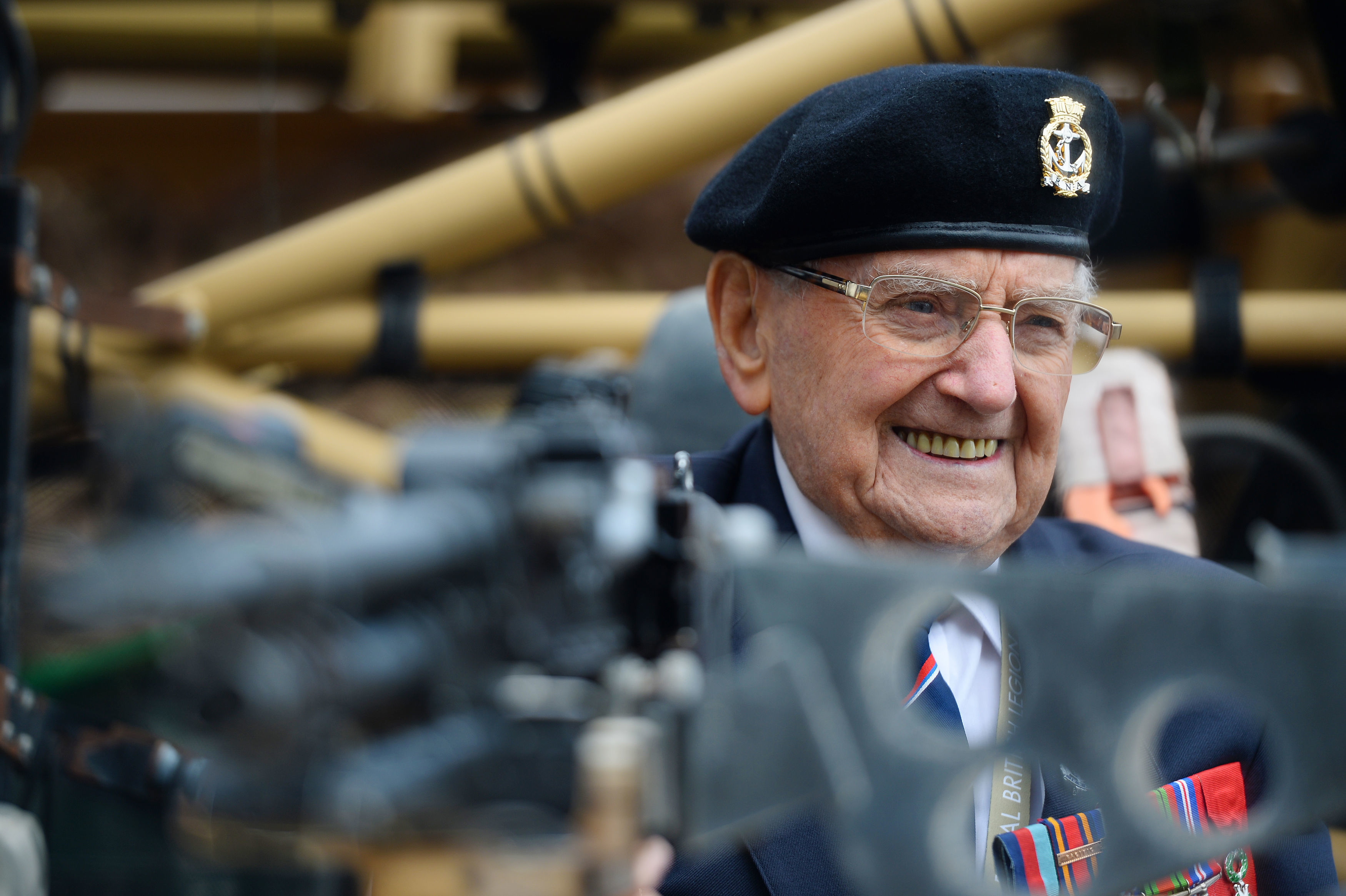