Home » Do You Like Piña Coladas? Meet the Hard Seltzer Smoothie.

Do You Like Piña Coladas? Meet the Hard Seltzer Smoothie.

Parties and get-togethers might look more normal this summer, but we can’t say the same for the drinks cooler. Breweries and beverage companies have invented new summertime drinking options that move beyond the standard lager, canned cocktail or hard seltzer.

These warm-weather drinks blur categories, running the spectrum from hops-infused sparkling water to boozy beer Popsicles and even heavily fruited hard seltzers. Here’s a look at some of these unexpected sips. 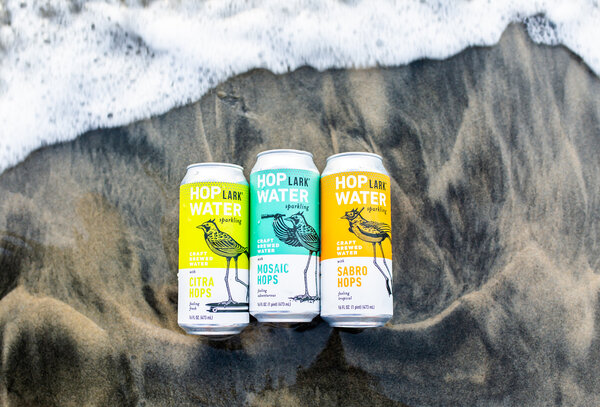 Hops provide beers, most notably hazy I.P.A.s, with fruity fragrances and flavors that might evoke ripe papayas or oranges. The trade-off is that I.P.A.s can be boozy and caloric. Now breweries and beverage companies are using similar aromatics to create hoppy seltzers without grains, alcohol or calories.

The season’s most surprising mash-up is the thick, sweetly fruity and still refreshing hard seltzer smoothie. Hard seltzers are typically crystal clear, crisp and flavored. Black cherry is a popular option. Smoothie-style hard seltzers add huge amounts of real fruit, such as strawberries, bananas and pineapple, to a neutral gluten-free alcohol base, creating a drink that tastes like a fizzy daiquiri or tropical cocktail.

Homes Brewery, in Ann Arbor, Mich., pioneered the trend with its dairy-free Smooj series, including a beach-ready piña colada version. Alvarado Street, in Monterey, Calif., makes its Bubble Bath hard smoothies with fruit combinations like strawberry kiwi, and Fair State Brewing Cooperative, of Minneapolis, offers the Fruity Boom, with blends such as mango, coconut and lime.

Summer is prime time for freezer pops, and breweries are channeling the icy childhood treats into playful adult indulgences. The Natural Light spinoff Naturdays, a fruity lager brand, now has an alcoholic frozen option. Each plastic pouch contains a sweeter, stronger version (8 percent alcohol by volume) of the Naturdays lagers, in their signature flavors of strawberry or pineapple lemonade.

The michelada balances bright acidity with savory heat by combining light Mexican lager with lime juice, hot sauce and varied seasonings. Mass-market Mexican breweries have long sold canned micheladas, removing the fuss of mixing at home, but now breweries are taking canned micheladas into other flavorful directions by changing the base beers.

Sam Sifton has menu suggestions for the coming days. There are thousands of ideas for what to cook waiting for you on New York Times Cooking.