The doctor in charge of Annie Moylan’s care when she arrived at a private emergency department denies the 37-year-old expectant mother had sepsis while in her care, believing instead she had fallen ill after eating a chicken sandwich hours before she died.

Moylan – who was 18 weeks and five days pregnant – arrived at Holmesglen Private Hospital in Moorabbin on the night of August 15, 2017, with severe vomiting, pain, a high temperature and diarrhoea. 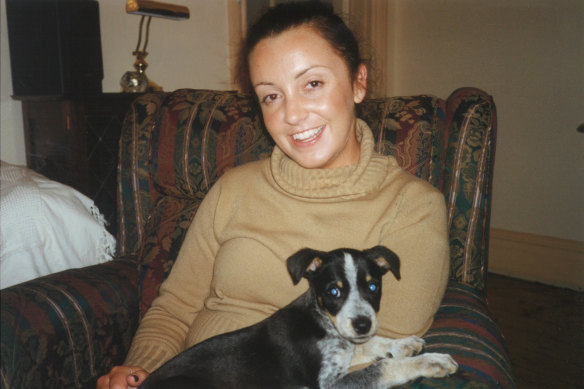 Annie Moylan, who had a miscarriage and died aged 37.

She remained there until being transferred by ambulance to St Vincent’s Private Hospital shortly before midnight, where she later died with septicemia.

On Monday, an inquest into Moylan’s death heard evidence from emergency department doctor Hui Shi, who treated the ill woman when she arrived at Holmesglen Private Hospital.

Shi, who was the only doctor working in the emergency department on the night Moylan arrived, said she did not believe the patient’s vital signs indicated she was suffering from life-threatening septicemia before she called for an urgent ambulance transfer when the 37-year-old began to miscarry.

“Her observation, her vital signs, did not alert me … to a sepsis pathway,” Shi said.

“She told me … she felt better, she wanted to go home. With the benefit of hindsight I should’ve thought there was something going on.”

During day one of the two-week inquest, the coroner heard the expectant mother began feeling unwell about lunchtime and soon began experiencing vomiting, diarrhoea, sweating, fever and back pain.

Her husband called her obstetrician, Vicki Nott, who advised Moylan to take paracetamol and rest. 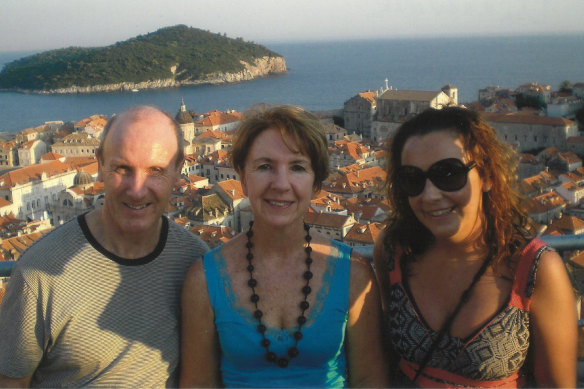 Moylan with her parents, Brian and Marg.

Her condition worsened, and the pregnant woman arrived at Holmesglen Private Hospital’s emergency department about 7.30pm, with a temperature of 40.3 degrees.

The inquest heard Moylan was given pain and anti-nausea medication before being seen by Shi about an hour after she arrived.

While under questioning on Monday, Shi maintained Moylan was suffering only from gastroenteritis after eating a chicken sandwich at lunch that day, and she did not consider other possible alternatives for her symptoms.

Shi also denied expert medical opinion provided to the coroner that suggested the care she gave Moylan was “inappropriate”.

The ill woman was not given antibiotics to treat an infection until about 2.40am the following morning, after being transferred to St Vincent’s Private Hospital.

A post-mortem examination determined her cause of death was intrapartum septicaemia, secondary to a streptococcal infection.

Moylan’s father, Brian Moylan, a retired doctor, urged the coroner to make recommendations to address “systematic failures” he said his family had exposed in their quest for answers.

“Annie’s death must be a catalyst for systematic changes in private hospitals,” he said. “I challenge this court to be courageous and to be forensic in pursuit of the facts concerning Annie’s death and to make bold findings and recommendations for improvements of the health system in Victoria.”

The inquest is expected to hear from two expert medical panels alongside more than half a dozen witnesses.