Dominic Raab today refused to deny ministers want to strike a deal with Albania to send Channel migrants to a new asylum centre there – but the country immediately dismissed the proposal as campaigners warned it could actually increase crossings.

The Deputy Prime Minister confirmed the government is looking at the idea of an overseas processing centre for migrants who travel to Britain illegally, but declined to comment on specific locations after Albania was named as the likely host.

Olta Xhaçka, the eastern European nation’s Minister for Europe and Foreign Affairs, insisted the idea was a non-starter and described it as ‘fake news’.

The British government is under huge pressure to stem the flow of illegal crossings, which have now exceeded 20,000 this year.

Under a scheme that first emerged today, anyone seeking asylum in Britain after arriving by illegal routes, such as in dinghies and small boats, would be flown out to the new centre within seven days. 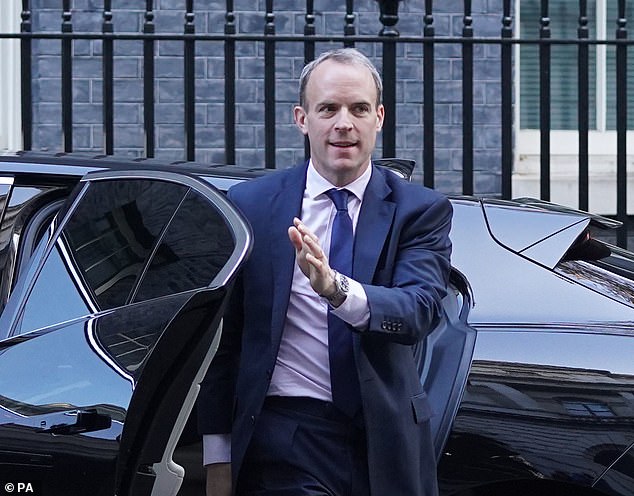 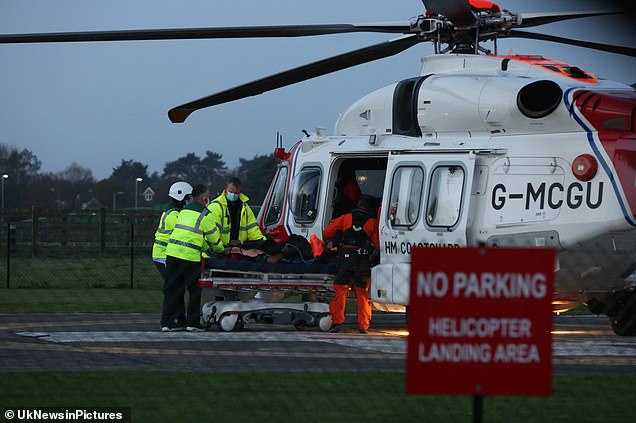 A RNLI Dover lifeboat was launched just after 5.30am this morning at the request of the UK Coastguard in Dover to rescue a boat in distress 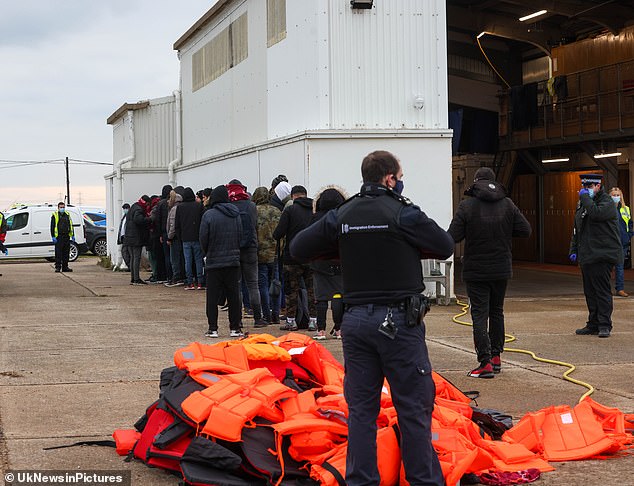 What happens to migrants after they have arrived in the UK?

Migrants who have been picked up after landing or intercepted at sea are taken to a Border Force processing centre, such as Tug Haven near Dover.

Here arrivals are triaged to identify any medical needs or vulnerabilities, fed and checked to see if they have a criminal record. Adults have an initial interview before being sent to accommodation centres across Britain, paid for by UK taxpayers and provided by private contractors.

The migrants are given £37.75 per week for essentials like food, clothes and toiletries while they wait for a decision on their asylum application. If the claim is rejected they face deportation back to their home country.

Kent County Council normally takes unaccompanied children into its care, although other local authorities are also involved in this programme.

He told LBC Radio: ‘First of all, you’re always better off dealing with the flow of migrants from a crisis or a conflict in the region itself, our overwhelming focus is on that. It’s better for migrants, it’s better to be resettled and relocated nearer to your home.

‘But to the extent that we get this flow over to the UK, it’s important to reduce the pull factor, we will work with all our partners – and it’s not just one country, we’ve looked at the Australian experience, we’ve been talking with the Danes about this and we want to make sure the processing, if it’s possible – and that will depend on the good will and co-operation of partners – can be done elsewhere.’

Asked if this will include Albania and Rwanda, which have both been named in press reports, the Deputy Prime Minister said: ‘Let me avoid talking about individual countries but just say with international partners this is something we’re probing because we want to test the idea because we will do everything we can to resolve this problem.’

And pressed if the plan will cost £100,000 per migrant, he said: ‘I don’t recognise that number. Until you’ve got a detailed agreement with a particular country, I don’t think we’ll be in a position to cost it.’

Meanwhile, immigration campaigners have claimed offshore detention is both cruel and ineffective.

‘The only outcome of the policy was the harm done to the refugees locked away in slum-like camps, where a lack of monitoring led to hundreds of cases of child abuse and sexual assault.’ 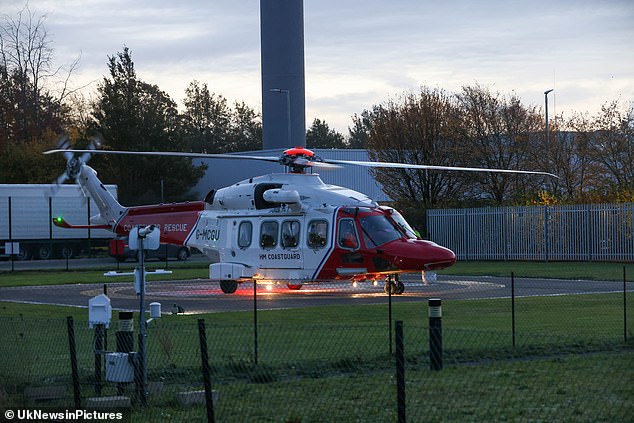 Lifeboat crew reported there were 23 other people on the 6-foot grey rib that was caught out in rough seas. A rescue and recovery operation was launched with a helicopter seen airlifting a person to hospital 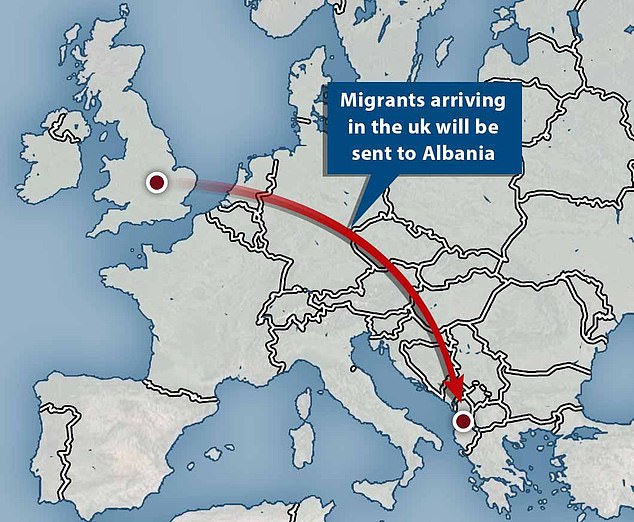 Ministers are discussing opening an asylum centre in the eastern European country, which they believe would act as a deterrent for migrants crossing from northern France

Enver Solomon, the chief executive of the Refugee Council, said: ‘We know from the Australian model that offshore detention leads to appalling outcomes including high levels of self-harm and mental illness.

‘It comes at huge cost to the tax payer and is likely to be wholly ineffective in deterring people from crossing the Channel.

According to figures obtained by the British Refugee council, migrants arriving in the UK in small boats between January 2020 and May 2021 were from:

‘The Government need to urgently change their approach, and focus on developing more safe routes for people to travel to the UK to claim asylum such as a Humanitarian Visa system’

Today Home Office officials confirmed that ‘around 1,000’ more migrants were detained by Border Force on Tuesday as the migrant crisis in the Channel continued, sparking concerns of another record breaking day.

A lifeboat was scrambled to rescue 23 people from a boat in the Channel today, as it was revealed that around 1,000 more migrants were detained on Tuesday.

Official figures are yet to be released but it is feared that Tuesday’s total could rival the 1,185 record reached last Thursday as the migrant crisis reaches breaking point. The figures have taken some two days to calculate due to the sheer number of arrivals.

The previous daily high was 853 and, overall this year, there have been more than 20,000 crossings.

This morning, an RNLI Dover lifeboat was launched just after 5.30am at the request of the UK Coastguard following reports of a grey dinghy in distress.

A number of 999 calls were made to the rescue centre requesting assistance with reports that a man onboard required medical attention.

Lifeboat crew reported there were 23 other people on the 6-foot grey rib that was caught out in rough seas. A rescue and recovery operation was launched with a helicopter seen airlifting a person to hospital.

A spokesman for the Coastgaurd confirmed: ‘HM Coastguard has been coordinating a search and rescue response to an incident off Kent, working with Border Force and other partners. We sent the coastguard helicopter from Lydd and Dover RNLI lifeboat.’