DR MAX: Mark my words, the GP crisis will lead to more tragedies

DR MAX THE MIND DOCTOR: Mark my words, the GP crisis will lead to more tragedies like Sebastian’s, after the six-year-old died waiting to be seen

A few weeks ago, the Mail carried the heartbreaking story of six-year-old Sebastian Hibberd, who died of a serious bowel complaint after waiting six agonising hours to see a GP.

His father Russell made the first call to the NHS 111 service at 8am on a weekday after his son developed abdominal pains. He was told to contact his GP surgery.

He called several times, but got only an automated message or engaged tone.

When Russell eventually spoke to someone, he was told a duty doctor would call him back. No call came. After a further four hours and two more calls to the surgery,

Sebastian was vomiting and delirious. His father called 999, but it was too late — Sebastian died that afternoon. 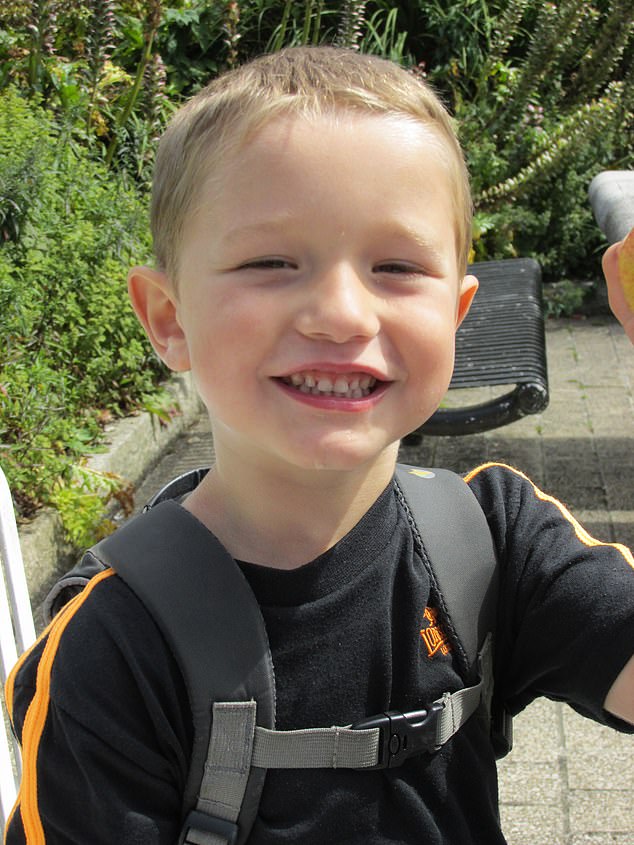 A few weeks ago, the Mail carried the heartbreaking story of six-year-old Sebastian Hibberd, who died of a serious bowel complaint after waiting six agonising hours to see a GP

It was a sad and unnecessary loss of life that highlights the failings in primary care.

I’m surprised there aren’t more tragedies like Sebastian’s because GP surgeries are appallingly overstretched, with patients finding it impossible to get through to their surgery by phone, let alone see a doctor. 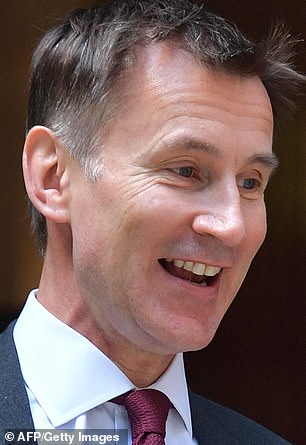 In 2015, Jeremy Hunt, then the Health Secretary, pledged to recruit 5,000 extra GPs. Today, there are at least 1,500 fewer GPs, while four out of ten plan to quit within five years

This will only get worse because, as the Mail reported yesterday, surgeries are closing at a record rate — 138 last year alone.

A survey by GP magazine Pulse last month reported that some doctors are seeing more than 100 patients a day — three times the safe limit. In Europe, most family doctors see around 20 a day.

In 2015, Jeremy Hunt, then the Health Secretary, pledged to recruit 5,000 extra GPs. Today, there are at least 1,500 fewer GPs, while four out of ten plan to quit within five years. We are heading for the total collapse of primary care.

I’m not a GP — I work in a hospital in mental health. But I have witnessed first-hand the disastrous situation unfolding.

I’ve had patients whose mental health has deteriorated after discharge because there was no continuity of care from their local surgery. I know that tests and scans go unchecked, and agreed treatment plans aren’t acted on.

It’s not surprising. To cut costs, more and more services are being moved out of hospitals and handed over to GPs, while cuts to social care budgets mean GPs are coping with the fallout from the elderly and vulnerable.

Most work 11 or 12-hour days, struggling to deal with patients and paperwork. Many schedule case review meetings with me on their days off. Several have even referred themselves to me because their mental health has begun to suffer. Burnout is rife.

How we reached this desperate stage is complex. A growing population — thanks to natural change and immigration — and also an ageing one are factors. So is the disastrous GP contract introduced under Labour in 2004.

This absolved GPs from evening and weekend work for a modest pay reduction while giving them financial incentives for carrying out checks on cholesterol levels and blood pressure — which they were doing anyway. It resulted in a pay rise by an average of 60 per cent within three years. Suddenly, the once-trusted GP was being viewed as someone who was more interested in cash than care.

At the same time, the out-of-hours service became the responsibility of local health trusts, which often outsourced the work to large corporations who really put profit before patients.

Yet another factor is the rising number of women GPs who want to work part-time. The Government has failed to make enough places at medical school available to offset the shortfall.

Then there are the ill-thought- through changes to pensions and tax allowances which mean that older, more experienced GPs are taking early retirement to avoid penalties on their pension pots. On top of all this are changes to immigration regulations making it far more difficult to recruit doctors from overseas.

So — a perfect storm. Patients, angry over the decline in care, point the finger at GPs, while NHS managers and politicians have shamefully allowed doctors to become the scapegoats of political and managerial incompetence.

I’ve had patients whose mental health has deteriorated after discharge because there was no continuity of care from their local surgery. I know that tests and scans go unchecked, and agreed treatment plans aren’t acted on. Pictured is Sebastian Hibberd

This has left GPs feeling more undermined and undervalued — which is why young doctors are rejecting general practice.

What is to be done? Other highly trained healthcare professionals, such as nurses and pharmacists, can certainly take some of the burden off frazzled GPs.

There must also be greater financial investment and better long-term planning for front-line services. We must increase medical school places and place a cap on the number of patients a GP can see in a working day. And the Treasury must urgently review the medical pension crisis.

A fundamental investigation of how primary care is run and delivered should be a Government priority. The death of little Sebastian Hibberd — and all the other victims of a failing service — must not be in vain.

A victory… but the battle goes on

After two years of relentless campaigning, the Mail can claim victory in getting the medical establishment to acknowledge the horrendous withdrawal symptoms some patients suffer when they try to come off antidepressant drugs.

The Royal College of Psychiatrists has belatedly acknowledged that withdrawal symptoms can be severe (not ‘mild’ as they’ve decreed previously) and may last for months (rather than a fortnight). Patients will now be warned of this in advance.

This represents real progress. Now we need the all-powerful pharmaceutical industry — Big Pharma — to ’fess up, too.

For too long, drugs firms have downplayed side-effects and withdrawal symptoms associated with antidepressants and buried unfavourable research.

This hampers our ability to prescribe the best treatment. ‘Do the benefits outweigh the costs?’ is always a consideration when I write a prescription. Yet I can only make a decision if I have all the information.

And patients can only make the decision on whether a treatment is right for them when the doctor has all the facts to share.

At the root of this problem is an astonishing fact: drug companies are not compelled to publish research that isn’t favourable to their drugs. This is bad for science, bad for doctors and, most crucially, bad for patients.

It’s the next big battle in safer prescribing.

Laughing gas isn’t at all funny

Laughing gas — it sounds like harmless fun, doesn’t it?

And it’s so popular. City streets are littered with the small, shiny canisters it comes in after a weekend of carousing.

Teenagers, in particular, love the brief high it gives when inhaled. Indeed, it’s now the second most commonly used recreational drug in the UK after cannabis.

But the Royal College of Nursing is warning that we’re too complacent about the risks of laughing gas or, to use its chemical name, nitrous oxide. It can cause breathing difficulties, a dangerously increased heart rate and even death.

We need to educate youngsters about the dangers of this potent chemical — and fast.

Why the simple ideas are the best

Southend University Hospital in Essex has installed a bus stop, complete with a bench, in its A&E department.

It sounds bizarre, but the aim is to help dementia patients.

Research has shown such patients become anxious while waiting to be seen.

But the bus stop — a familiar sight — reassures them and they happily wait for the ‘bus’ to arrive.

This is one of many innovations being developed in hospitals and nursing homes to discourage patients from wandering. For example, a mirror on the back of a door can stop dementia sufferers from leaving a room or building. 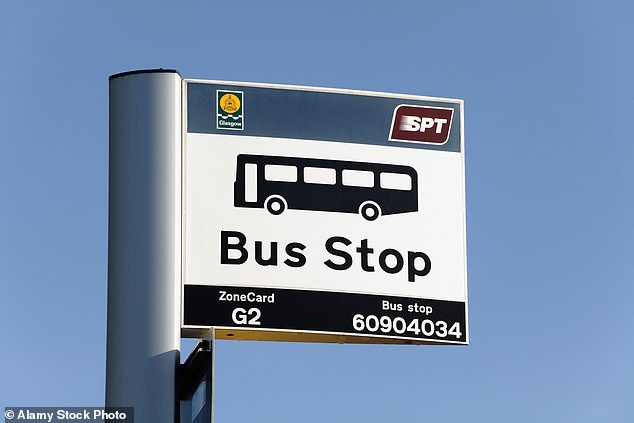 Southend University Hospital in Essex has installed a bus stop, complete with a bench, in its A&E department to help dementia patients

As they approach, they see someone — in the mirror — coming towards them and turn back.

These behavioural ideas aren’t used enough. Instead, we rely too much on the chemical cosh — sedating medication to manage difficult or anxious patients. They deserve better.

Dr Max prescribes… Get lost in a maze

I took my godchildren to Hampton Court Maze last weekend and it was wonderful to see them pocket their phones and solve a puzzle that didn’t involve pixels.

Today, children rarely experience the thrill of getting lost. We insist on knowing exactly where they are and with whom at all times.

My godchildren loved it so much that, once they’d escaped, they insisted we go back and get lost all over again.

To find a maze near you see nationaltrust.org.uk/lists/where-to-find-mysterious-mazes.