Spanish police arrested the 17 members who had travelled to Madrid from Lisbon ahead of Liverpool’s 2-0 victory over Tottenham Hotspur on Saturday.

According to Spanish daily El Mundo, they were suspected of selling white powder “similar to cocaine” for 20 Euro a gram, around £17.78.

But they had allegedly bought the powder for only 62p.

They were arrested in central Madrid squares Plaza Mayor, Plaza de Jacinto and Puerta del Sol which was populated by fans before the final at the Wanda Metropolitano Stadium.

All suspects, aged 21 to 39, have been released on bail after appearing in court. 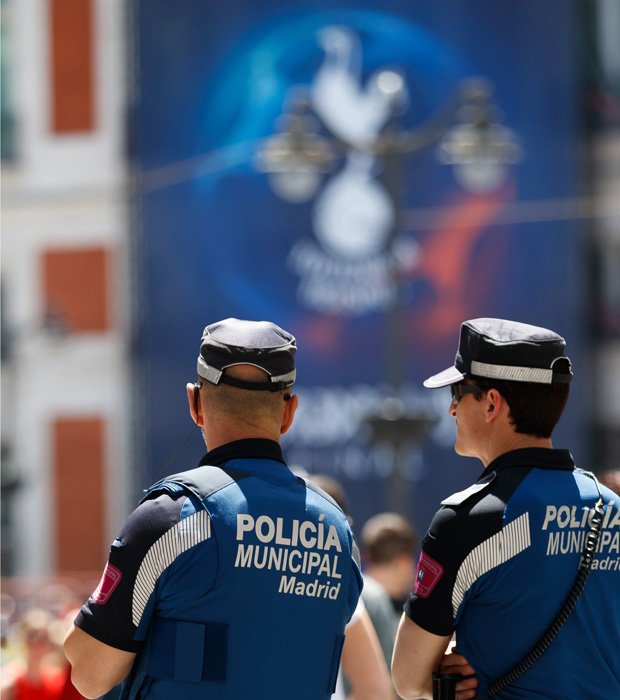 It is not clear what the powder was that they were selling.

Cocaine is known to be cut with talcum, worm powder and baking soda.

There are no reports of any Liverpool or Spurs fans being hurt by consuming substances passed off as cocaine.