Incredible eight-sided home set in the grounds of the 12th century abbey thought to have inspired Jane Austen’s Mansfield Park goes on sale for £870,000

An eight-sided home set in the grounds of a 12th century abbey which is said to have inspired Jane Austen’s Mansfield Park is on sale for £870,000.

The Octagon forms part of Stoneleigh Abbey in Warwickshire which was founded in 1154 by Cistercian monks after Henry II granted them the land.

After the Dissolution of the Monasteries, it fell into private ownership and for 400 years, the stunning Grade I-listed country estate became home to the maternal side of Jane Austen’s relatives, the noble Leigh family. 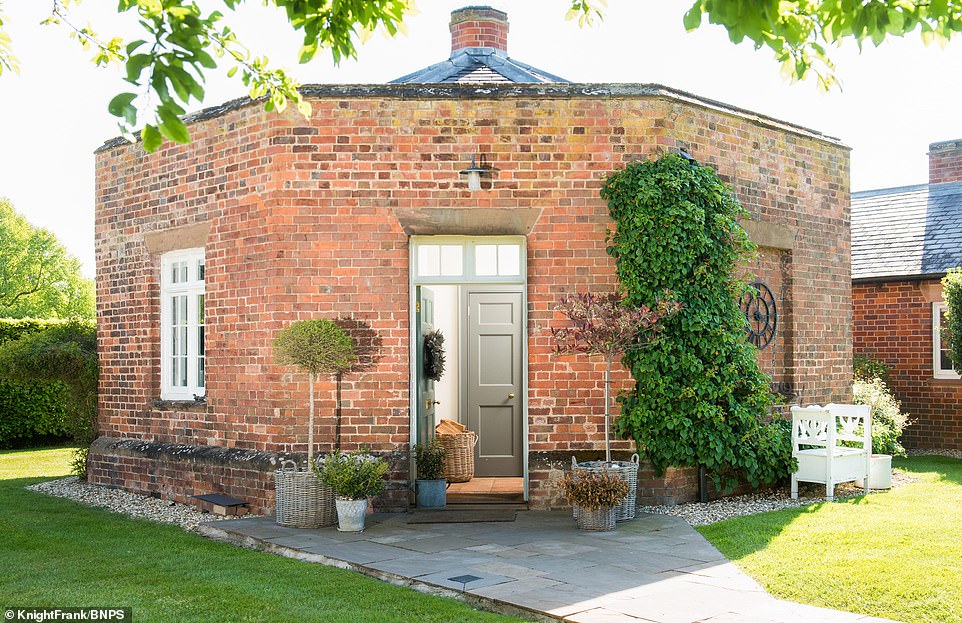 An unusual octagonal house on the grounds of Stoneleigh Abbey in Warwickshire has been put up for sale. The property is on the site of an estate with links to Jane Austen 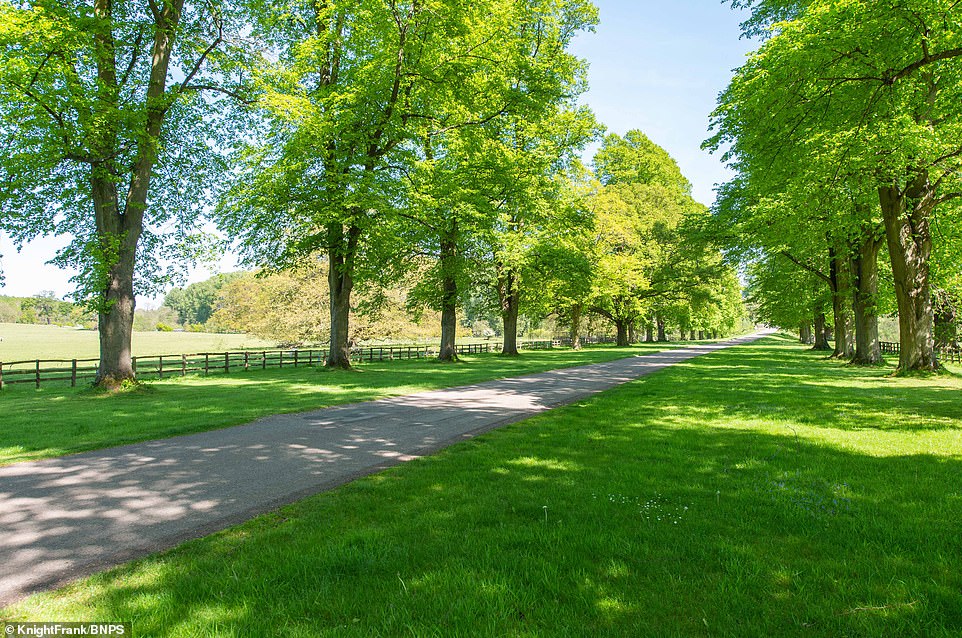 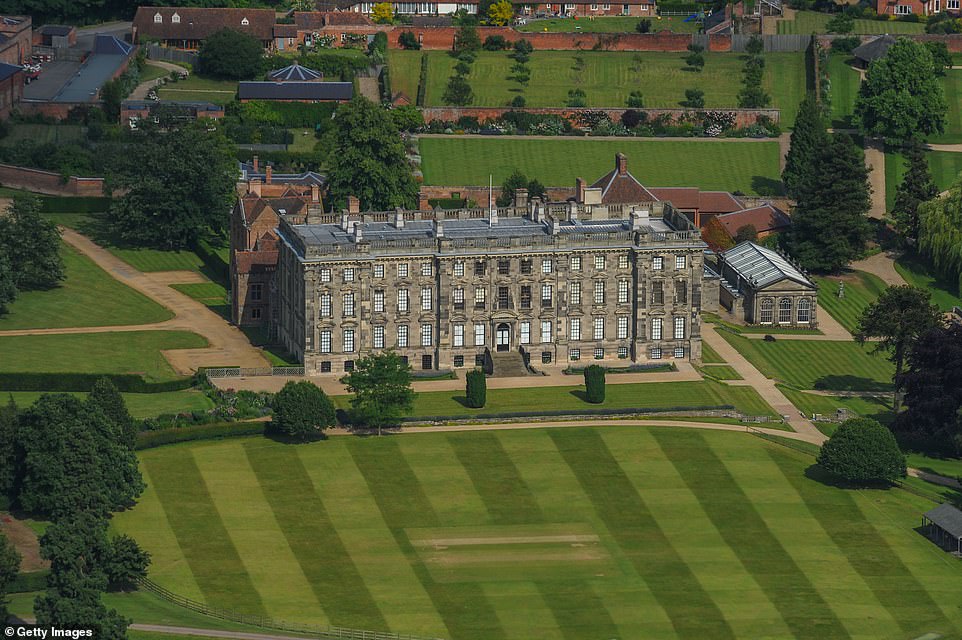 The Octagon is set in the grounds of Stoneleigh Abbey. Jane Austen visited her mother’s uncle there aged 31 and it later served as an inspiration in her novels

When it passed to Austen’s mother’s cousin Reverend Thomas Leigh, the future novelist, 31, stayed at the abbey in 1806 with her sister and mother, both called Cassandra.

Austen was so inspired by the grandeur of Stoneleigh Abbey that she wove details from the estate’s grounds, the house and interiors into her books. 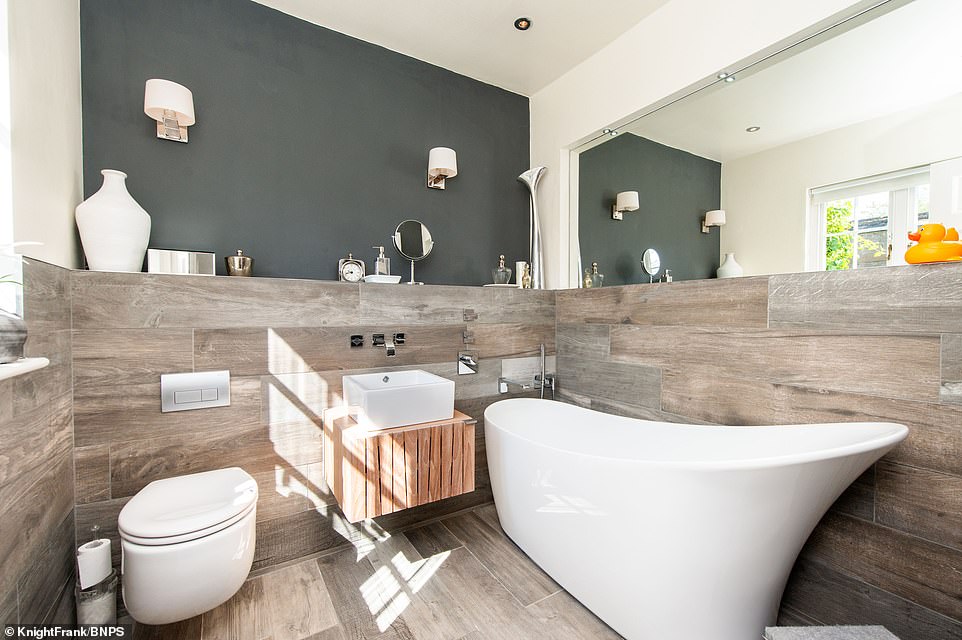 The house is equipped with modern furnishings in the most traditional of settings which can be enjoyed by the new owner for £870,000

The abbey’s renowned landscape gardener Humphry Repton, who was employed by Reverend Leigh and made several changes to its grounds, even features in Austen’s book.

Repton, often considered the successor to Capability Brown, redirected the River Avon and flooded it to create a mirror lake and added a bowling green and cricket pitch.

In Mansfield Park, Mr Rushworth considers employing Repton at a rate of five guineas a day and the designer has grand ideas for the estate.

The Octagon, which sits within the grounds of the historic Stoneleigh Abbey, is Grade-II listed and has been described as a ‘hidden gem’. 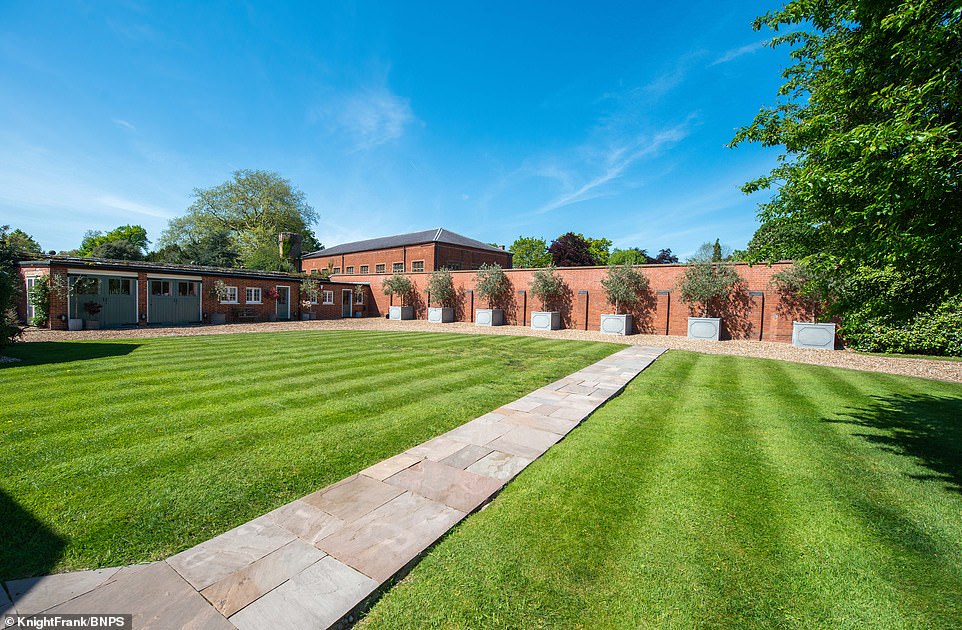 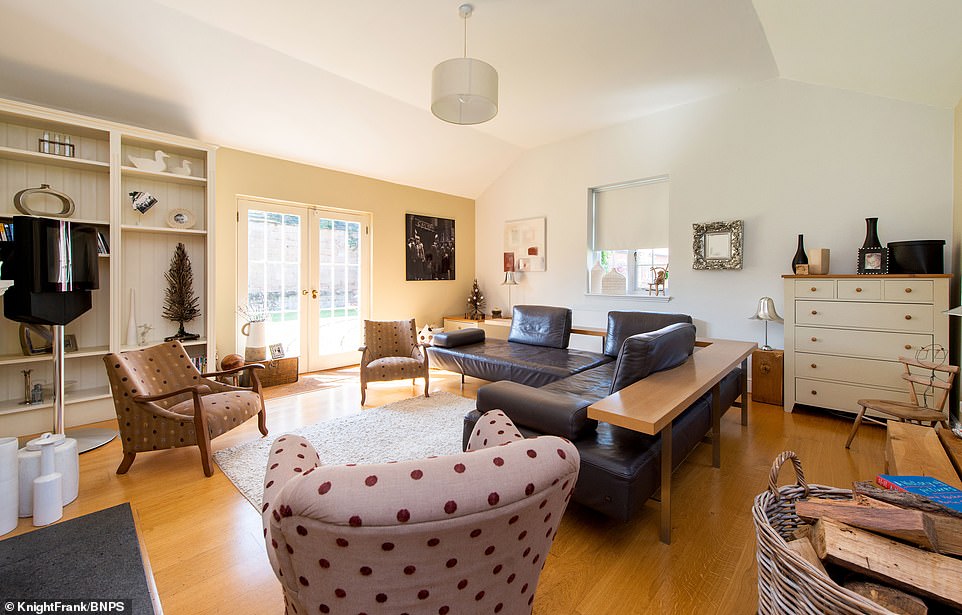 A separate annexe, located just away from the main house, comprises of a sitting room with French doors, two double bedrooms and a small kitchenette 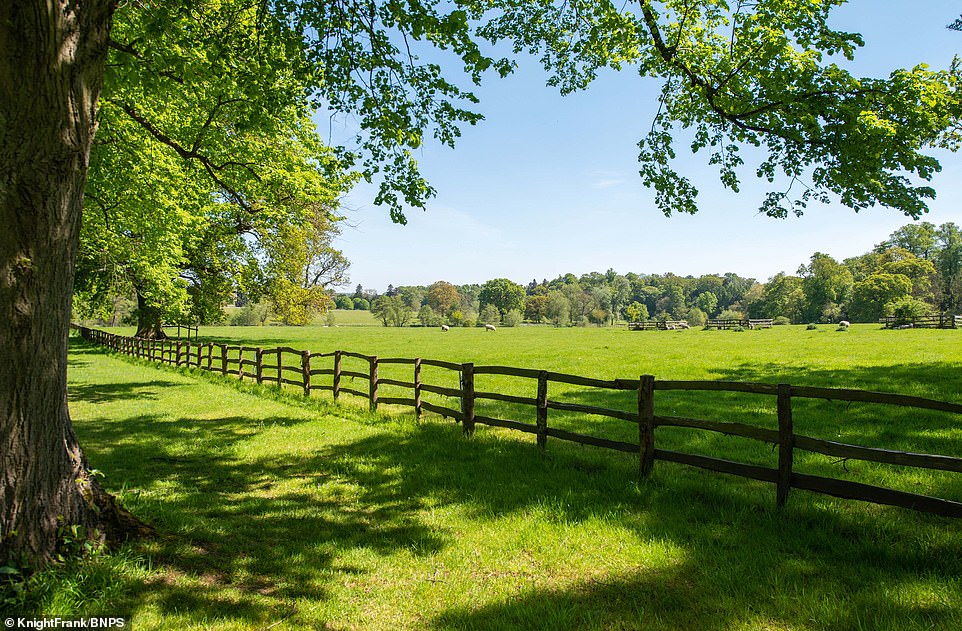 Repton, often considered the successor to Capability Brown, redirected the River Avon and flooded it to create a mirror lake and added a bowling green and cricket pitch to the estate

The eight-sided red brick house is to be sold by estate agents Knight Frank who say the property reflects 800 years of history.

It is entered through a large front door which opens into an entrance hallway, continuing into the dining room with an exposed brick wall, high ceilings and windows on two sides.

The unusually-shaped kitchen adjoins the dining room and is well designed, fully utilising the space.

It has a range of grey units with wooden work tops and a small Aga with an electric hob.

At the back of the property is a self-contained annexe which houses a generous drawing room, two bedrooms and a shower room. 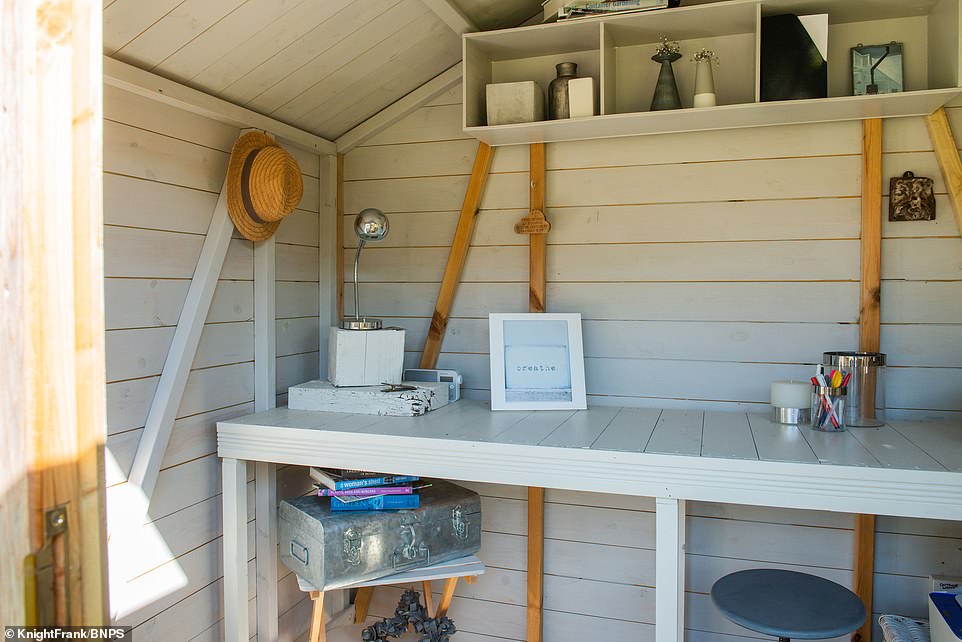 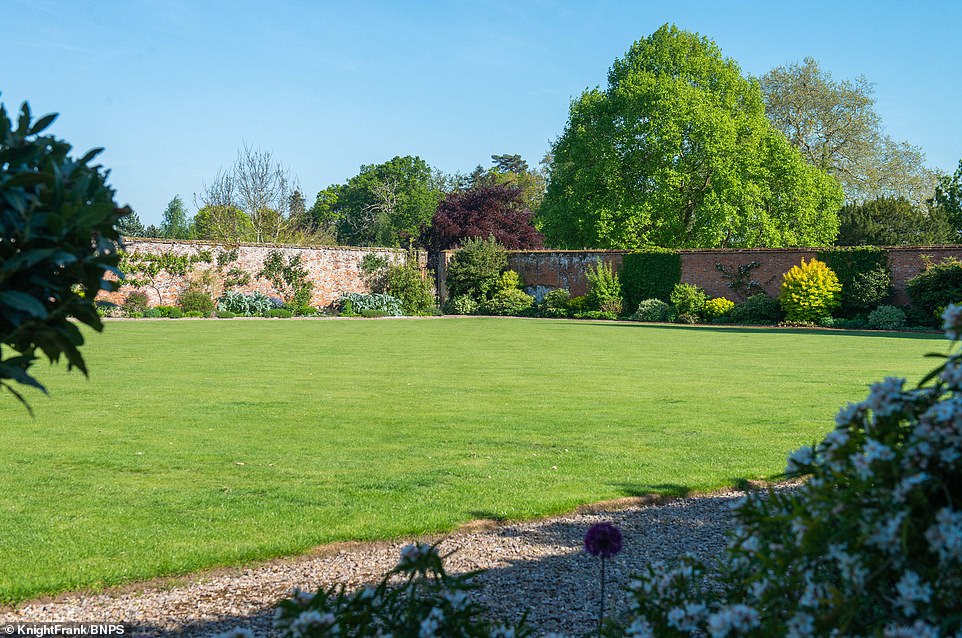 A separate annexe, located just away from the main house, comprises of a sitting room with French doors, two double bedrooms and a small kitchenette.

The property is entered through electric gates linked to a mobile phone with a separate keypad, and the gravelled driveway leads to a large parking area. 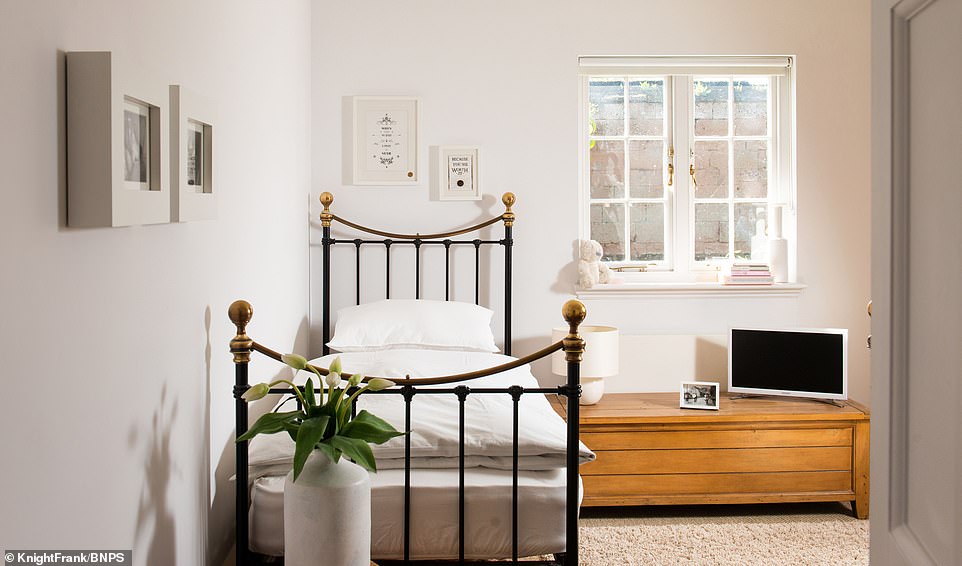 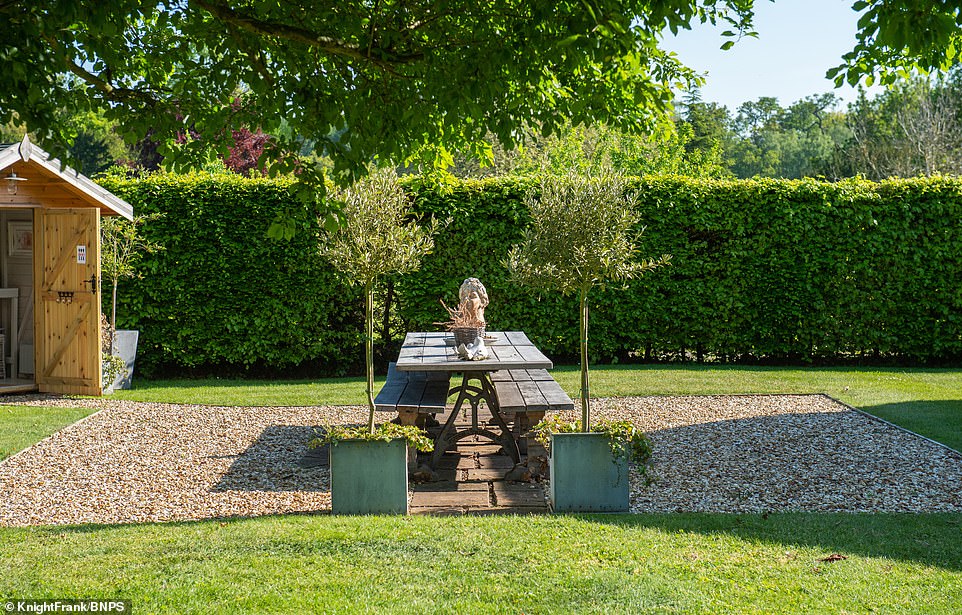 Samantha Holton, of Knight Frank, the estate agents handling the property, said: ‘The history of this property definitely adds to the appeal for buyers’ 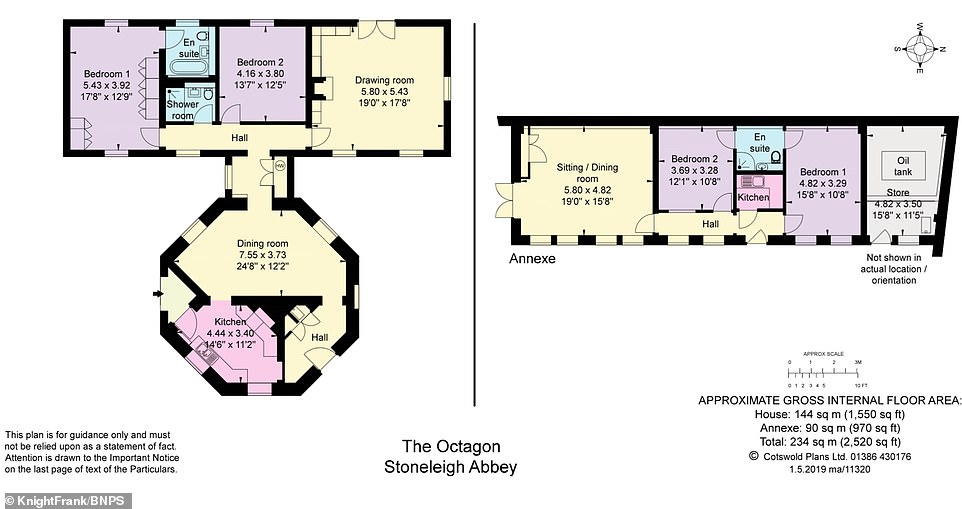 The estate gardens can be enjoyed in the distance and there is a rear gate that provides access to the communal grounds.

Samantha Holton, of Knight Frank, said: ‘The history of this property definitely adds to the appeal for buyers.

‘It’s an amazing setting and the benefit of having use of the whole estate is something that’s very rare indeed.

‘It has been recently renovated so is in fantastic condition and we’ve already had a few viewings booked in.’

More information on the property can be found on Knight Frank’s website.

Jane Austen and her family

The literary genius was born in Steventon, Hampshire in 1775 and for much of her life, her father George served as the rector of the nearby parishes.

Mr Austen came from a wealthy and respected family of wool merchants but after many centuries, they fell into poverty and George and his sister were orphaned and taken in by relatives.

He later entered St John’s College, Oxford on a fellowship where he is believed to have met his future wife Cassandra Leigh.

The Leighs were a prominent family and her father Thomas was rector at All Souls College, Oxford.

She grew up at the university with the gentry and she became engaged to George in 1763.

Stoneleigh Abbey had been acquired by Sir Thomas Leigh, Lord Mayor of London, in 1558.

Charles I gave Leigh the barony after he offered hospitality when the gates of Coventry were closed to Charles during the Civil War.

It stayed in the Leigh family from 1561 to 1990 and they became the largest land-owners in Warwickshire.