Washington: Environmental Protection Agency Administrator Michael Regan will purge more than 40 outside experts appointed by President Donald Trump from two key advisory panels, a move he says will help restore the role of science at the agency and reduce the heavy influence of industry over environmental regulations.

The unusual decision, announced on Wednesday (Thursday AEDT), will sweep away outside researchers picked under the previous administration whose expert advice helped the agency craft regulations related to air pollution, fracking and other issues. 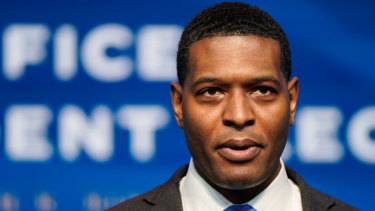 Critics say that under Trump, membership of the two panels – the EPA’s Science Advisory Board (SAB) and Clean Air Scientific Advisory Committee (CASAC) – tilted too heavily toward regulated industries and their positions sometimes contradicted scientific consensus.

The Biden administration said the move is one of several to reestablish scientific integrity across the federal government after what it characterises as a concerted effort under the previous president to sideline or meddle with research on climate change, the novel coronavirus and other issues.

“Resetting these two scientific advisory committees will ensure the agency receives the best possible scientific insight to support our work to protect human health and the environment,” Regan said in a statement.

Environmental advocates cheered the decision, saying that remaking the composition of the panels is necessary after the Trump administration illegally barred academics who received EPA grants from serving on them.

Under Trump, the EPA had argued scientists who received research funding from the agency would not be able to offer impartial advice. But environmental and public health advocates, along with some former career officials within the agency, said the policy effectively elevated experts from industry while muzzling independent scientists.

The Trump administration ended up rescinding the restriction on grant recipients after being ordered to do so last year by a federal court. But it didn’t change any of its appointments after the ruling.

“It’s absolutely warranted,” Christopher Zarba, a retired EPA employee who directed the office that coordinates with scientific committees, said of the newly announced shake up. “Lots and lots of the best people were excluded from being considered.”

He added that none of the people picked by Trump’s EPA chiefs, Scott Pruitt and Andrew Wheeler, were individually unqualified to serve. “However, the mix of people did not accurately represent mainstream science,” he said.