In July, European Commission President Ursula von der Leyen presided over a deadlock regarding the bloc’s economic response to the coronavirus pandemic. The bloc only managed to reach an agreement two days later than anticipated after arduous negotiations. Leaders reached a historic agreement for a £675billion coronavirus pandemic recovery fund on the summit’s fifth day after tense disagreement. Dutch Prime Minister Mark Rutte had provided the strongest opposition to the plans on the table — which were said to have argued for a cap of £316billion worth of grants — preferring loans of strict conditions.

The recovery fund had originally set £450billion to be handed out as grants and £226billion in loans.

As tempers flared during the small hours, Mr Macron banged his fist on the table, saying he was ready to walk out if “sterile blockages” continued.

Ms von der Leyen said the negotiations, lasting more than 90 hours, had been “worth it” and that the EU could not be accused this time of doing “too little, too late”.

While the bloc celebrated its breakthrough, the EU’s image has still been marred by failings throughout the pandemic. 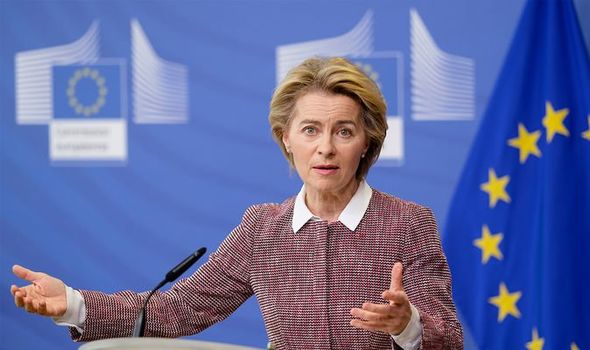 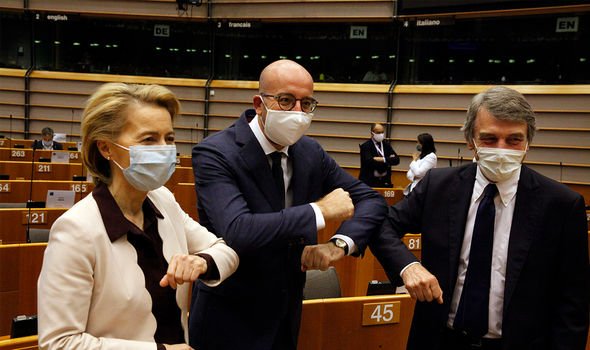 Mr Leonard said this week: “Across Europe, most people think the EU has failed to live up to its responsibilities during the pandemic.

“There is no appetite for a United States of Europe or further institution-building in Brussels.

“However, COVID-19 has taught them how alone Europeans are in the world. Faced with an existential threat, large majorities across the continent realised that no one was there to help them – not the EU, international institutions, or Europe’s allies.

“Yet at the same time, with unsentimental logic, most citizens across the EU country now understand that only through cooperation within the EU can they avoid getting swept away by pandemics, bullying countries, and climate change. 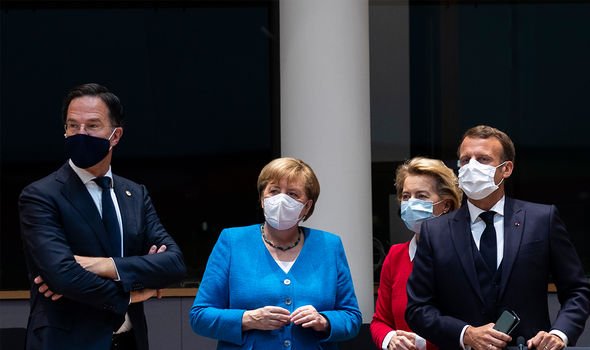 “Without enthusiasm, they have concluded that in a world of an aggressive China and Trump’s America, there is no alternative to European power.”

Since the UK voted to leave the bloc in 2016, euroscepticism in Europe has largely decreased.

Even high profile critics such as Matteo Salvini in Italy and Marine Le Pen in France have toned down their eurosceptic rhetoric. 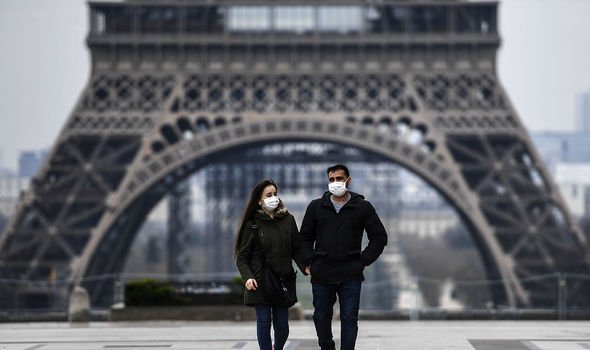 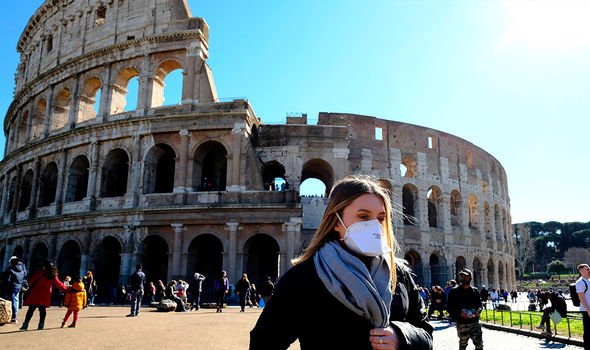 However, Mr Leonard warns in his column for CapX this week that while some Europeans feel they have no other option that the European Project, more mistakes could threaten its unity.

He added: “It should be a sobering paradox that this strong public appetite for European action is based on the EU’s failure – its absence during the crisis when it was needed most.

“Europeans are disappointed that the EU failed when it was tested.

“And if national and EU leaders don’t rectify this quickly and make sure that the recovery plan displays real change, they could end up creating not a Hamiltonian moment, but a eurosceptic one.”

END_OF_DOCUMENT_TOKEN_TO_BE_REPLACED

END_OF_DOCUMENT_TOKEN_TO_BE_REPLACED
Recent Posts
We and our partners use cookies on this site to improve our service, perform analytics, personalize advertising, measure advertising performance, and remember website preferences.Ok