The Obama administration sought to sign a trade deal with Brussels known as the Transatlantic Trade and Investment Partnership (TTIP), which would have made it easier for American products to be sold in Europe and vice versa. However, both sides failed to strike an agreement and further talks died after Donald Trump became President. Some in Europe believed new US President Joe Biden, who was Barack Obama’s Vice President during the TTIP negotiations, would rekindle the push for free trade across the Atlantic.

In December, Brussels did not waste any time and announced a new plan to improve relations with the US ahead of his inauguration, in which the European Commission defined four major policy areas to focus on: health response, climate change, trade and tech, and security.

However, the plan did not seem to go as planned.

The Biden administration aims to make it harder for government agencies to purchase foreign products, raise the percentage of local content and use metrics such as job creation in the definition of US-made.

And despite pressure from the EU to repeal the Jones Act to allow greater competition in the shipping sector, administration officials announced Mr Biden will also soon reiterate his support for the law, which requires goods shipped within the US to be transported on American vessels.

They say this could help “investment in building offshore renewable energy and put Americans to work doing it”. 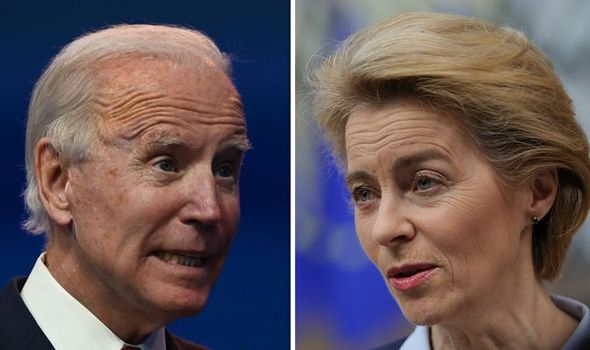 Economic tensions between the US and EU were already quite high.

The Trump administration placed billions in tariffs on European goods, and both the US and EU recently concluded a rancorous trade dispute over subsidies to their major aviation companies.

In an interview with Express.co.uk, Mr Beck agreed that the EU and Mr Biden are on a collision course.

He said: “The US and the EU’s conflicts of interests will not diminish.

“But it doesn’t change the fact that they have got completely different economic interests.”

He noted: “Biden might be slightly more willing to accommodate China than Trump… that’s true.

“But for example, on Russia… well, differences of opinion will certainly remain.”

The new US administration also appears to be just as opposed to the Russia-backed Nord Stream 2 pipeline as the old one.

The US position was made starkly clear by the new Secretary of State, Antony Blinken, at the beginning of February. 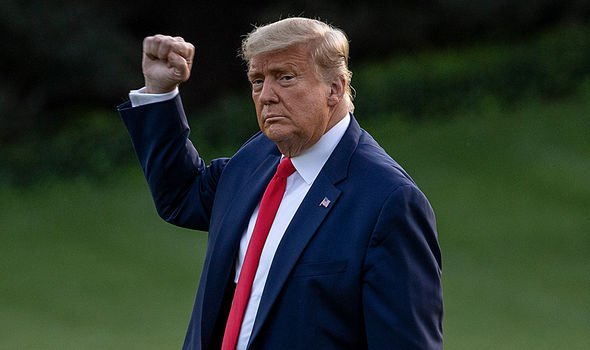 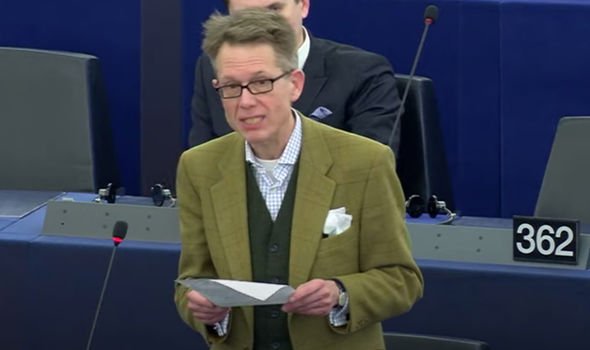 During his confirmation hearing, he said: “I’m determined to do whatever I can to prevent that completion.

“Joe Biden will have us use every persuasive tool that we have to convince our friends and partners including Germany not to move forward with it.”

German Chancellor Angela Merkel said she wanted to discuss the pipeline and related US sanctions with Mr Biden’s new team.

Asked at a press conference in Berlin whether the arrest and jailing of Russian opposition leader Alexei Navalny, as well as the expected revamp of EU-US relations under the new President, have had an impact on her opinion about Nord Stream 2, Mrs Merkel said: “My basic attitude has not changed yet to the point where I say that the project should not exist.”

Her comments are likely to ignite tensions with Washington, which was already said to be unimpressed with the EU signing an investment pact with China earlier this year.

Mr Biden has repeatedly stressed the need for transatlantic cooperation to put pressure on Beijing and Moscow.

In a recent report, the head of Oxford-based think-tank Euro Intelligence Wolfgang Munchau, echoed Mr Beck’s claims, saying: “Superficially, we will note that the tone will improve, on Twitter naturally, but also in bilateral meetings.

“But on almost all of the substantive disagreements, Europeans are about to discover that their problems are with the US as a country, and with the Democratic Party in particular. 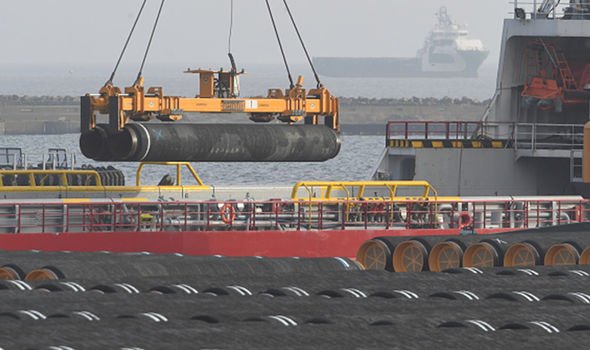 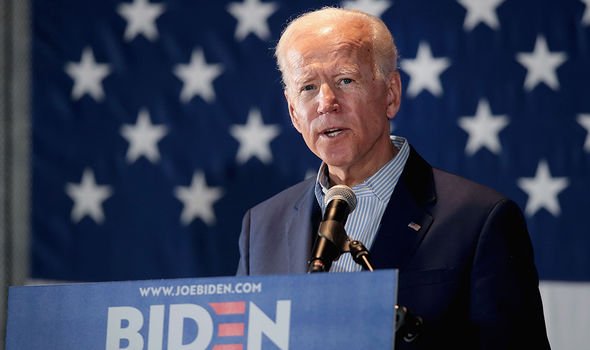 “Norbert Röttgen, the German politician who came third in the Christian Democratic Union party (CDU) leadership race but who remains as chairman of the Bundestag’s foreign affairs committee, said he expected US opposition to Nordstream 2 to intensify. So do we. We cannot think of any project right now more disastrous for transatlantic relations than a pipeline that makes the EU dependent on Russian gas.”

He added: “We expect to hear a lot more of that in other foreign policy areas too. Europeans will discover that as far as they are concerned, the Biden administration is not going to be as much of a break from the Trump era as they had hoped.

“And we also know from the days when Biden was Vice-President, that he, more than Barack Obama, pushed the Europeans to implement their NATO defence spending promises.”

Mr Munchau concluded that after seeing the reactions in Europe to Mr Biden’s inauguration, EuroIntelligence “got a sense that a lot of people over here are likely to end up disappointed”.