Beirut: A former US Navy analyst who spent 30 years in prison for passing secret military intelligence to Israel arrived there yesterday to a hero's welcome from Benjamin Netanyahu, the country's prime minister.

Jonathan Pollard, one of the most prolific spies in US history, was greeted by Netanyahu holding Israeli ID cards for him and his wife after they were released from parole travel restrictions by the Trump administration. 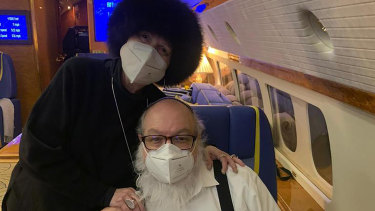 "You're home," the prime minister said, after reciting a Hebrew blessing of thanks. Pollard, 66, touched down on a private plane owned by the American casino magnate Sheldon Adelson, a billionaire supporter of both Netanyahu and Donald Trump, the US president. The lifting of parole restrictions was seen as the latest in a string of diplomatic gifts from the departing Trump administration.

In the Eighties, as a US Navy analyst, Pollard sold classified documents to the Israelis in exchange for thousands of dollars per month.

His information helped Israel identify and attack the Palestine Liberation Organisation headquarters in Tunis in 1985. That same year he was arrested by the FBI while trying to claim asylum at the Israeli embassy in Washington.

Pollard was awarded Israeli citizenship in 1995 and a campaign, organised by Esther Zeitz, began to have him released. She later married Pollard after he divorced his wife. 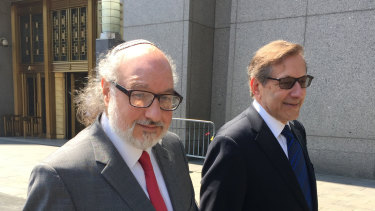 Stepping off their plane yesterday, the couple removed their masks and kissed the ground before greeting Netanyahu. "We are ecstatic to be home at last after 35 years," said Pollard.

American national security officials had long objected to any easing of Pollard's punishment, highlighting the damage he caused to American intelligence collection. But objections from intelligence officers largely became muted over time, with some acknowledging that Pollard had paid his debt.

In Israel, Pollard's case became a cause célèbre of some on the right wing who argued that he was a national hero who had been abandoned to his fate. Many in the country felt that he had received a disproportionately long sentence.

But others saw him with more jaundiced eyes, noting that he had sold American secrets for large sums of money. And others faulted him for having created enormous problems for Jews in the U.S. government who felt that their loyalties had been suddenly called into question.

Israel Waismel-Manor, a political science lecturer at the University of Haifa, wrote a harshly critical post on Twitter on Wednesday, dismissing the notion that Pollard was a hero and describing him as driven by ego and money.

END_OF_DOCUMENT_TOKEN_TO_BE_REPLACED

END_OF_DOCUMENT_TOKEN_TO_BE_REPLACED
Recent Posts
We and our partners use cookies on this site to improve our service, perform analytics, personalize advertising, measure advertising performance, and remember website preferences.Ok