HONG KONG (Reuters) – Hong Kong’s protest movement began as opposition to a now-suspended extradition bill but evolved into a direct challenge to the city’s government and calls for full democracy. 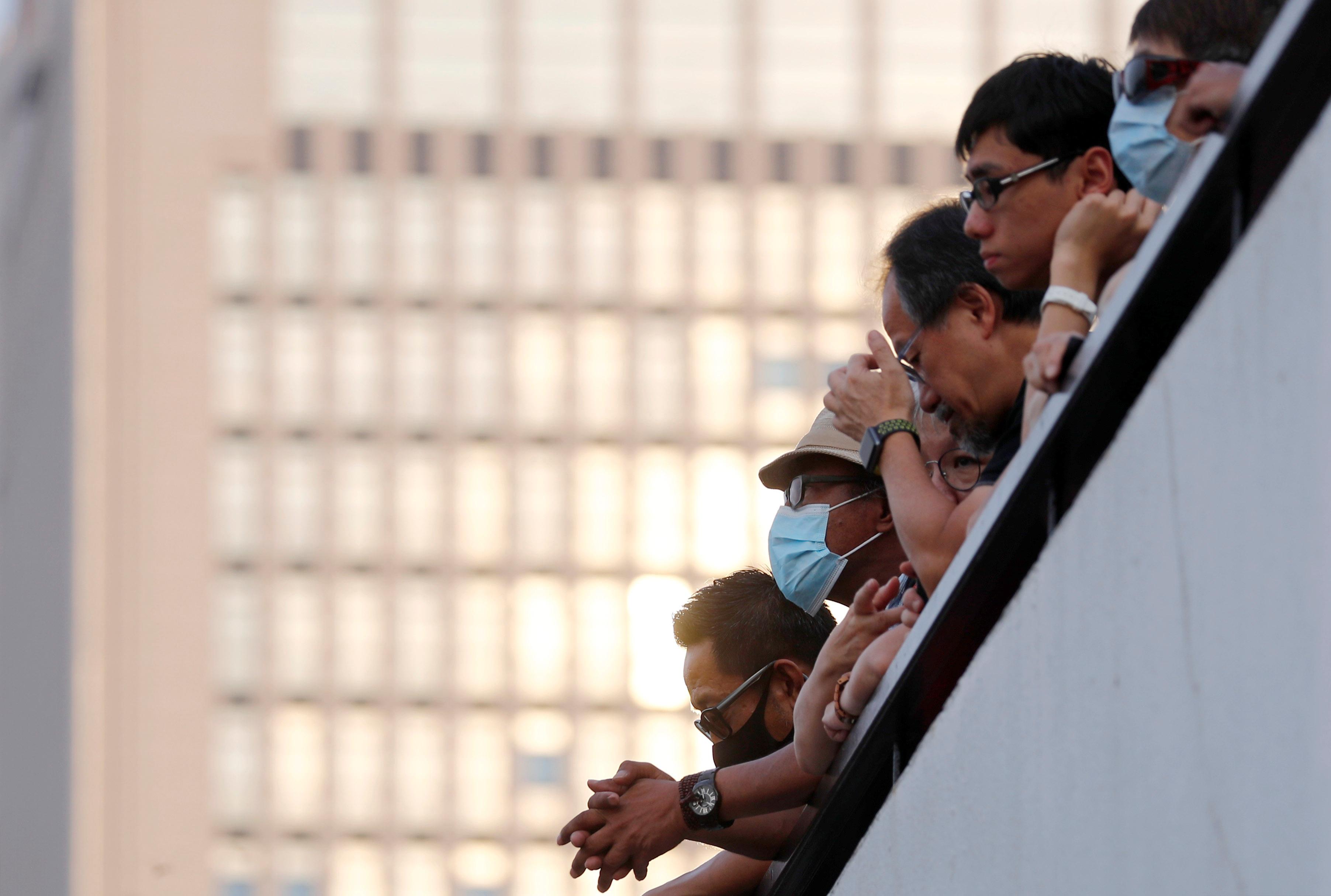 Beyond their immediate demands, many young protesters, express fears for the future – anxiety that reflects broader uncertainty over China’s promise to Britain to maintain the freewheeling city’s way of life for 50 years.

The fears are twofold. Firstly, many Hong Kong people have watched what they see as Beijing’s tightening grip on their city, from the detention of booksellers by mainland security agents to the expulsion of a foreign journalist, the jailing of young activists, sweeping legal interpretations by Beijing on city matters, and curbs on electoral freedom.

Many say the extradition bill – which would have put Hong Kong people at the mercy of China’s Communist Party-controlled courts – was merely the latest in a string of erosions.

But their fears also reflect uncertainty over Hong Kong’s future that is written into the Basic Law, the mini-constitution that has guided Hong Kong’s relations with Beijing since the handover from British rule in 1997.

The document enshrines rights and freedoms – including freedom of speech, assembly and an independent judiciary – inherent in the “one country, two systems” formula that underpinned agreement between Beijing and London.

Those freedoms remain far greater than those that exist on the mainland, where the Communist Party ultimately controls many aspects of society, including the media and the courts.

Article 5 of the Basic Law states that China’s “socialist system and policies” shall not be practised in Hong Kong and “the previous capitalist system and way of life shall remain unchanged for 50 years”.

Just as British colonial Hong Kong was famously described by the Eurasian writer Han Suyin as existing on “borrowed time in a borrowed place”, the clock to 2047 is ticking.

No one knows. Talking to officials, scholars, business people and protesters, there is uncertainty about the broad principles and the impact on specifics, such as property leases and the judiciary.

Some believe much will depend on how Beijing views the city at the time, and what political changes unfold across China over the next 28 years.

“Of course, it’s vague but it is clear that after 50 years mainland policy can change. They don’t have to change but they can change,” said Simon Young, a professor at the University of Hong Kong Law School.

“They would no longer be beholden by Article 5 and the Joint Declaration,” he said, referring to another agreement with Britain.

The city’s government has said little on Hong Kong after 2047. Its constitutional affairs bureau said in 2016 the Basic Law had no expiry date.

“The country’s sovereignty over Hong Kong will not change 50 years after Hong Kong’s return to the Motherland, nor will the country change its basic policies towards Hong Kong after 50 years,” then bureau undersecretary Ronald Chan said at the time.

A bureau spokeswoman affirmed that reply to Reuters this week. “There is no question of the expiry of the Basic Law in 2047 as the PRC (People’s Republic of China) will not change its basic policies to Hong Kong, i.e. one country, two systems.”

Despite the protests, Ip Kwok-him, a veteran pro-establishment politician who sits on Hong Kong’s Executive Council, its top policy advisory body, said he believed Beijing still wanted to extend the formula beyond 2047.

“In my interactions with China’s leaders, I could sense this position,” said Ip, who is also a delegate to China’s parliament, the National People’s Congress.

The central government’s Hong Kong and Macau Affairs Office did not respond to questions from Reuters on the issue.

Many in Hong Kong remain far more skeptical, fearing that Hong Kong will be absorbed into China’s system and its freedoms, already under threat, will evaporate.

WHAT IMPACT ON THE PROTESTS?

As protests enter their 12th week, it is clear the question of 2047 is becoming more pertinent. Young protesters’ increasing focus on issues like democratic reform – promised in the Basic Law – highlights a desire to protect Hong Kong’s freedoms in the years ahead.

As thousands of activists shut down Hong Kong’s airport last week, a sign hung above them in the arrivals’ hall: “Let the future be created”.

END_OF_DOCUMENT_TOKEN_TO_BE_REPLACED

END_OF_DOCUMENT_TOKEN_TO_BE_REPLACED
Recent Posts
We and our partners use cookies on this site to improve our service, perform analytics, personalize advertising, measure advertising performance, and remember website preferences.Ok