Deadly explosions at a fireworks warehouse ripped through a popular market in the Armenian capital of Yerevan this morning, leaving civilians digging desperately to free trapped relatives from the debris.

The blasts, which killed at least two people and injured more than 60 according to Armenia’s health agency, sent huge plumes of thick, black smoke rising through nearby streets as terrified civilians fled the scene, dramatic video footage revealed.

The cause of the incident is still unknown, but the explosions ignited a large fire which spread through the halls of the market and reduced it to rubble.

Images of the aftermath depict firefighters struggling to extinguish the blaze which only grew stronger as one batch of fireworks exploded and subsequently triggered another in a devastating chain reaction.

When the smoke began to clear, the smouldering husk of the gutted shopping centre was revealed as rescue workers and civilians alike descended on the rubble to search for survivors. 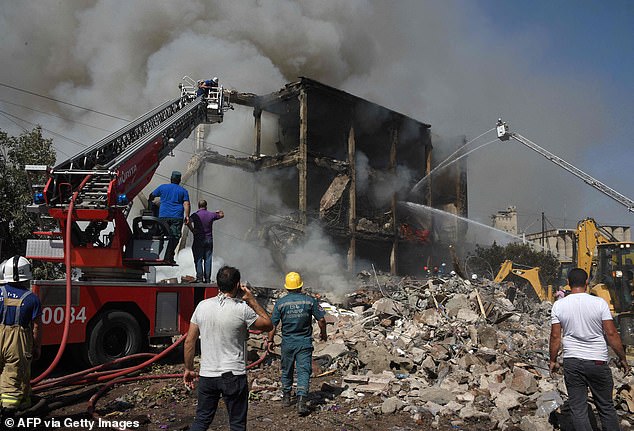 Rescue workers operate on the site of a retail market in the Armenian capital Yerevan on August 14, 2022, after a series of powerful explosions destroyed the building and killed at least two 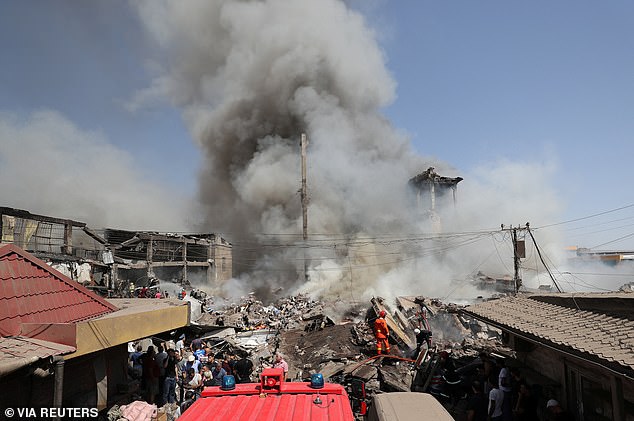 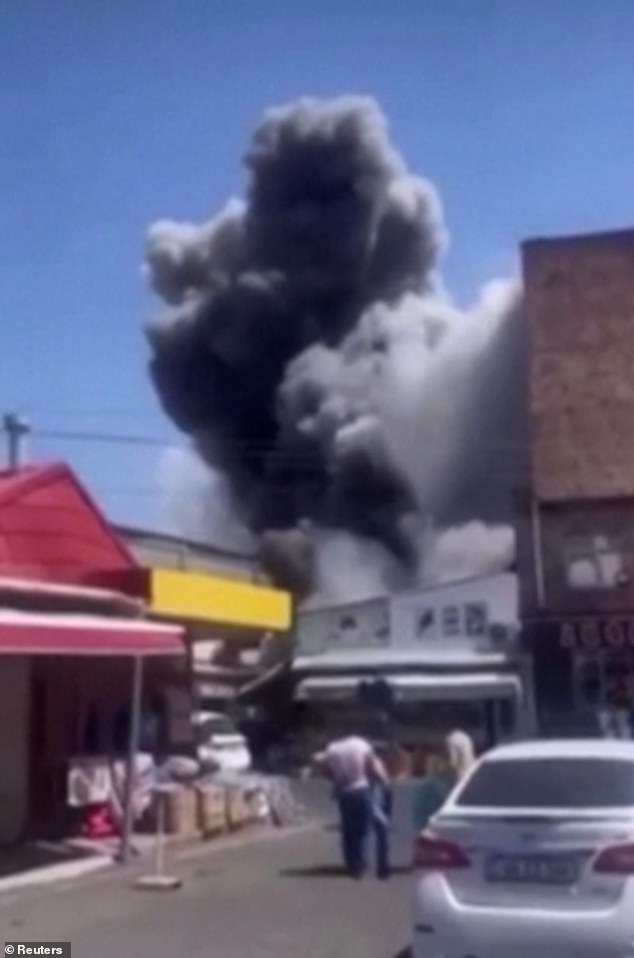 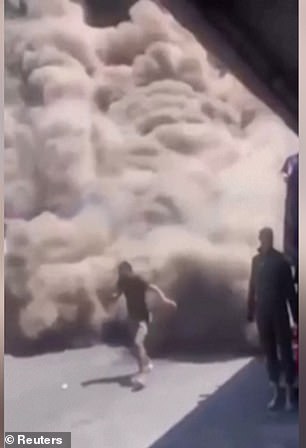 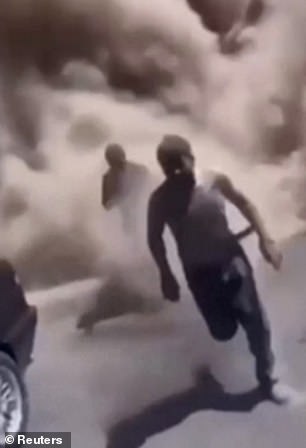 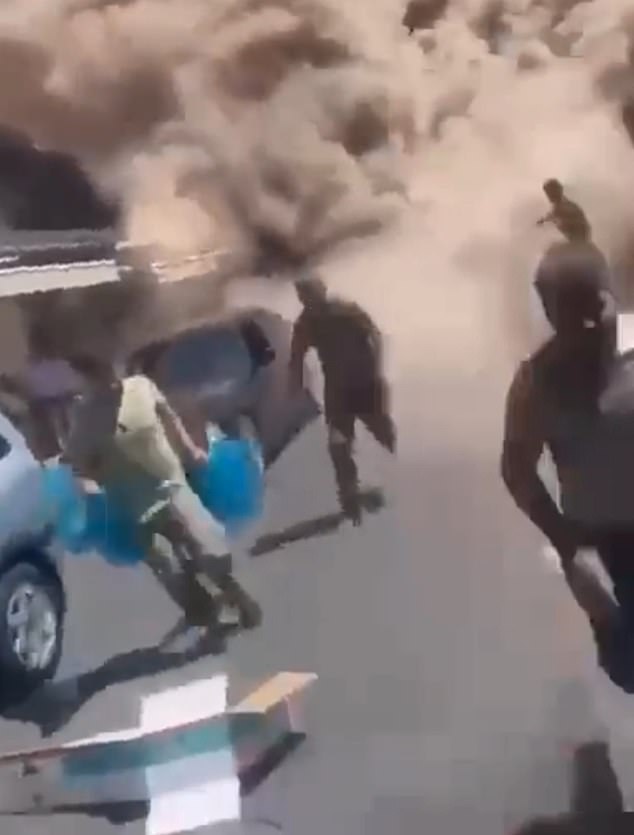 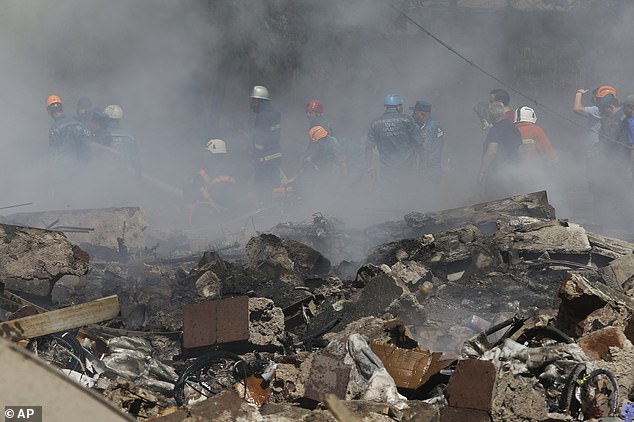 Firefighters work on the side of fire of Surmalu market about two kilometres (1.2 miles) south of the centre Yerevan, Armenia, Sunday, Aug. 14, 2022 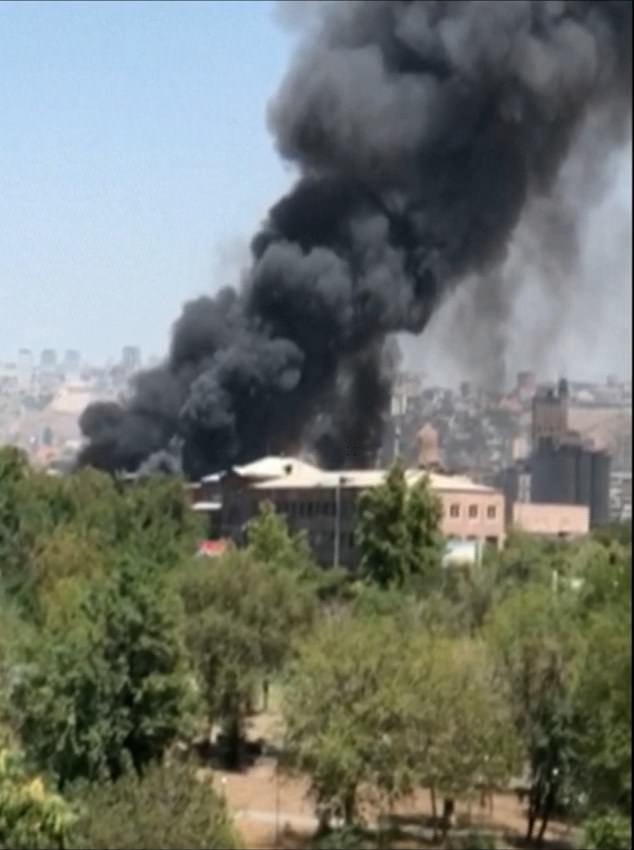 Authorities have not yet commented on what may have triggered the incident at the Surmalu market, a well frequented retail spot roughly a mile and a half south of the city centre.

Helmeted rescue workers and firefighters this afternoon were filmed fervently pulling away chunks of rubble, aided by civilians who escaped the blast but whose friends and family members likely remained stuck.

An Associated Press reporter at the scene saw two people pulled from the rubble earlier today – a woman with an injured leg and a young man who appeared to be unconscious.

But a spokesperson for Armenia’s Ministry of Emergency Situations separately told TASS news agency that 20 people had contacted the department because they could not reach loved ones who were shopping at the time of the explosion. 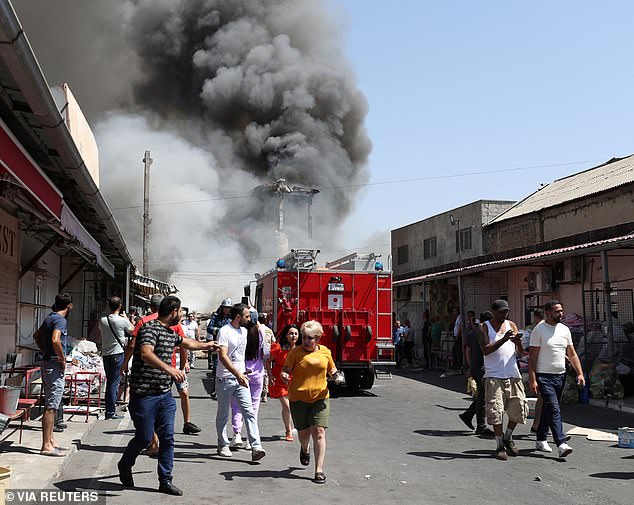 Smoke rises after blasts ripped through a fireworks warehouse in a shopping mall in Yerevan, Armenia August 14, 2022 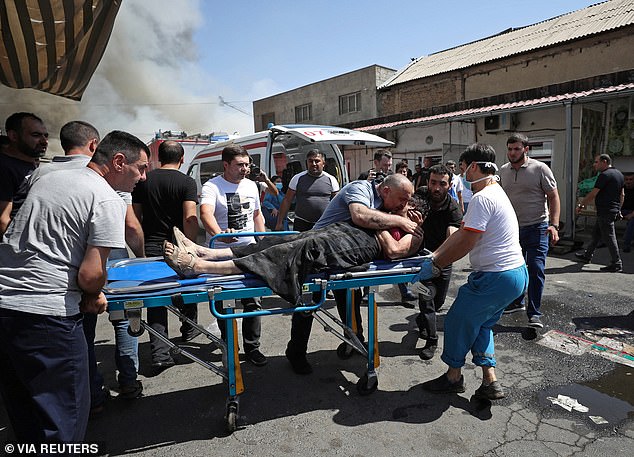 A wounded woman is transported on a stretcher after blasts ripped through a fireworks warehouse in a shopping mall in Yerevan, Armenia August 14, 2022 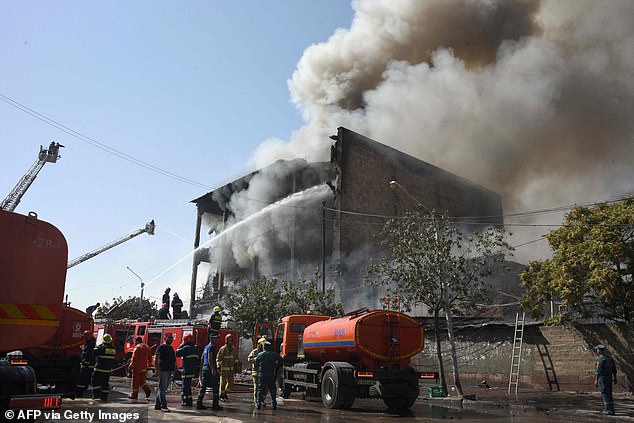 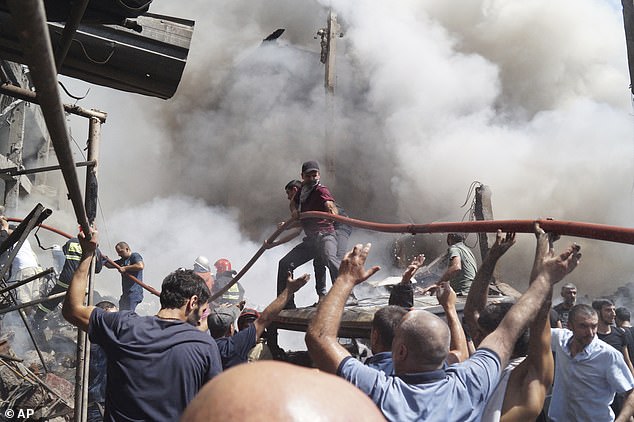 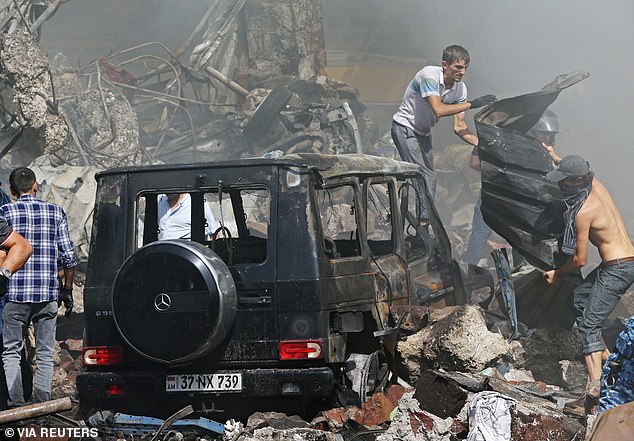 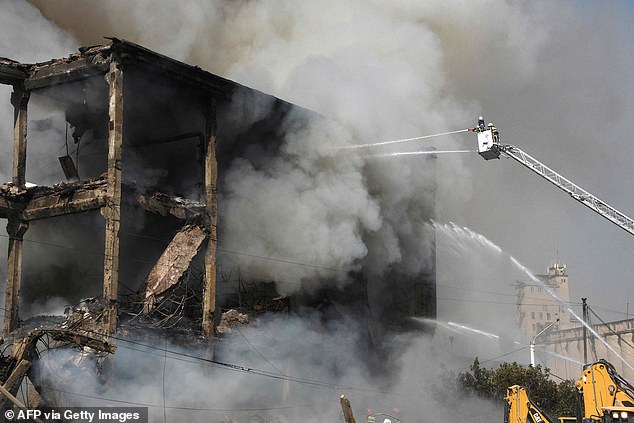 A rescue worker operates on the site of a retail market in the Armenian capital Yerevan on August 14, 2022

Of the 60 people injured in the blasts, the health ministry said 11 were children and 36 were in a moderate to critical condition.

The ministry did however confirm earlier this afternoon that 22 people treated for injuries had already been discharged.

Health ministry spokespeople confirmed a second body was pulled from the rubble this afternoon, but it is highly likely that the death toll will increase in the coming hours.