Death from above! Face of Mexican ‘Day of the Dead’ symbol ‘the Elegant Skull’ appears in volcanic ash cloud weeks before the annual festival

‘The Elegant Skull’, the face of Mexico’s ‘Day of the Dead’ festival, appeared in a volcanic ash cloud during an eruption weeks before the annual festivities.

A photograph of the cloud shared on social media soon had netizens likening its shape to the character – also known as The Catrina Skull – and saw the sighting as a reminder of the festival held on November 1 and 2 every year.

The picture of the Popocatepetl volcano eruption, located between the central Mexican states of Puebla, Morelos and Mexico, was taken on Wednesday. 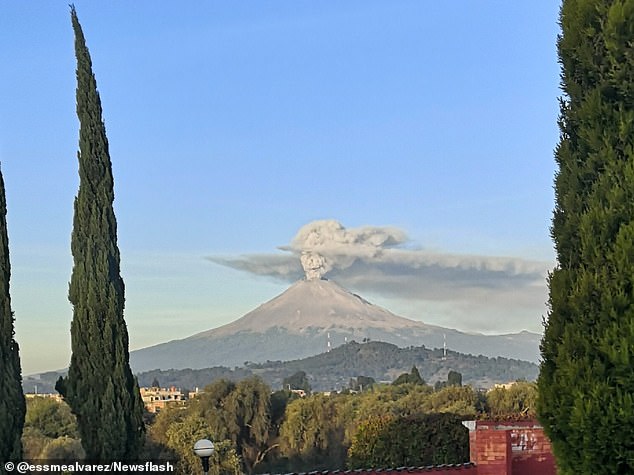 This is the moment a cloud of smoke was photographed coming from a Mexican volcano, with locals seeing it as a reminder of the imminent ‘Day of the Dead’ festival at the end of the month 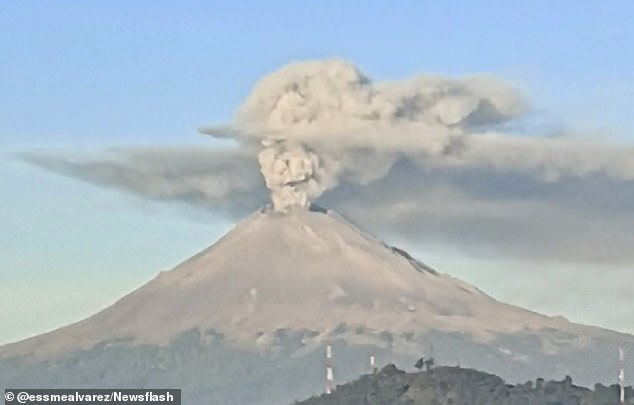 Netizens commented that the shape formed by the plume of smoke was similar to that of the ‘La Calavera Catrina’ (The Catrina Skull), the unofficial face of the ‘Day of the Dead’ festival

Authorities from Puebla issued a warning on Wednesday morning notifying citizens the volcano was showing moderate activity, however, what made headlines was the viral picture of the cloud of ash it was producing.

People have interpreted it to be in the shape the ‘La Calavera Catrina’ (The Catrina Skull, also known as The Elegant Skull) which is the unofficial face of the ‘Day of the Dead’ festival.

The pictures shows a large ash cloud spewing out of the volcano with some saying it is in the form of a skull, cloaked in more ash that surrounds it.

Netizens commented on the picture because they considered it had a striking resemblance to the Catrina Skull – pointing out the jaw, the eyes and even the hat, all formed by the cloud of ash.

They took the image to symbolise the approaching Day of the Dead which is celebrated in different countries across Central and South America, but is especially popular in Mexico.

Family and friends gather to remember and pray for deceased loved ones, sometimes decorating their graves in hopes of helping them on their spiritual journeys. 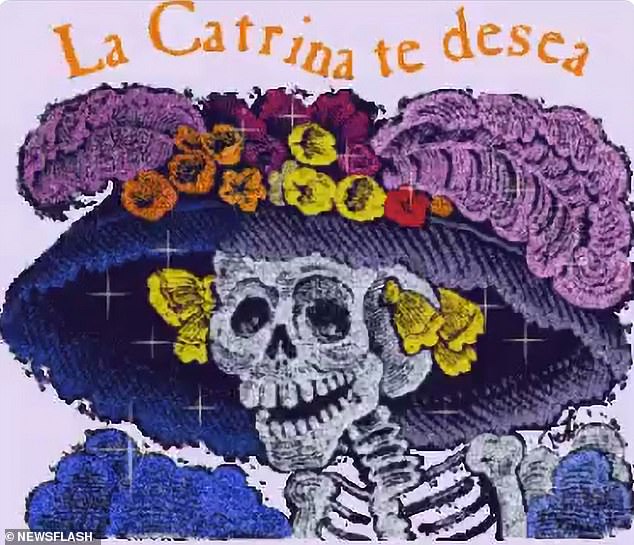 It is believed that the children’s spirits visit their loved ones on the 1st November, which is All Saints Day, and the adults visit the following day on All Souls Day.

The Catrina Skull was created by Mexican cartoonist Jose Guadalupe Posada as a satirical view of Mexicans who tried to adopt European traditions during the pre-revolution era in the early 20th century.

The hat the skull is seen wearing was a typical European style worn at the time.

Posada created the original zinc etching some time between 1910 and 1913, and the original leaflet it was distributed in described someone who was ashamed of her indigenous origins, instead choosing to imitate French style, and wearing makeup to make her skin look whiter.

While Posada originally introduced the character, its popularity – as well as her name – derived from artist Diego Rivera in his 1947 completed mural Sueño de una Tarde Dominical en la Alameda Central (Dream of a Sunday afternoon along Central Alameda), located in Mexico City.

The Elegant Skull has become Mexico’s referential image of death, and reflects the country’s somewhat humours view of it. The country pays homage to death with expressions of offerings, songs, respect and humour. 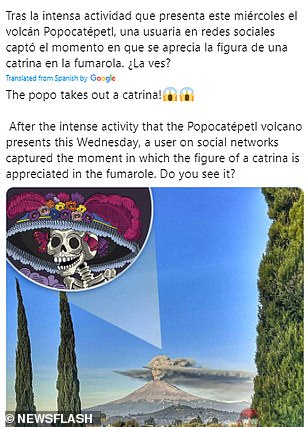 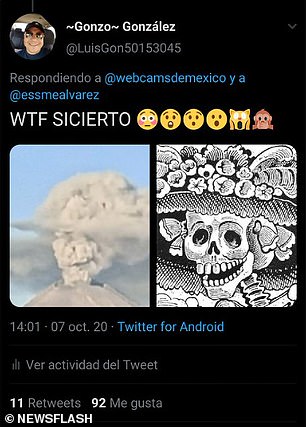 One user on Twitter asked their followers if they could see the skull in the ash cloud. Another Twitter user said it was true that there was a similarity between the cloud and The Elegant Skull

This year, several points in the nation’s capital have cancelled the festival due to a high number of COVID-19 cases.

The areas include the Xochimilco borough, the San Andres Mixquic community in the southeast of the city and the vast archaeological complex of Teotihuacan to the northeast.

People have been told to avoid staying near Popocatepetl which has seen an accumulation of volcanic gas and ash in the area.

The National Centre for Disaster Prevention reported it has registered 104 exhalations and 483 minutes of tremors. 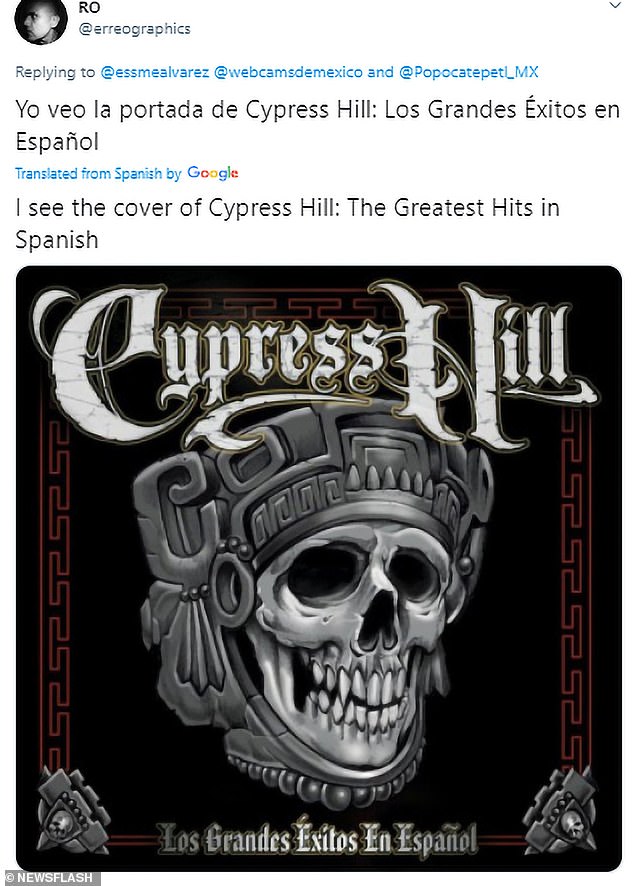 One Twitter user said that while he didn’t see the The Catrina Skull, he did see the cover of the band’s Cypress Hill’s Spanish release of their greatest hits (pictured)

END_OF_DOCUMENT_TOKEN_TO_BE_REPLACED

END_OF_DOCUMENT_TOKEN_TO_BE_REPLACED
Recent Posts
We and our partners use cookies on this site to improve our service, perform analytics, personalize advertising, measure advertising performance, and remember website preferences.Ok