Family’s fury after paramedics had to BORROW chair for pensioner

A stricken pensioner suffered a ‘horrendous death’ after he was forced to wait more than an hour while paramedics borrowed a chair from a supermarket to lift him into an ambulance, his heartbroken family say.

Robert Chandler, 85, died in the James Paget University Hospital in Great Yarmouth after he suffered a collapsed lung from a fall on September 24 last year.

He was forced to wait for more than an hour for an ambulance to arrive before the paramedics’ chair ‘failed to inflate’.

One of the crew then went to find a replacement in a nearby supermarket, Norfolk coroner Jacqueline Lake heard. 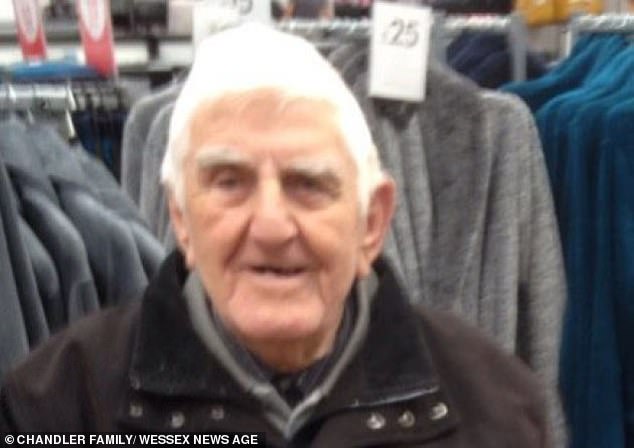 Robert Chandler, 85, died in the James Paget University Hospital in Great Yarmouth after he suffered a collapsed lung from a fall on September 24 last year

Once a chair was found Mr Chandler was lifted under his arms despite describing pain in his chest.

His family say while he was waiting for the ambulance to arrive he was in ‘discomfort’ but ‘generally in good spirits’ before his death the following day.

An inquest found he died of medical causes after a series of mistakes including not using safety straps, not checking equipment and offering no pain relief, were made.

The coroner said ‘issues of concern’ were so serious that she’s written a prevention of future deaths report, making a series of recommendations.

Mr Chandler’s son said: ‘My Dad was lying on the floor for over an hour waiting for help, albeit in discomfort but generally in good spirits.

‘It is unbearable for all of us to know that all this was done to my father without any pain relief at all despite repeated requests from my mum to the crew to ease his discomfort.

‘Sadly this will be a lasting memory of our experience with an ambulance service that prior to this incident we all believed was the envy of the whole world.

‘The report and statements only reinforce the whole family’s belief that due to the extended delay of attendance, along with a calamity of errors by the ambulance crew, my father suffered a horrendous death that he didn’t deserve, and he has been robbed of a peaceful passing in his old age.

‘We are convinced that had an emergency response team arrived in good time, and had they carried out the correct lifting procedures once in attendance, there would be every chance my father would have survived this fall, and our family would not have been put through such a heart-breaking ordeal of seeing our loved one taken from us in such horrific circumstances.’ 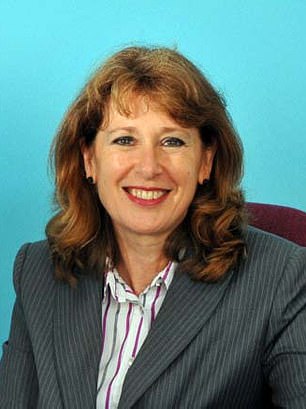 One of the crew was forced to find a replacement in a nearby supermarket, Norfolk coroner Jacqueline Lake heard

The coroner demanded answers from the chief executive of the East of England Ambulance Service.

Equipment, she said, should be checked by staff daily, adding ‘The evidence is that this is not always done.’

She also noted an electronic tablet was not sufficiently charged to record all the incident information, and that paper records were not adequately completed.

She told the chief executive of East of England Ambulance Service: ‘In my opinion action should be taken to prevent future deaths and I believe your organisation has the power to take such action.

‘You are under a duty to respond to this report within 56 days of the date of this report.

‘Your response must contain details of action taken or proposed to be taken, setting out the timetable for action.

‘Otherwise you must explain why no action is proposed.’

The East of England Ambulance Service has apologised to Mr Chandler’s family for the distress suffered during his treatment and transfer to hospital.

The ambulance service said: ‘We would like to offer our sincere condolences to Mr Chandler’s family.

‘We have formally apologised to them for the delay in reaching Mr Chandler and for the distress they suffered during his treatment and transfer to hospital.

‘Our chief executive provided a response to the coroner and Mr Chandler’s family regarding the report to prevent future deaths within the timescale given which addresses each of the points raised and, where appropriate,  provides further explanation or details of actions being undertaken.

‘This will be published by the coroner in due course.’

The prevention of future deaths report was published on Sunday, May 26 and the East of England Ambulance Service have until July 21 to respond.