Emergency services were called to the scene just before 4pm today after the site, which is being developed into luxury flats, set on fire.

Pictures and video show huge plumes of black smoke billowing from the the former Jordanhill Campus, which was part of Strathclyde University.

A spokeswoman for the fire service said: “The Scottish Fire and Rescue Service was alerted at 3.57pm on Saturday 8 June to reports of a fire in a derelict building in Glasgow.

“Operation control mobilised four fire engines and the crews were met by a well-developed fire.

“Firefighters currently remain on scene and are working to extinguish the fire.”

Councillor Michael Cullen tweeted: “Beware large fire in Old Jordanhill college everyone please be careful and ensure our emergency services have access to deal with this ongoing incident!” 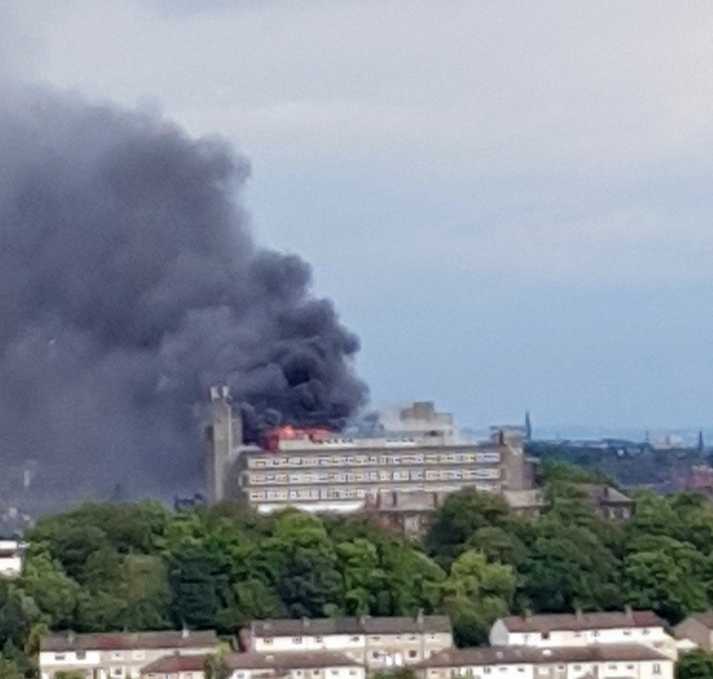 It has been empty since 2012 and was used for teacher training, before the university moved to the John Anderson Campus in the city centre.

Residents are posting pictures of the scene on Twitter, with many in shock over how vast the blaze appears to be.

“Looks serious!” posted one Twitter user, while another added: “Current view from our livingroom window! Former Jordanhill campus is on fire hope no one’s hurt! #glasgow”

Videos have also circulated online that portray the potential damage to the site, which includes a listed building. 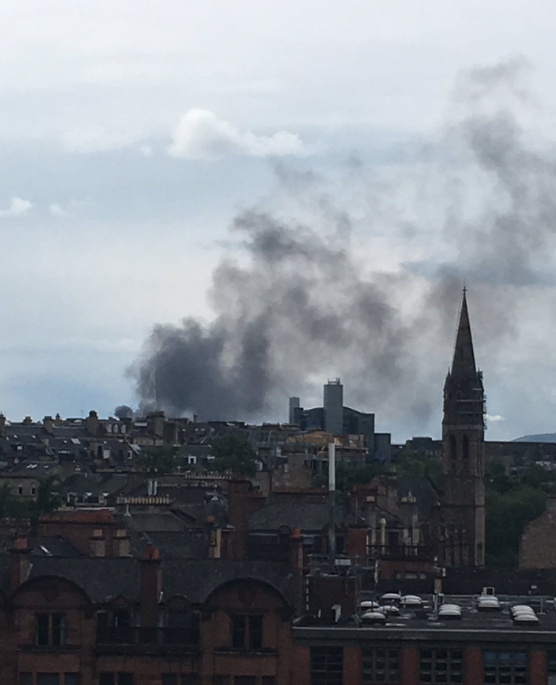 The latest incident comes in the wake of a number of fires sparked in some of the city’s most iconic buildings.

In the space of just four years, two fires have devastated the Grade A Mackintosh building at the Glasgow School of Art.

The city was left devastated after one of its most-loved pieces of architecture went up in flames in 2014, before igniting again in 2018.