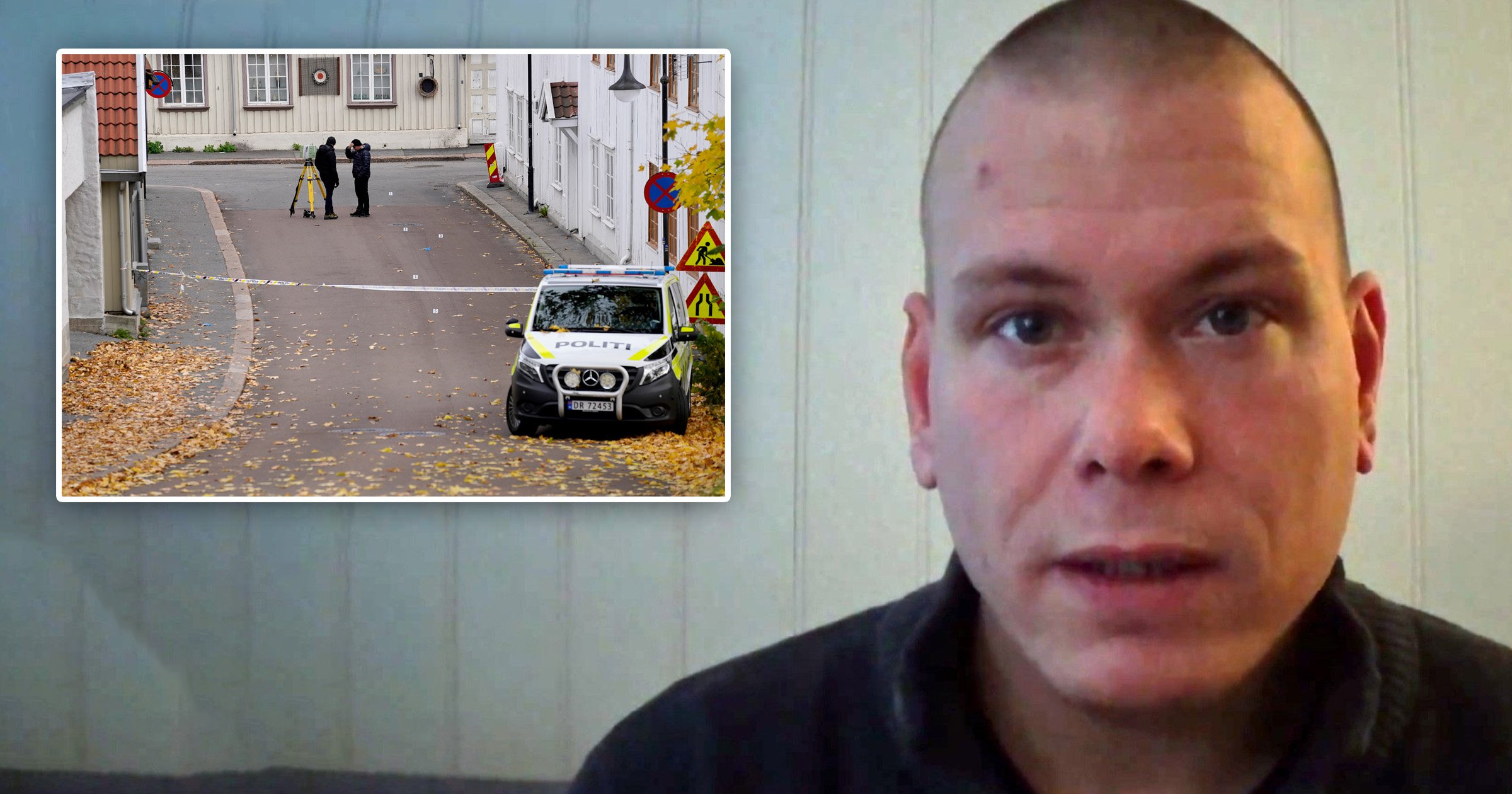 A 37-year-old ‘Muslim convert’ suspected of killing five people with a bow and arrow in Norway on Thursday night has been pictured for the first time.

Espen Andersen Brathen, 37, was arrested on Wednesday following a chase in the town of Kongsberg, 42 miles from the capital of Oslo.

Reports described a man shooting arrows at victims across various locations in the town in what local authorities have since said ‘appears to be an act of terrorism’.

In a self-shot video believed to have been posted online at least four years ago, he said, speaking in English: ‘Hello. I am a messenger. I come with a warning.

‘Is this really what you want? And to all who want to make up for themselves, so it’s time. Bear witness that I am a Muslim.’

Brathen, a Danish citizen born to a Danish mother and Norwegian father, had lived in the town for several years, authorities said.

According to Danish newspaper Nettavisen, he was suffering from untreated mental health problems and had previous convictions for aggravated theft and possession of small amounts of hashish, a derivative of cannabis.

In 2020, the 37-year-old was reportedly issued with a restraining order preventing him from seeing his parents after he threatened to kill his father.

The victims, four women and one man, were all aged between 50 and 70. Police have yet to indicate a motive.

A close friend told Nettavisen that Brathen is not a ‘monster’ but a ‘sensitive and vulnerable person who has struggled a lot with his psyche, and who has never got any help’.

He claimed to have warned police about the videos, said to have appeared on YouTube, in 2017.

Officers confronted a suspect six minutes after an attack was first reported shortly after 6pm local time, according to the region’s police chief Ole Saeverud.

The suspect shot some arrows at a police vehicle and escaped but was caught 30 minutes later, with officers firing warning shots during the confrontation.

Mr Saeverud confirmed they had received an unspecified number of reports about Brathen prior to 2021 and that ‘there were previously fears linked to his radicalisation’, describing him as a ‘convert to Islam’.

Following police interviews, the force’s prosecutor Ann Irén Svane Mathiassen: ‘He admits the circumstances. That it is him that undertook the actions he is charged with.

‘But the extent to which he will admit his guilt, we must wait.’

Ms Mathiassen said the suspect is being assessed by forensic psychiatric experts but that this is not unusual in such serious cases.

Got a story? Get in touch with our news team by emailing us at [email protected] Or you can submit your videos and pictures here.