A FLIGHT attendant was called a "mask nazi" and"glorified maid" in a nasty note that got an author suspended from American Airlines.

A picture of the letter was posted to Twitter on Thursday, claiming it was handed to the flight attendant as the passenger was getting off the plane. 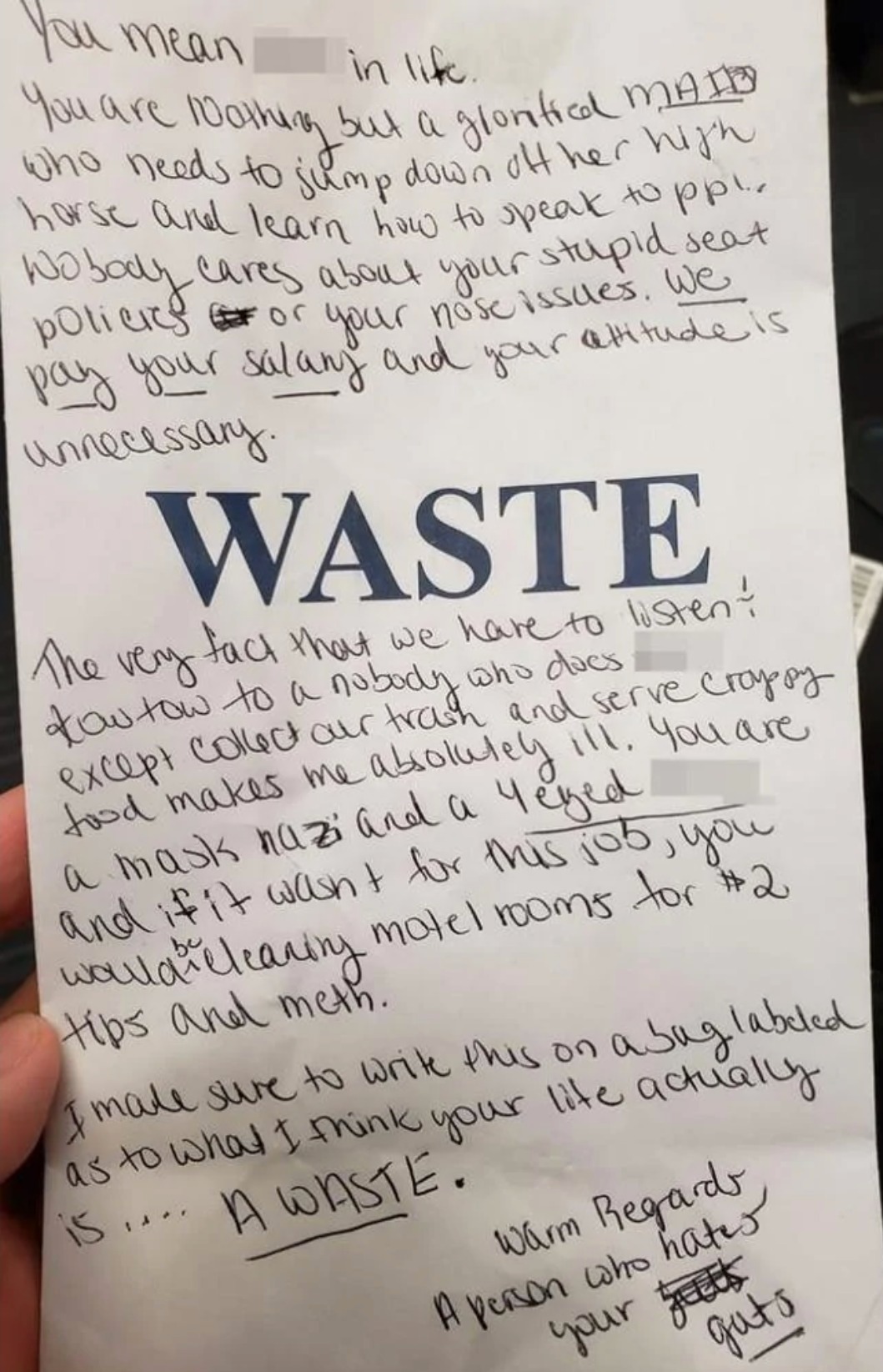 The post said that the flight attendant had asked her to wear her mask over her nose.

"You mean s**t in life," the note, that was written on a sick bag labeled "Waste" began.

"You are nothing but a glorified maid who needs to jump down off her high horse and learn how to speak to [people]. Nobody cares about your stupid seat policies or your nose issues. We pay your salary and your attitude is unnecessary. 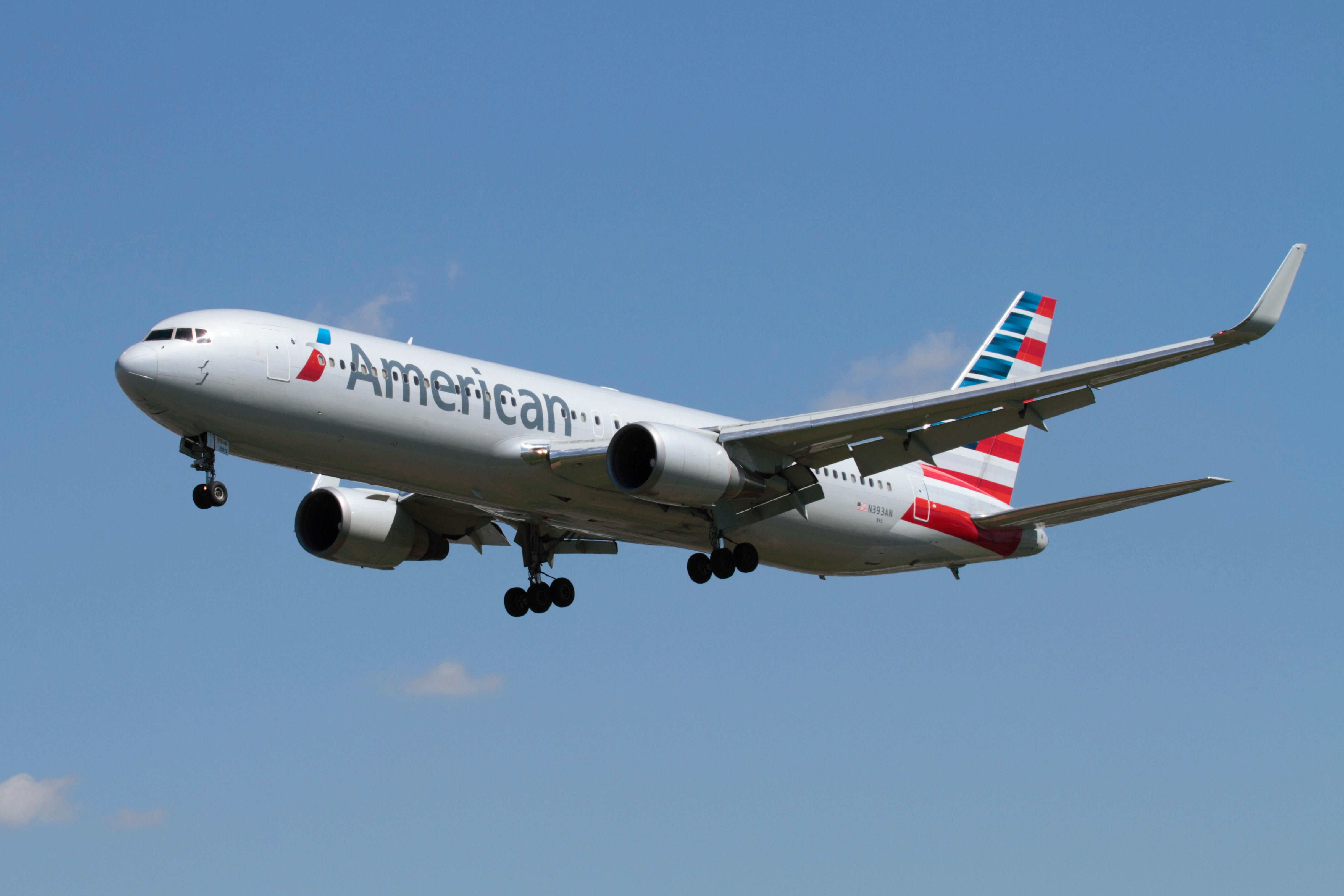 "The very fact that we have to listen & kowtow to a nobody who does s*** except collect our trash and serve crappy food makes me absolutely ill.

"You are a mask nazi and a 4 eyed c**t and if it wasn’t for this job, you would be cleaning motel rooms for $2 tips and meth."

The note concluded, "I made sure to write this on a bag labeled as to what I think your life actually is … A WASTE" and was signed by "a person who hates your guts."

American Airlines confirmed that it has suspended a passenger from the airline while it investigates.

The airline told Fox News: "American Airlines is investigating an incident involving a customer passing an offensive and derogatory note to one of our flight attendants, and this customer's ability to travel on American has been suspended.

"Our flight attendants are professionals who play a critical role in ensuring the health and safety of our passengers, and we will not tolerate mistreatment of them."

END_OF_DOCUMENT_TOKEN_TO_BE_REPLACED

END_OF_DOCUMENT_TOKEN_TO_BE_REPLACED
Recent Posts
We and our partners use cookies on this site to improve our service, perform analytics, personalize advertising, measure advertising performance, and remember website preferences.Ok