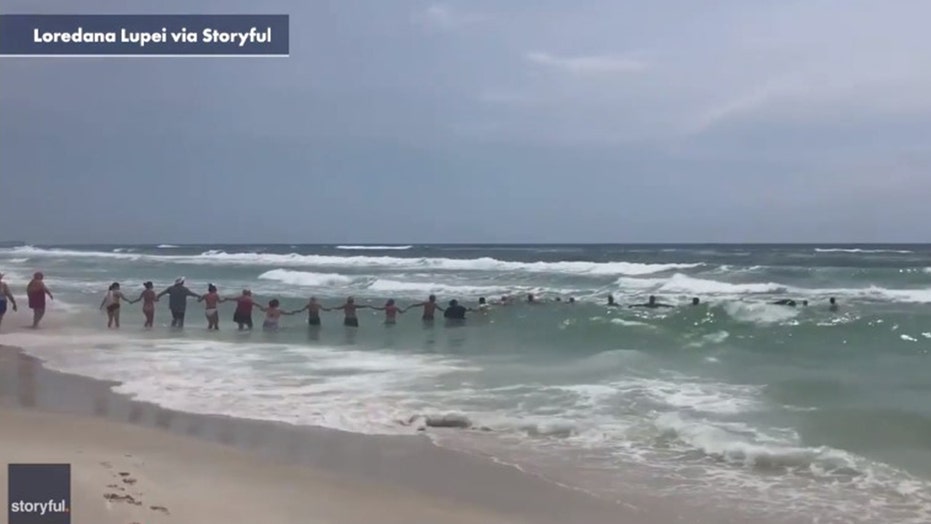 Beachgoers at Emerald Isle Resort form a human chain to pull a woman out of the rough Gulf surf.

More than a dozen people on a Florida beach joined together to form a human chain and brave the rough Gulf tide to rescue a stranded swimmer.

Briana Stelmachers and her family were lounging outside the Emerald Isle Resort in Panama City Beach on Wednesday when they heard a woman screaming for help.

A little girl had gotten pulled out in the tide, and a woman had successfully swum out to save her, but a second woman involved in the rescue effort had herself gotten stuck. 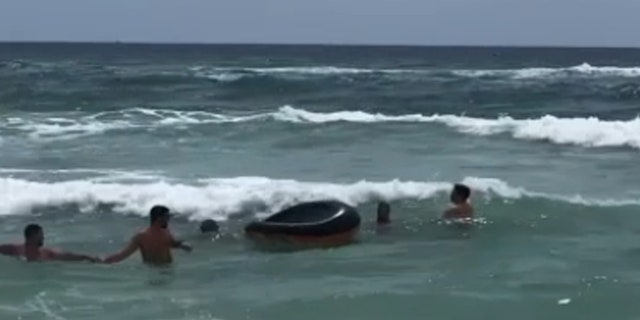 That’s when Ryan, Briana’s husband, took a raft and tried to rescue the woman, but the surf was too rough and he struggled to reach her.

Ryan described the rescue effort as “one step forward” and “three steps” back. 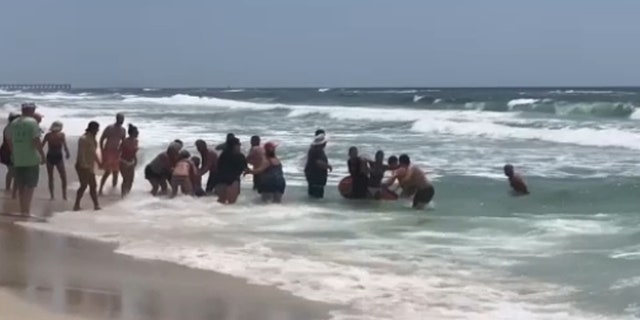 “So once my husband got out there, and I saw they were struggling, you know I kind of panicked but you know the strangers held my daughter and watched my son while I could help and everyone got back in safe,” Briana told WMBB.

The safe return was thanks to dozens of people coming together across the beach to form a human chain and reach out into the water.

Loredana Lupei recorded the rescue and posted the video to Storyful, which shows people cheering after returning everyone safely to shore.

Ryan Stelmachers described the current as the worst he’s ever seen. The beach indicated a “Single Red” flag, which was upgraded to “Double Red” to indicate the danger of swimming.

“I’m the last person in the world to say that because I’m always like, ‘Let’s go to the beach,’ you know?” Ryan explained. “‘It’s no big deal, I’m not scared,’ but that was no joke today.”