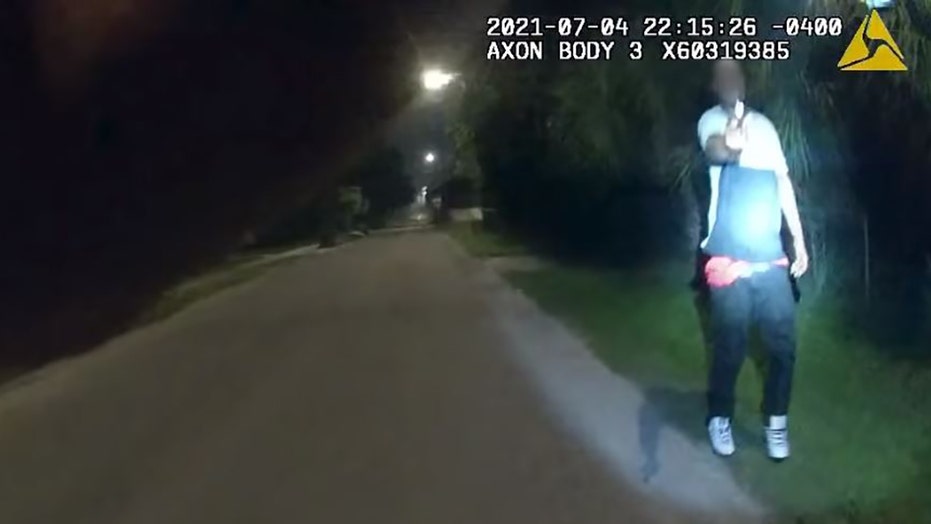 Police in Florida released bodycam video of a fatal officer-involved shooting over July Fourth weekend that shows a man pointing a gun at an officer before being shot.

The incident happened just after 10 p.m. Sunday when Tampa police responded to a call about a fight near the 3700 block of Temple Street, where one man was reportedly armed with a gun, the Tampa Police Department said.

Tampa police released about two minutes of video footage leading up to the shooting.

The video shows Velazquez stopping at a gas station to ask an employee where the suspect went and to give a description. Velazquez then leaves the store and spots a man armed with a gun as he walks through the parking lot.

The officer can be seen drawing his service weapon and giving chase when the suspect runs.

“You’re going to get shot,” Velazques says as he catches up to Turbe. “Put the gun down now!” 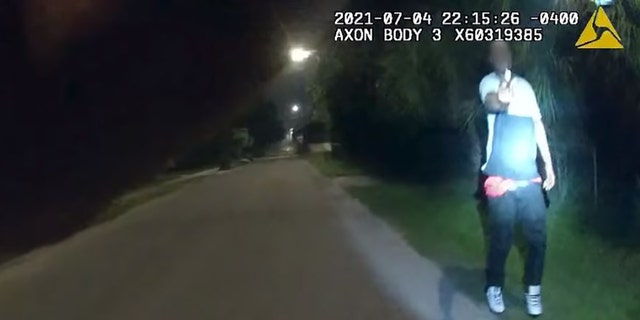 Turbe turned toward and pointed a gun at an officer who was giving chase following a report of a fight, police said. Turbe was shot and later died at a hospital.
(Tampa Police Department)

Turbe appears to turn around and move toward the officer with a gun in one hand at his side. He then appears to raise the gun at Velazquez, who repeatedly orders him to drop the gun.

The video freezes and four gunshots can be heard. Velazquez can then be heard calling for backup as video cuts to another officer performing chest compressions on Turbe, who lay bleeding on the ground.

Police said no one else was injured in the shooting. Velazquez, who police said joined the Tampa police in 2019 and has prior law enforcement experience, was placed on administrative leave.

Police have yet to release the motive for the fight that initiated the police response.

The shooting remains under investigation.