Home » World News » For the royals, it’s starting to feel like another annus horribilis

For the royals, it’s starting to feel like another annus horribilis

It is starting to feel like another annus horribilis for the monarchy. First we had the allegations surrounding Prince Andrew's friendship with Jeffrey Epstein. Then the Queen was dragged into a constitutional crisis over Brexit. And now the Duke and Duchess of Sussex have given a television interview that feels on a par with Diana, Princess of Wales's explosive sit-down with the BBC current affairs flagship Panorama in 1995. 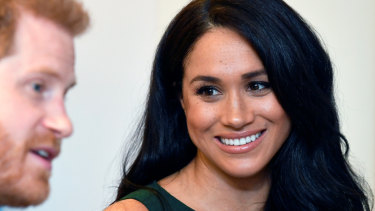 Meghan Markle has discussed how it feels to be subject to the relentless UK media treatment she endures.Credit:Getty Images Europe

By appearing to suggest she can no longer continue in the royal family as it stands, the Duchess seems to be not only casting aspersions on the tabloids, but also the Firm she married into.

Her revelation to interviewer Tom Bradby that: "Not many people have asked if I'm OK," appears to hint at a lack of support among her royal relatives – echoing the criticisms Diana made to Martin Bashir in 1995 of being isolated and misunderstood.

Sources close to the Sussexes have told me that the couple feel like they are "completely on their own", which is perhaps why they have felt able in this emotional outpouring to justify breaking with the Queen's mantra: "Never explain, never complain."

As when Diana and the Prince of Wales were having marriage problems, the suggestion seems to be that no one has taken the Sussexes aside to help them deal with criticism from the press, let alone the mental anguish they claim it has caused.

Which begs the question: have the couple been receiving poor advice, or ignoring good advice? Since they did not appear to consult their advisers or closest family before, on the final day of their tour of Africa, releasing a statement attacking the press, perhaps we can deduce that it is a bit of both.

The Duke's admission that "stuff" has happened between him and his brother, who he reveals he no longer sees as much of, also bears witness to the notion that the Sussexes are increasingly operating in a silo. The Duke used to rely on brotherly advice. Since marriage, like most husbands, he now listens to his wife. Yet unlike William, Harry clearly has not fully come to terms with his mother's death, admitting his mental health needs "constant management".

Declaring that he "will not be bullied into playing the game that killed my Mum", he confirms that he does still blame the media for what happened on August 31, 1997. Many will sympathise. Others will conclude, as did the inquest, that a combination of a drunk driver and marauding paparazzi were to blame. The Duke also appears to have forgotten that at times both of his parents were willing participants in the "game" he describes.

But this was not an interview that sought to give both sides of the story. In insisting he will protect his family at all costs – backed up by the Duchess saying she will not adopt the "British stiff upper lip" – the Sussexes appear to be saying something deeper about their role. They are no longer willing to put up and shut up, which could prove problematic for a family that has traditionally kept calm and carried on.

The Duchess of Cornwall and the Duchess of Cambridge faced a relentless media backlash at first. Both rose above. Of course there is a big difference between unfair headlines and untrue ones. But this programme did not make any clearer which stories the Sussexes were objecting to and why. Some people will be scratching their heads at the Duchess's suggestion that she and her husband don't want to be seen as a "mixed race couple", but a love story. If that is the case, why does she keep bringing race into it, as when she spoke of being a "woman of colour" in South Africa? Hardly anyone else mentions it.

No one expects them to "just exist". The public wants them to "thrive and be happy". But the reaction to this programme will inevitably be divided between those who think people in positions of great power and privilege should follow the Queen's example – and those who favour Diana's.

Related posts:
for, It's, ROYALS, starting, The
Celebrities

END_OF_DOCUMENT_TOKEN_TO_BE_REPLACED

END_OF_DOCUMENT_TOKEN_TO_BE_REPLACED
Recent Posts
We and our partners use cookies on this site to improve our service, perform analytics, personalize advertising, measure advertising performance, and remember website preferences.Ok