The National Oceanic and Atmospheric Administration (NOAA) National Weather Service (NWS) released its winter weather outlook on Thursday, predicting a drier and warmer season for the South and a wetter winter for the northern U.S.

NOAA’s Climate Prediction Center said that, due in part to the second consecutive year of La Niña conditions, above-average temperatures are most likely across the southern U.S. and much of the eastern U.S.

La Niña, the reverse of El Niño, is the periodic cooling of parts of the Pacific, affecting weather patterns worldwide.

The government forecasters also wrote that wetter-than-average conditions are anticipated over portions of the northern U.S. and primarily in the Pacific Northwest, northern Rockies, Great Lakes, Ohio Valley and western Alaska. 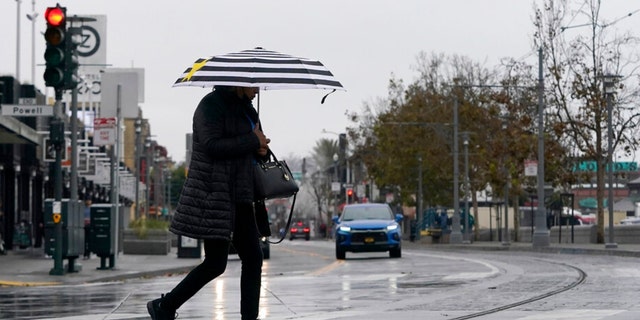 Drier-than-average conditions are expected in south-central Alaska, southern California, the Southeast and the Southwest.

Below-average temperatures are favored for southeast Alaska, the Pacific Northwest and eastward to the northern Plains.

Some areas, like the Upper Mississippi Valley and small areas of the Great Lakes, have equal chances for either below-, near- or above-average temperatures.

All of this comes as drought continues to impact the western U.S., the northern Plains and the Missouri River Basin.

The NOAA 2021 Winter Outlook said that drought conditions are forecast to persist and develop in the Southwest and southern Plains, while the Pacific Northwest, northern California, the upper Midwest and Hawaii are “most likely to experience drought improvement.” 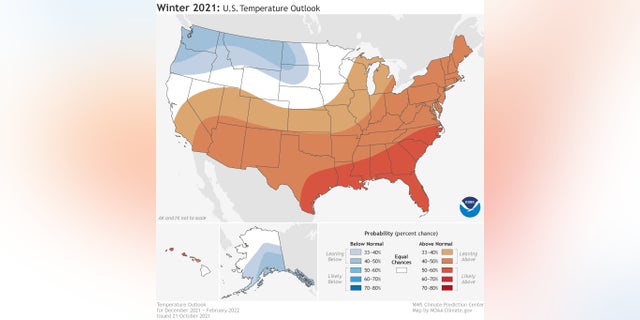 NOAA noted that its outlook does not project seasonal snowfall accumulations because “snow forecasts are generally not predictable more than a week in advance.”

This outlook extends from December 2021 through February 2022 and the next update on the three-month outlook will be available on November 19.

“Using the most up-to-date observing technologies and computer models, our dedicated forecasters at the Climate Prediction Center produce timely and accurate seasonal outlooks to help communities prepare for the months ahead,” Michael Farrar, director of the National Centers for Environmental Prediction, said in a statement.