The Burnley star, 32, looked to be enjoying himself as he partied hard after the Premier League season.

He was also seen dancing in a club with a mystery young woman in front of him.

He held an expensive black bottle of Belvedere vodka to the side of his face in one photo and looked as if he was pretending to use it as a mobile phone.

Another image shows him wearing a life jacket and scuba goggles and holding a lightsaber as he sits in a plastic canoe in the middle of a nightclub. 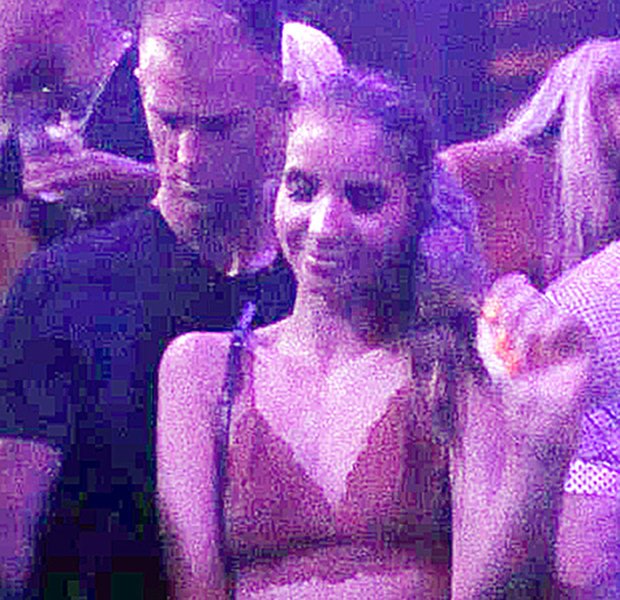 He was also pictured in a pool with two pals and a mystery woman in a selfie taken by another bikini-clad young girl who stood at the side.

In another snap he sits topless on a railing at the side of a nightspot during the trip over the late May bank holiday weekend.

In another he was seen sitting head-down with his pals’ arms around him. 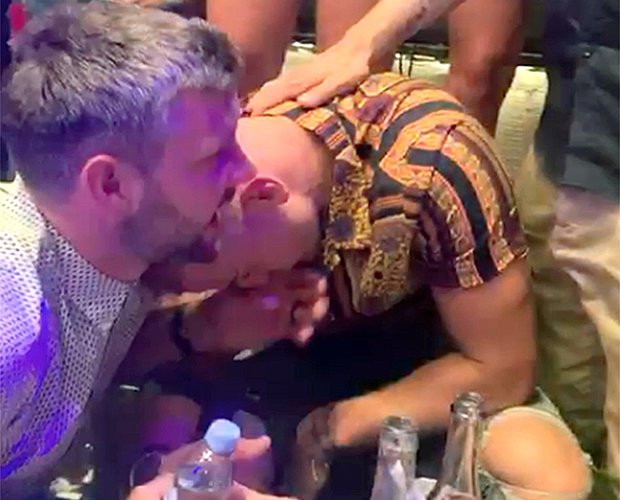 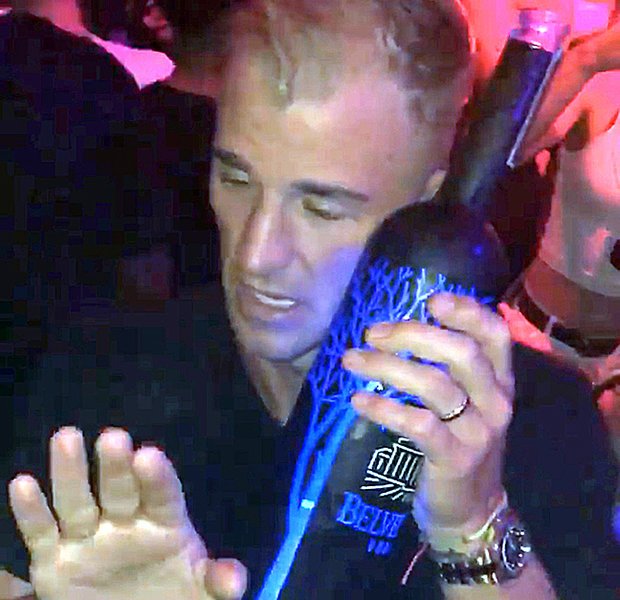 And in separate snaps, Hart was seen dancing barefoot outside a bar in a pair of white shorts and a cowboy hat.

He is understood to have rented a villa in Florida with a group of male friends for the four-day trip.

Representatives for the player declined to comment last night.