Reef and parks named as part of world heritage

Three Australian sites, including the Great Barrier Reef, have been recognised as part of the world’s natural and cultural heritage, and declared worthy of international protection. 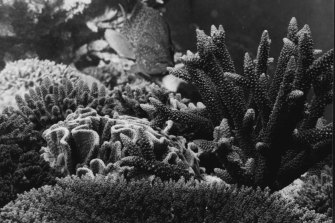 Coral on the Great Barrier Reef in 1981.Credit:Queensland Tourist Bureau

These areas will join 85 others, including the pyramids of Egypt and Mount Everest, which the committee has named as worthy of international conservation. 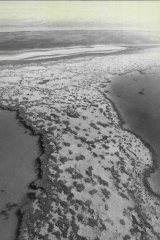 The heritage committee was formed under the UNESCO convention to conserve and protect the world’s natural and cultural heritage. During its fifth annual meeting in Sydney this week, representatives from 21 countries will consider 40 sites nominated for inclusion on the world heritage list.

The committee put pressure on the Australian and Queensland Governments to end long-standing disputes about the boundaries of the Great Barrier Reef Marine Park, and decided that the Australian Government should declare the whole reef area a marine park as soon as possible.

Mr Fraser assured the committee that the Capricornia Marine Park would be extended, and that the whole reef was already fully protected under an Act of Parliament. “The Great Barrier Reef Marine Park will be progressively extended. The question is not whether, but when,” he said.

“The Commonwealth Government is actively seeking a co-operative approach with the Queensland Government on extending the Great Barrier Reef National Park.”

Professor Ralph Slatyer, an Australian biologist and former ambassador to UNESCO, headed the Australian delegation. He said the inclusion of the three sites on the world heritage list would be significant for their future. He said the Willandra Lakes region, incorporating the Mungo National Park, had been a focus for the work of modern archaeologists. The park contains fossils showing evidence of 40,000 years of Aboriginal habitation.

The Queensland Premier, Mr Bjelke-Petersen, said yesterday the world heritage list was “just another piece of paper” which would make absolutely no difference to his Government’s plans for the reef.

He said the final shape of the marine park would be negotiated between his Government and the Federal Government.

Dr Robert Endears, a reader in zoology, said the coral-eating starfish were in plague proportions on the reef. The infestation had been triggered by the regeneration of coral forms, which were severely damaged in the first recorded crown of thorns outbreak 15 years ago.