FURIOUS locals hit out after a real ale festival was held in a graveyard — with headstones used as seats and tables.

They blasted the “despicable behaviour” with one saying: “They would be the first to shout if it was kids doing this.” 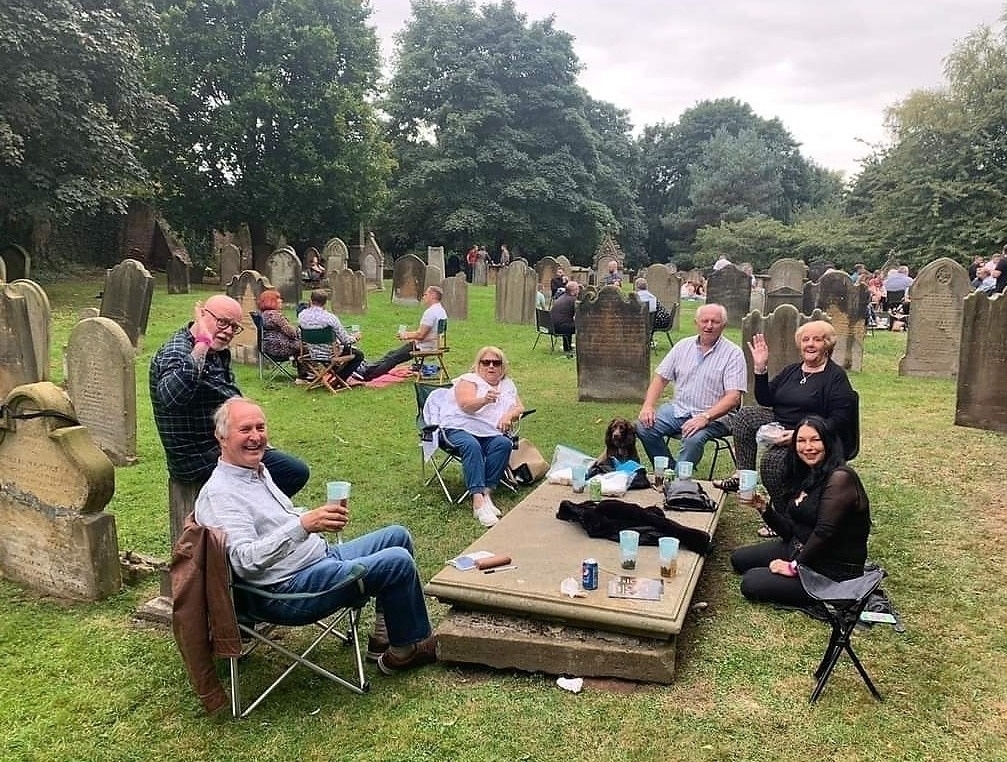 After pics were posted on Facebook, Laura-Ann Imeson said: “Aren’t we meant to set an example to younger generations?”

Danika Stirling added: “Doesn’t matter how old the graves are, there’s still a body underneath.

Rev Martin Anderson blamed a “small group” and said most attendees were respectful at St Mary the Virgin church in Norton, Teesside.

Organiser David Dodd added: “At no point were chairs put around gravestones by staff and it was certainly not recommended for people to sit on them.

"There will be more chairs and signage at future events.”