SEOUL (Reuters) – Friends, family and colleagues attended the small funeral Monday for the longtime mayor of Seoul, one of the country’s most prominent elected officials, who leaves a complex legacy amid a criminal investigation into allegations of sexual harassment. 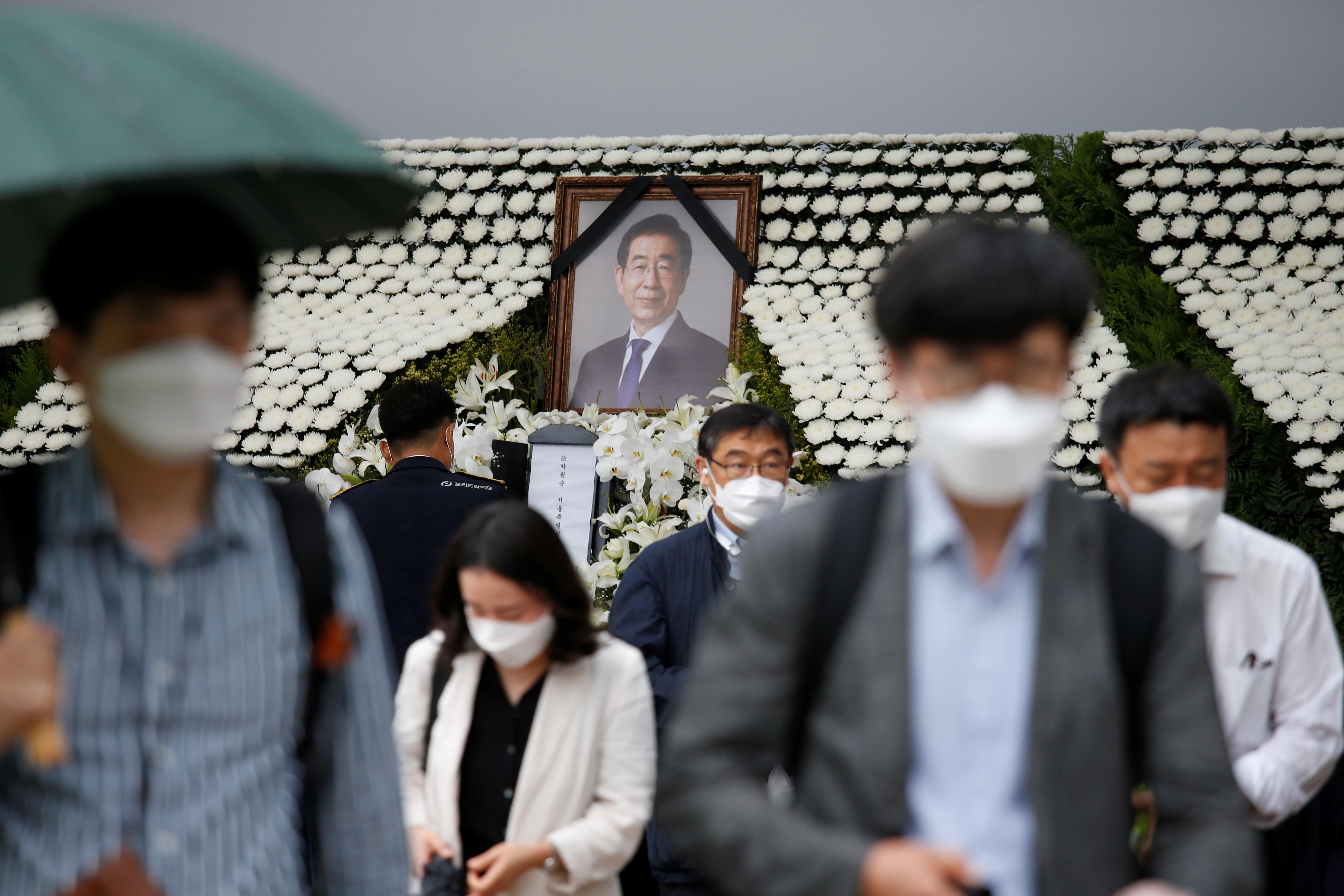 Mayor Park Won-soon was found dead on Friday; he left a note thanking and apologising to “everyone”. Police did not give a cause of death but said there was no sign of foul play.

His death came days after one of Park’s former secretaries filed a complaint alleging the 64-year-old had sexually harassed her, prompting a police investigation. A representative of his family issued a statement vowing legal action against those who spread “groundless statements,” without elaborating.

The funeral, hosted by the city government at the city hall and live broadcast online, was limited to around 100 people because of coronavirus concerns.

Hundreds of citizens gathered despite heavy rain near city hall and a park where Park’s body will be cremated, some weeping.

In front of city hall, one man sought to bring attention to the harassment allegations, drawing boos and complaints from supporters, local media footage showed.

Park’s remains will be buried in the southeastern county of Changnyeong, where he was born, city officials said.

As the longest-serving mayor of Seoul, a city of almost 10 million people, since 2011, Park was instrumental in its response to the coronavirus.

An outspoken advocate of women’s rights and gender equality, former activist and lawyer, he was seen as a potential presidential hopeful for the liberals in a 2022 election.

A petition filed with the presidential Blue House, urging the funeral to be cancelled over the sexual abuse allegations, gathered more than 560,000 signatures. But a court on Sunday rejected an activist group’s attempt to stop it.

END_OF_DOCUMENT_TOKEN_TO_BE_REPLACED

END_OF_DOCUMENT_TOKEN_TO_BE_REPLACED
Recent Posts
We and our partners use cookies on this site to improve our service, perform analytics, personalize advertising, measure advertising performance, and remember website preferences.Ok