A DRIVER taunted Trump fans and flipped them the bird before unexpectedly crashing into a car in front of her.

The confrontation was captured in a 37-second video and shared to Twitter on Tuesday. 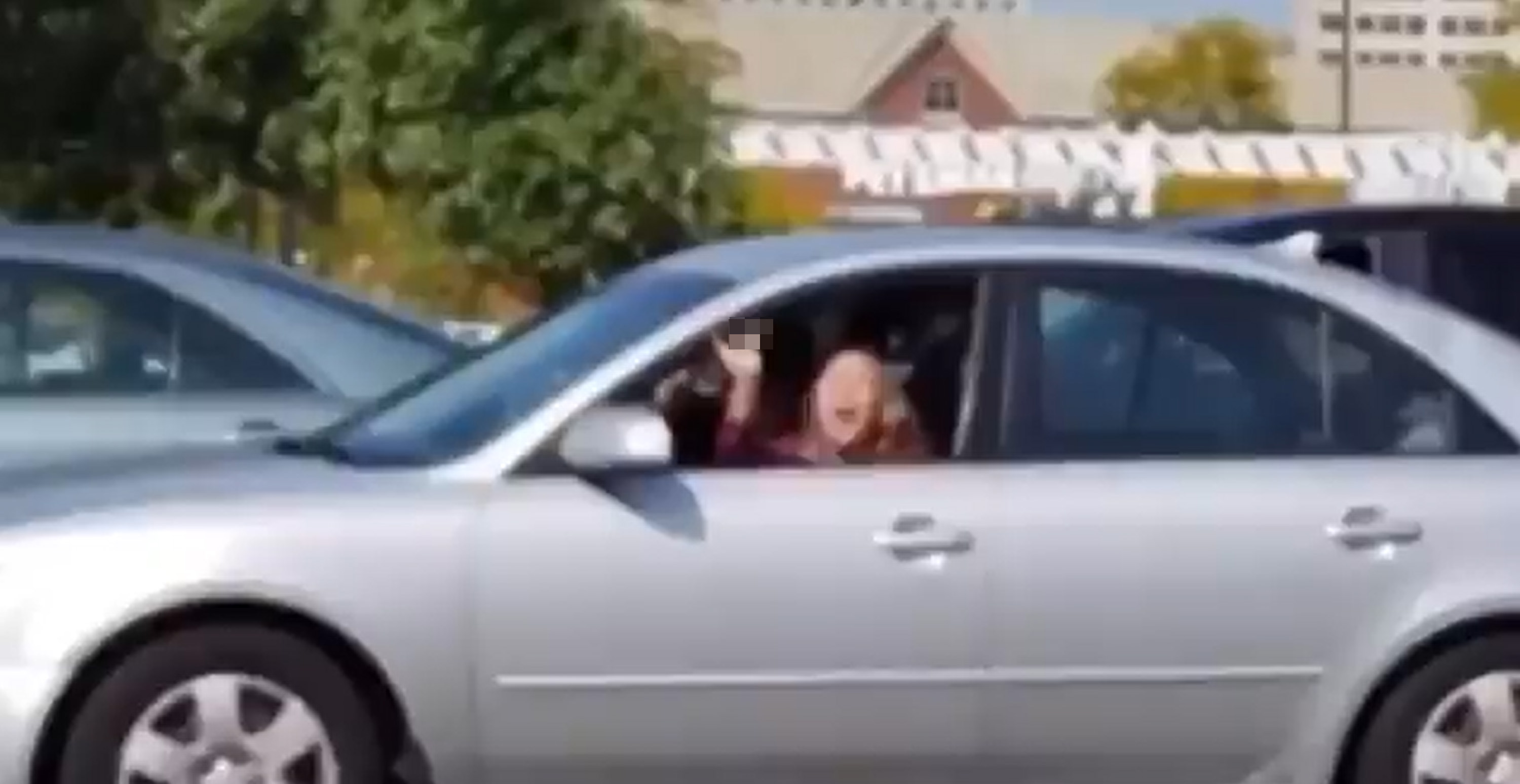 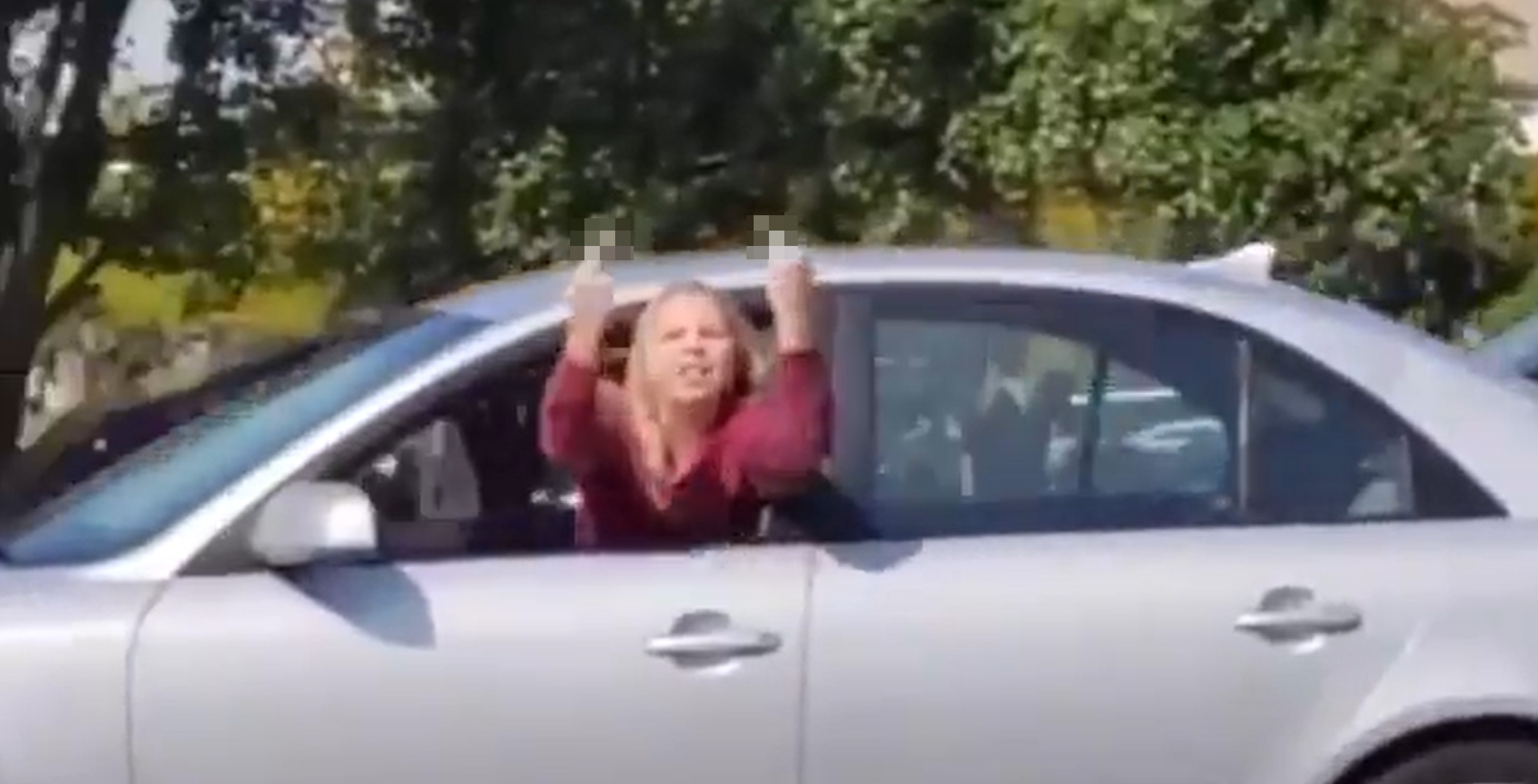 "Biden supporter gets triggered over TRUMP street corner rally and causes a fender bender in front of the POLICE."

A furious woman is seen yelling and holding up a middle-finger gesture with one hand out her driver's side window.

The assumed leftist appeared to become more enraged as the demonstrators continued cheering.

She then proceeded to lift both her middle-fingers into the air – while leaning out the window of her car.

Moments later, she appeared to realized the car was picking up speed and quickly tried to hit the breaks. 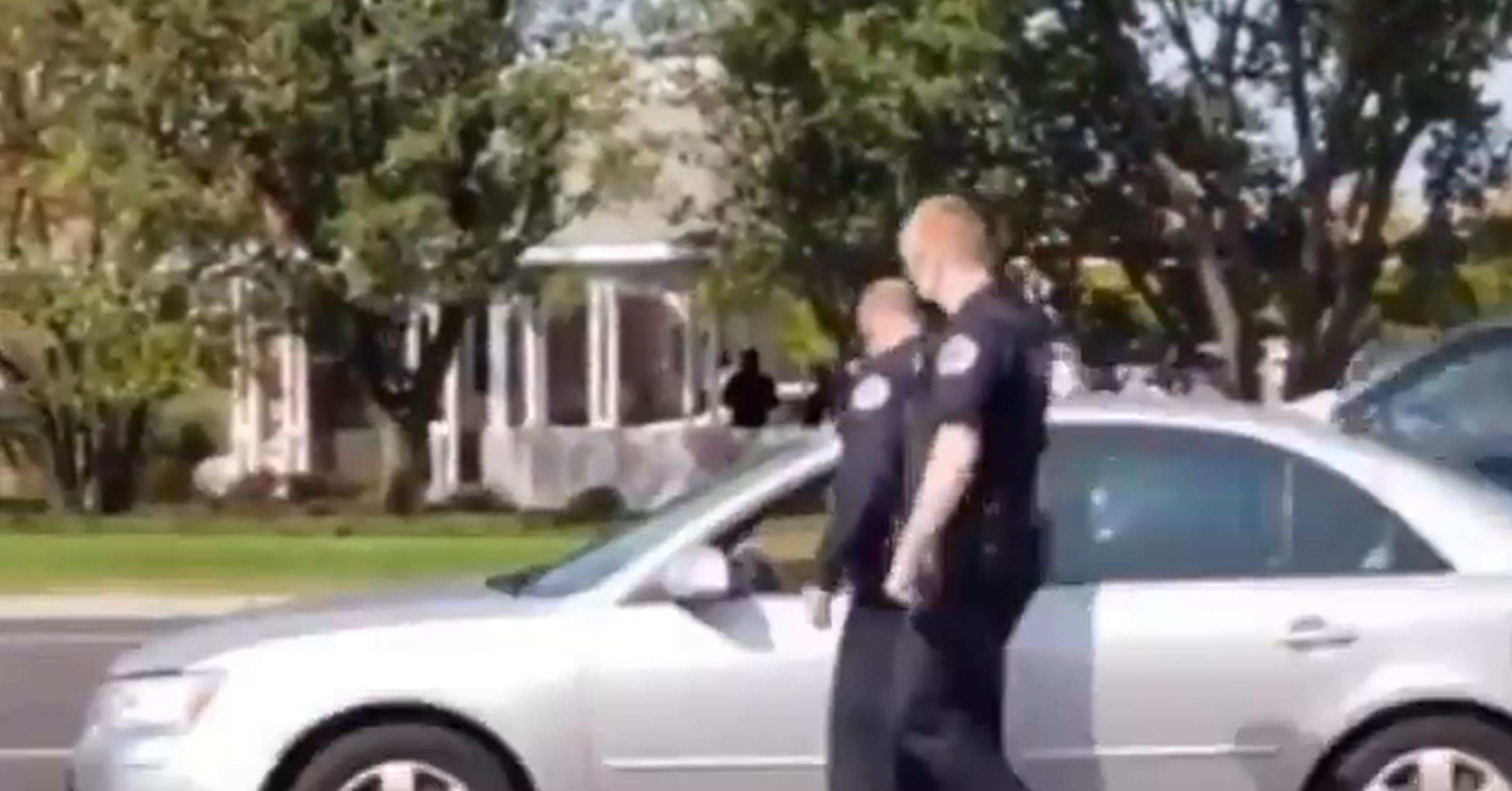 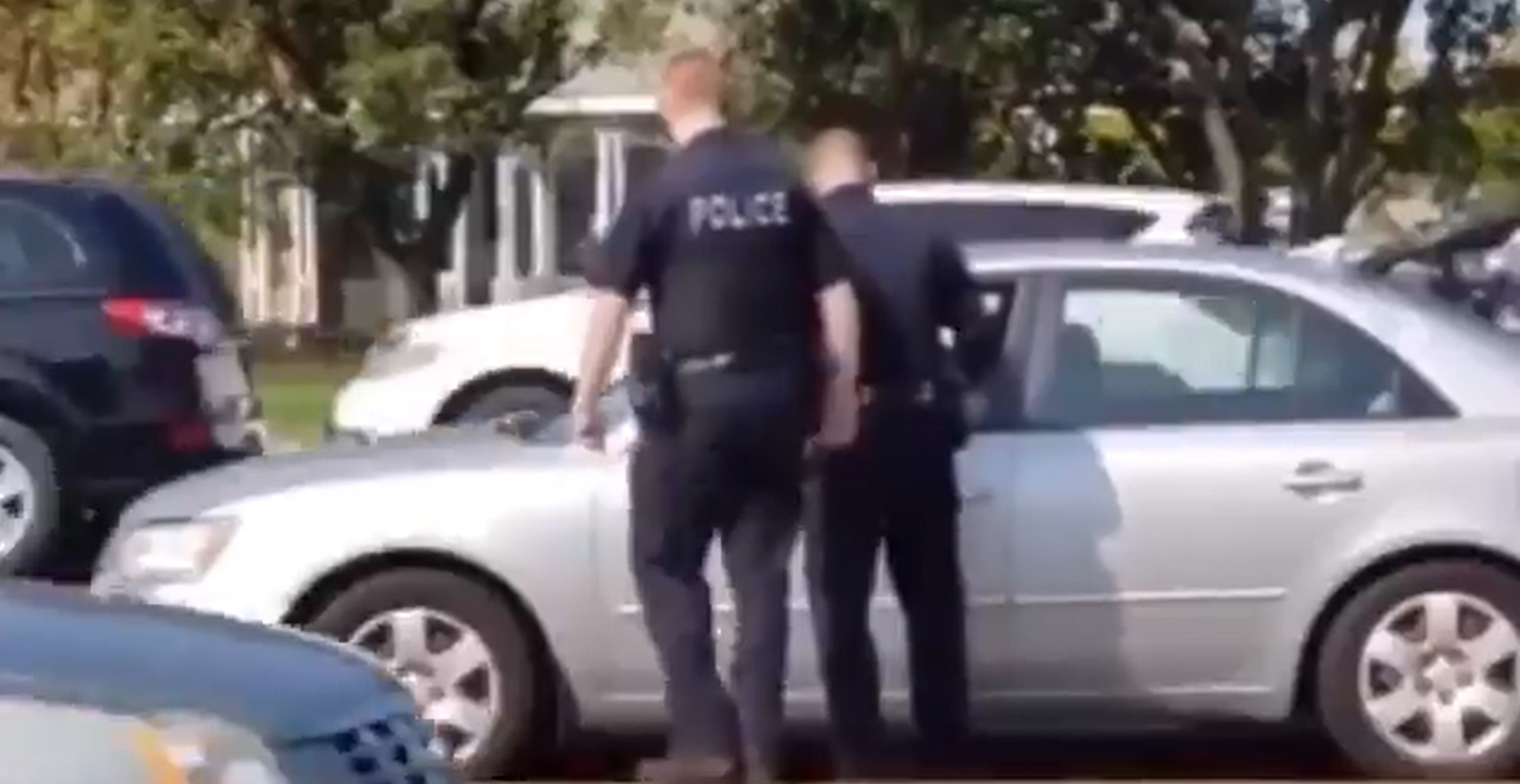 However, her reaction was delayed and she struck the larger vehicle in front of her.

The cheering the rally can be heard growing louder following the fender bender.

After the crash, the seemingly embarrassed woman didn't look back at the people she was mocking.

Police sirens were then heard seconds before two police officers walked over to the irate woman.

The footage has since received more than 1.8million views. 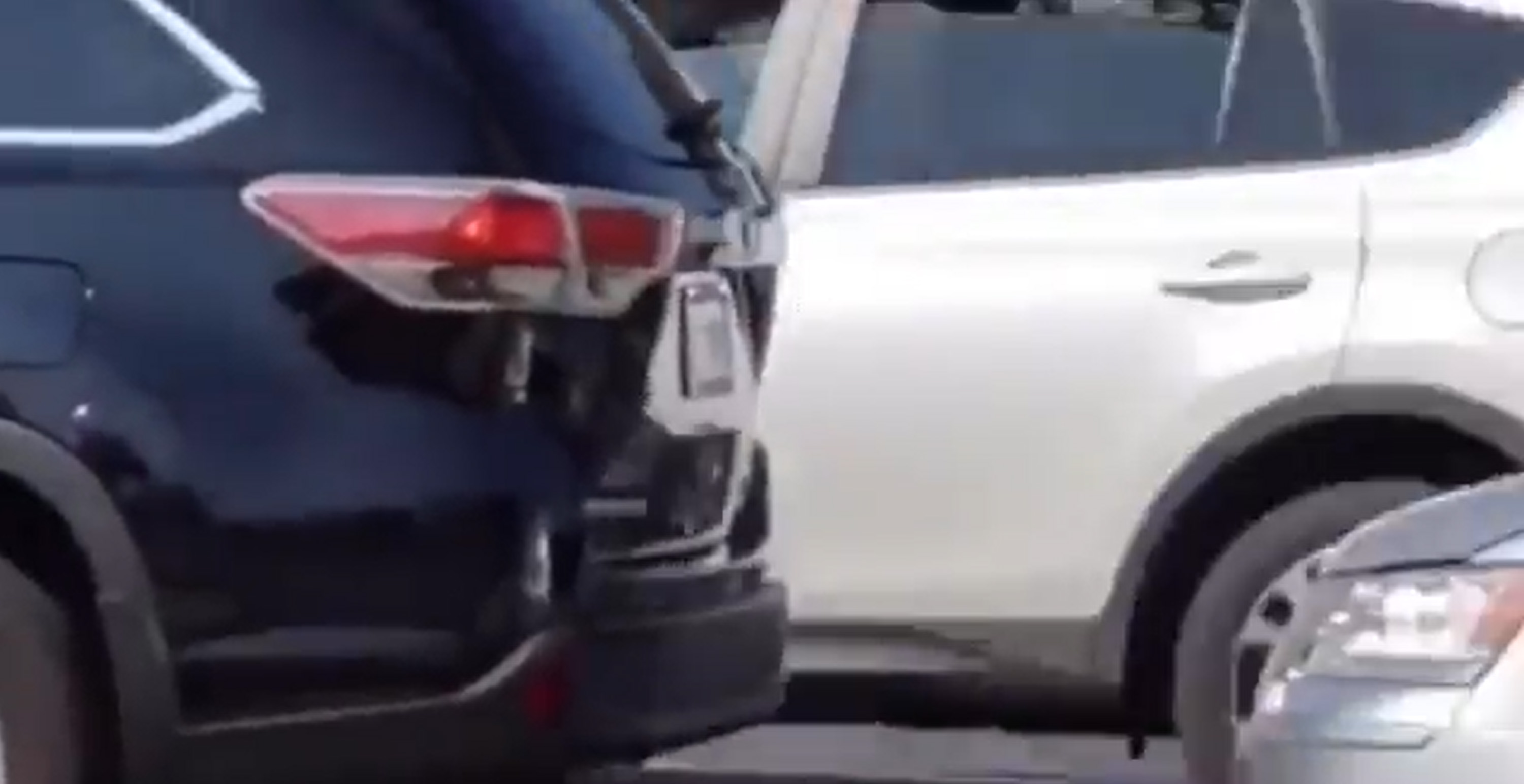 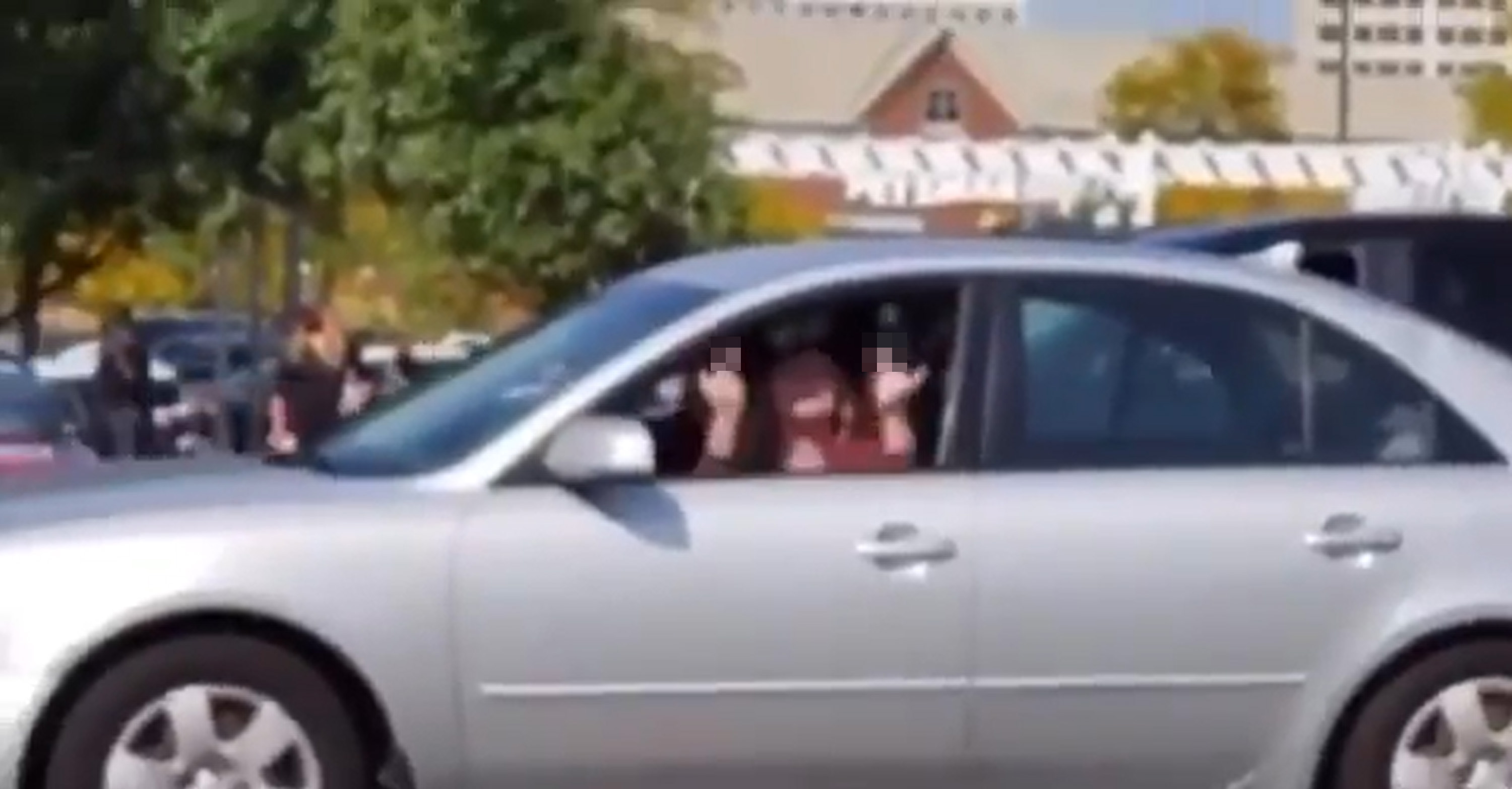 In response to the video, many social media users replied to the tweet.

One wrote: "Everyone knows to set parking brake before flipping double-birds."

Another wrote: "That was the best thing ever. When someone is that angry, flipping you off: you laugh and laugh.

"It makes them more insane. Now she has to sit and hear more laughter while the cops talk to her. Wish I had been there."

The location and date of the incident is unknown, but the viral footage was shared to Twitter on Tuesday.

END_OF_DOCUMENT_TOKEN_TO_BE_REPLACED

END_OF_DOCUMENT_TOKEN_TO_BE_REPLACED
Recent Posts
We and our partners use cookies on this site to improve our service, perform analytics, personalize advertising, measure advertising performance, and remember website preferences.Ok