German tyre firm Continental forced thousands of slaves to march 25 miles a day to test shoes for the Nazis during WWII, the company reveals

German tyre-maker Continental has revealed that it used concentration camp prisoners as slave labour during the Second World War.

The firm said prisoners at Sachsenhausen concentration camp were forced test boots with rubber soles that it manufactured, by marching around the camp in them.

Prisoners were expected to walk up to 25 miles per day around a large gallows in the camp’s parade ground, and if they fell down or refused then they were shot.

Around 10,000 people were press-ganged into service for Continental, including testing the boots which were eventually be supplied to the Nazi army. 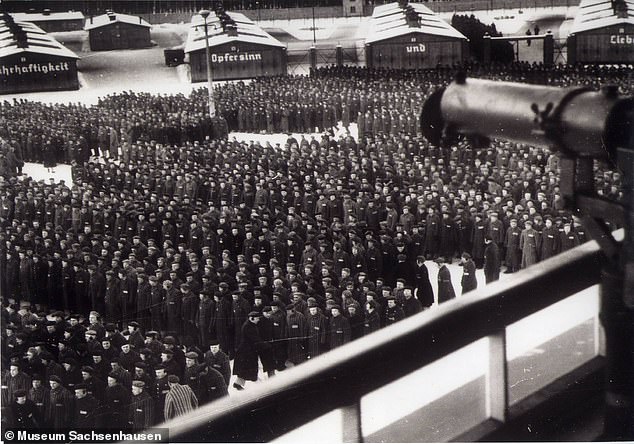 The horrifying details were revealed in a review that the company ordered into its own past, in an attempt to own up to its deeds and make amends for them.

Continental was the world’s biggest producer of rubber materials at the time, and supplied the Nazi war machine as the horrors of the Holocaust unfolded.

Historian Paul Erker, tasked by the company with researching its relationship with the Nazis, said it ended up as a ‘pillar of the National Socialist armaments and war economy’.

Continental is the latest German company to shed light on its Nazi past.

The study shows that ‘Continental was an important part of Hitler’s war machine,’ the company’s chief executive Elmar Degenhart said.

One of Continental’s major products in the 1930s and 40s was shoe soles, making it a vital supplier to the army. 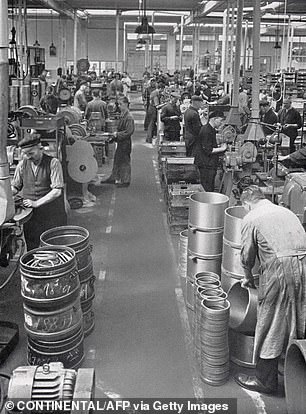 Continental exposed the details in a review that it commissioned in order to own up to its past (pictured, a company factory in 1935)

It tested them at Sachsenhausen near Berlin where prisoners were forced to march 19 to 25 miles a day around the central courtyard.

Any who weakened and fell to the ground were executed by the SS guards, Erker said.

Continental even ordered forced test marches on snow and ice, with some of the prisoners trudging up to 1,400 miles as a result, according to the study.

Company management was actively involved, it said, but at a press conference on Thursday Erker, who specialises in corporate history during the Third Reich, said very few of them were arrested in the aftermath of the war.

CEO Degenhart said: ‘We commissioned the study in order to gain even more clarity than before about this darkest chapter in our company history.’

The company presented the report as a stark lesson, commenting that the corporate culture of Continental, founded in 1871 in Hanover, was gradually ‘deformed’ as it developed from a consumer and leisure focused company into an armaments business.

‘This shows that corporate cultures can quickly crumble under the pressure of political regimes and opposing social influences,’ said Ariane Reinhart, a Continental human resources executive.

Continental said it would integrate learning from its history into its training programme. 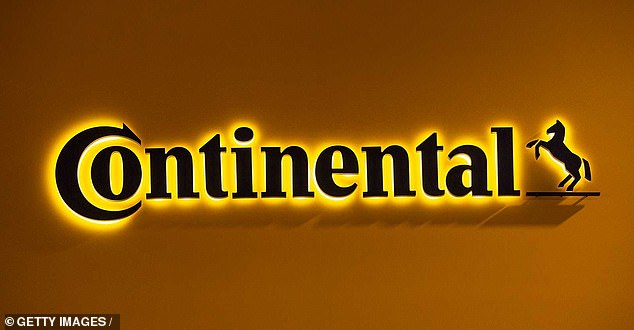 The review also found that Continental was a ‘pillar of the Nazi armaments and war economy’, supplying Hitler’s forces during the war

‘For us, the unsparing examination of our past is the starting point for stimulating a debate on the overall social responsibility of companies and for seriously considering it internally as part of our corporate strategy,’ Degenhart added.

Germany’s struggle to come to terms with the past, known as ‘Vergangenheitsbewaeltigung’, is evident across society.

For example, car giant Volkswagen, founded in 1937 as a state-owned company under Nazi control, won plaudits for hiring an in-house historian to confront its relationship to historic atrocities and more recently, owning up to its collaboration with Brazil’s dictatorship.

Other companies that participated in or profited from the Nazi system include heavyweight multinationals such as BMW, Deutsche Bank, Siemens, Mercedes-Benz, ThyssenKrupp and IG Farben, the manufacturer of the Zyklon B gas used to kill so many in the extermination camps, which was later broken up into chemical firms Bayer and BASF.

A foundation was set up in 2000 to pay compensation to former Nazi forced labourers or their families, in which the German government and industry contributed in equal measure to a more than five billion euro fund.

END_OF_DOCUMENT_TOKEN_TO_BE_REPLACED

END_OF_DOCUMENT_TOKEN_TO_BE_REPLACED
Recent Posts
We and our partners use cookies on this site to improve our service, perform analytics, personalize advertising, measure advertising performance, and remember website preferences.Ok