Home » World News » Grandma, 84, her son and her dog are rescued from a house fire

Grandma, 84, her son and her dog are rescued from a house fire

Grandma, 84, her son and her dog are rescued from a house fire by a complete stranger just moments before the windows explode

A grandma, her son and her dog were saved from a burning house in Middlesbrough by a complete stranger just seconds before the windows exploded.

Craig Watson was dropping his friend off when he noticed smoke billowing out of a property on Pannell Avenue, in Acklam.

The 46-year-old wasted no time and dashed into the terraced house rescuing Philomena McMenamin, 84, her son Brendon, 55, and her Chihuahua dog Ted. 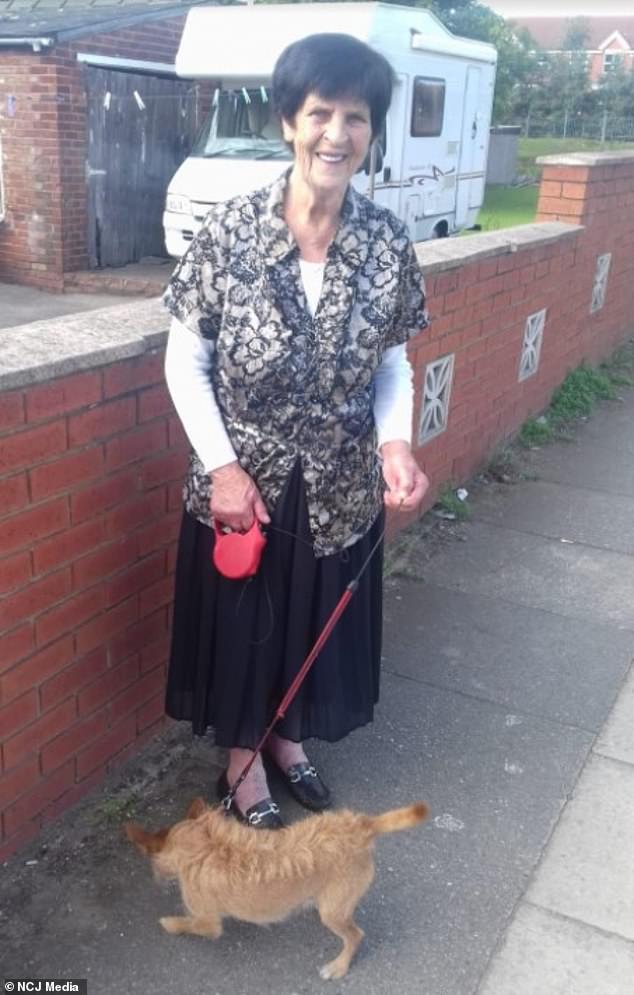 Philomena McMenamin, 84, pictured with her beloved dog Ted the Chihuahua

Craig pinned shocked Brendon to the ground to stop him running back inside, just seconds before a huge explosion blew out the back windows.

The two men were rushed to James Cook University Hospital in the town where they were treated for smoke inhalation.

Brendon, who has also suffered a number of burns in the blaze, said: ‘I’m still a bit traumatised by it all.

‘Craig saved my life – he’s a lifesaver. A lot of people were just outside and he’s the only one that came in.

‘He kept hold of me in the garden so I wouldn’t go in.

‘I was going back in, no hesitation, I wanted to get the fire out. 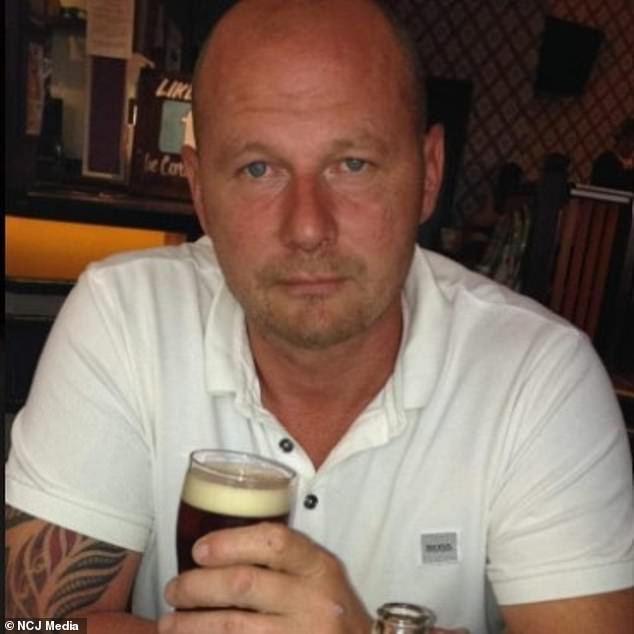 Craig Watson was dropping his friend off when he noticed smoke billowing out of a property on Pannell Avenue, in Acklam 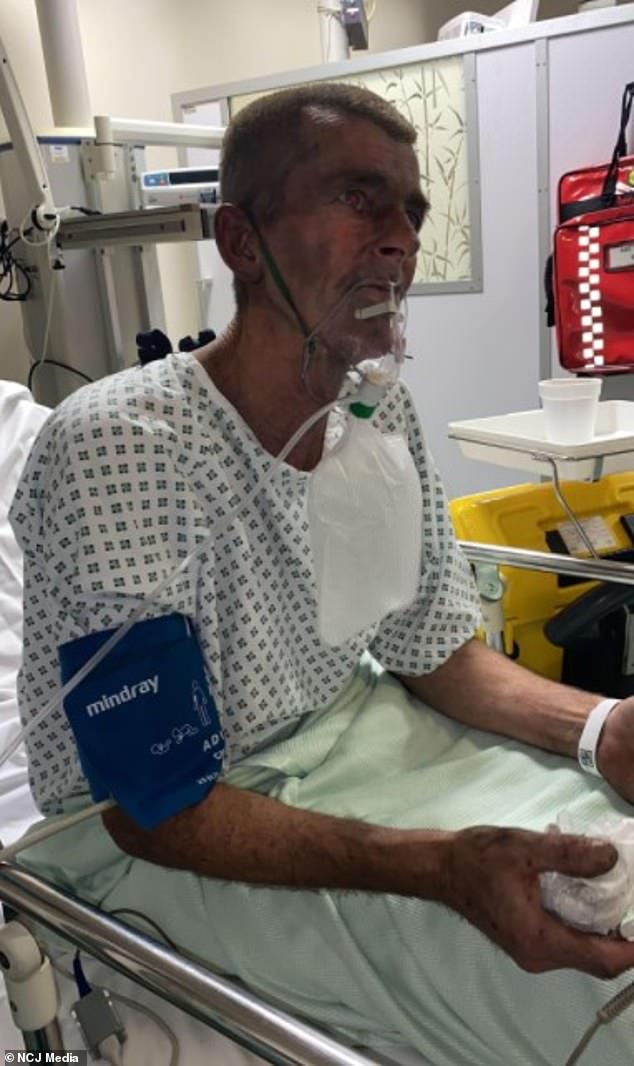 Brendon, 55, was rushed to James Cook University Hospital in the town and treated for smoke inhalation

‘That was all that was on my mind.

‘I was in that much shock and adrenaline, I didn’t know what I was doing.

‘I was very lucky, the hospital said that I’m a lucky man.’

Philomena’s youngest son and Brendon’s brother, Michael O’Leary, 50, ran out of work on Thursday after being told the house was on fire.

The 50-year-old, who works as a dock operative for PD Ports, said he arrived at the property at around 4pm.

He said: ‘I got there when the fire engines were in the process of putting it out.

‘My brother was in one ambulance and Craig was in the other ambulance.’

Michael has praised Craig for his brave actions on the day.

Craig said he was dropping his friend off at home at the time and saw a lot of people standing outside the address.

He said: ‘I just saw all the smoke coming out and somebody was trying to hit on the door and get them to come to the door.

‘An old woman came to the door and turned around and walked back in. I got her out, went back, saw her dog and got the dog out.

‘I was told there was a lad upstairs, I went upstairs and dragged him outside. He tried to go back in.

‘So I went back in and got him, pulled him out and he tried for a third time.

‘So I went back in again, this time I got him and I pinned him down and got a hold of him so he couldn’t go back in.

‘There was a great big bang, it wasn’t nice. He just wanted to try and save the house.’

Modest Craig has rejected claims that he is a hero, saying anybody would have done the same.

‘I never gave it a second thought. I just pulled up and ran in. 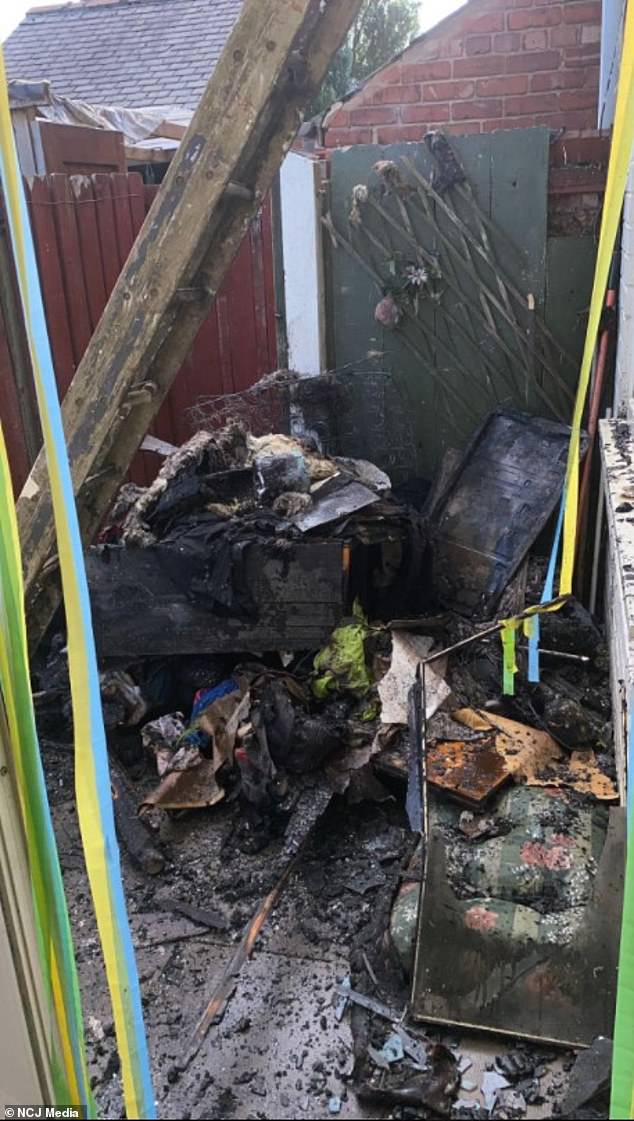 ‘To be honest it’s hit me quite hard. I never slept for the first couple of nights.’

Philomena, who has five children and 11 grandchildren, has lived in the property for the last 40 years.

Brendon, who suffers from COPD, moved in to care for his mother, who has dementia, 14 years ago.

The pair have now been left without a home due to not having any building or home insurance.

Michael, who lives in Linthorpe, said his dad Danny, who passed away in 2007 from a heart attack, would take care of her insurance.

‘The structure is ok, the back windows, the bathroom and the bedroom

need to be replaced.

‘We need the house up and running to get her, the dog and my brother back in there.’

It is currently unclear as to what may have caused the blaze, although the family suspect it could have been a cigarette or a lighter.

Philomena is currently living in Longlands Care Home on respite and Brendon is staying with a family member. 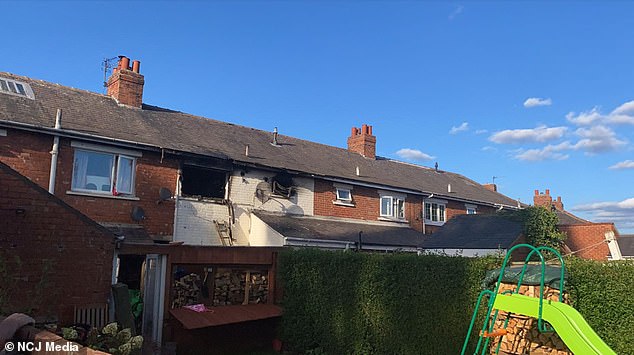 Cleveland Fire Brigade sent four fire engines to the blaze, after being called to the scene at 3.56pm on Thursday

Brendon said: ‘I love my mother, my mother’s everything.

A Go Fund Me page has been set up by a neighbour to help the family repair their home and move back into the property.

More than £1,000 has already been raised for the cause.

Cleveland Fire Brigade sent four fire engines to the blaze, after being called to the scene at 3.56pm on Thursday.

A spokesperson for the service said: ‘Four appliances attended, 2 from Middlesbrough, 1 from Coulby Newham and 1 from Saltburn.

‘Our crews used 4 BA and 2 hose reels. 2 casualties handed over to NEAS. Bedroom and bathroom destroyed by fire and further bedroom and remainder of 1 st floor damaged. We left the scene at 17:25.’

You can donate to the Go Fund Me page here.