Sydneysider Ketty He was diving at Fish Rock Cave off the coast of popular holiday spot South West Rocks last week when she experienced a dramatic up close and personal encounter with the sharks swarming above her.

She held onto a rock as she filmed the stunning creatures swimming within metres of her. 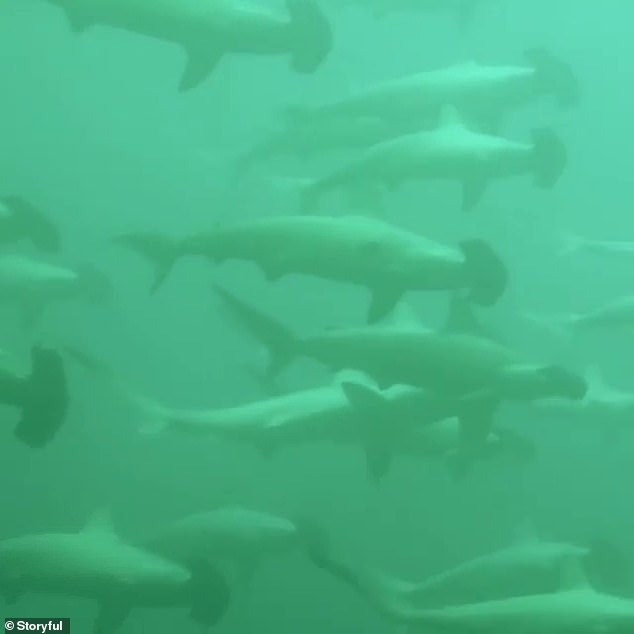 ‘Special diving day with the hammerhead sharks at Fish Rock,’ Ms He captioned the spectacular footage on Instagram.

‘My best dive of the year.’

She described her encounter with the sharks 24 metres underwater as a dramatic experience.

‘You feel like they’re watching you, once you move they come and want to attack you — that’s how you feel,’ Ms He told the ABC.

‘When they swam past, the current was really strong and at that spot, while we were waiting for the sharks, the water was changing from a cold water to warm water.

‘It was a very dramatic kind of experience because when they arrived all the fishes came in, the little ones, so many of them, everything is coming towards you.’ 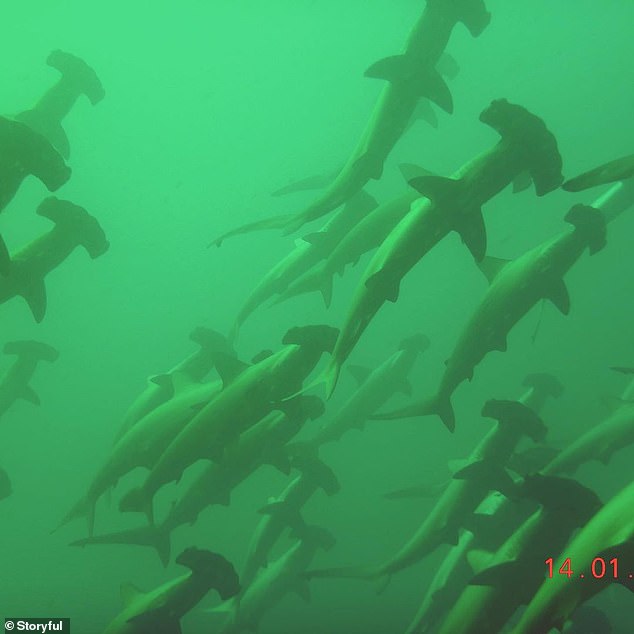 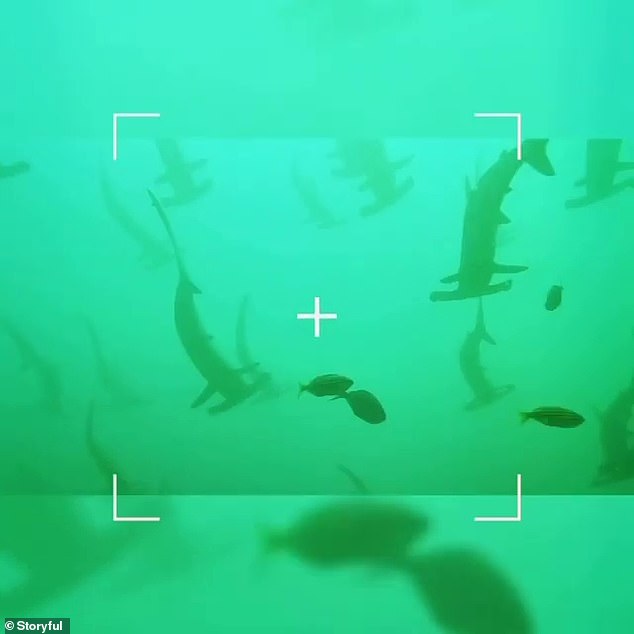 Last week’s scuba dive was one Ketty Hu won’t forget. Pictured is part of the spectacular footage she captured underwater

Hammerhead sharks congregate in big groups at this time of year at offshore reefs such as Fish Rock, a popular diving spot 100km south of Coffs Harbour.

Fish Rock is a 125 metre long dive-through cave regarded as one of the world’s best cave diving sites.

The cave is also a breeding ground for rare grey nurse sharks.

Adult hammerheads can grow up to six metres in size but are regarded as harmless to humans.

There have only been 17 documented, unprovoked attacks by hammerhead sharks worldwide with zero human deaths recorded.

Adult hammerheads can grow between four to six metres in size

Most hammerheads are fairly small and are considered harmless to humans