HARROWING new pictures show Ukrainian troops knee-deep in muddy trenches and fields of blasted trees in images reminiscent of the horrors of WWI. 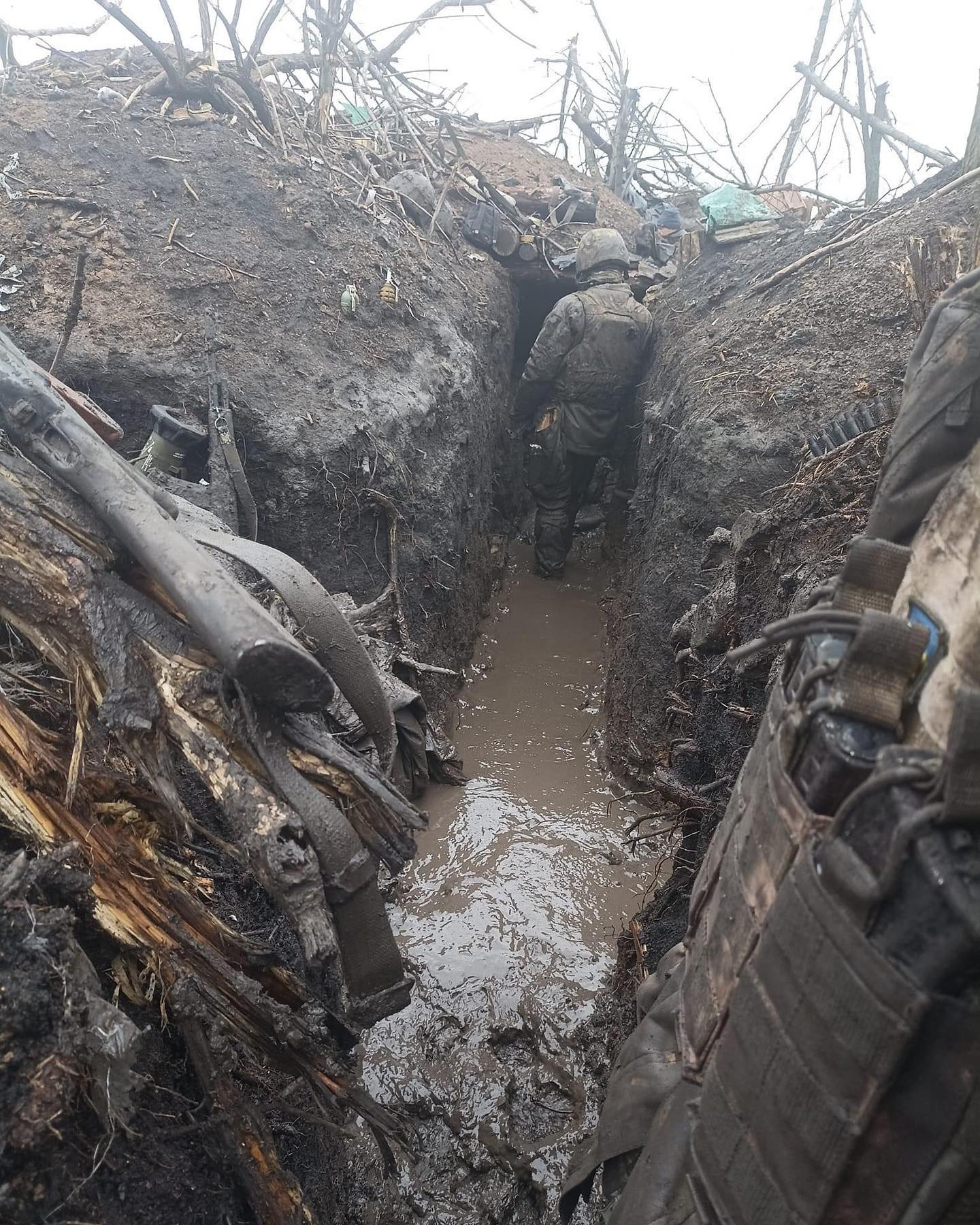 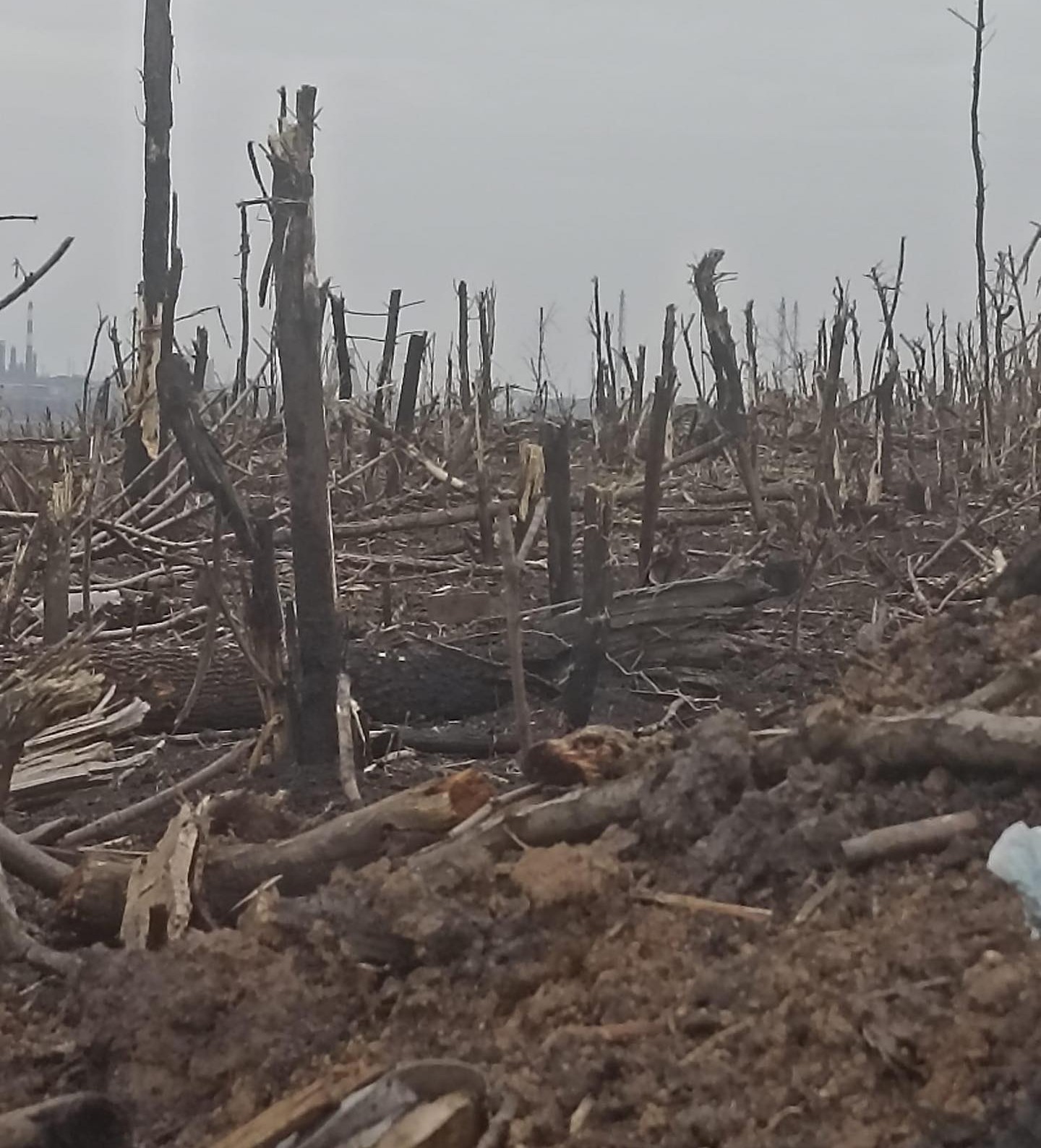 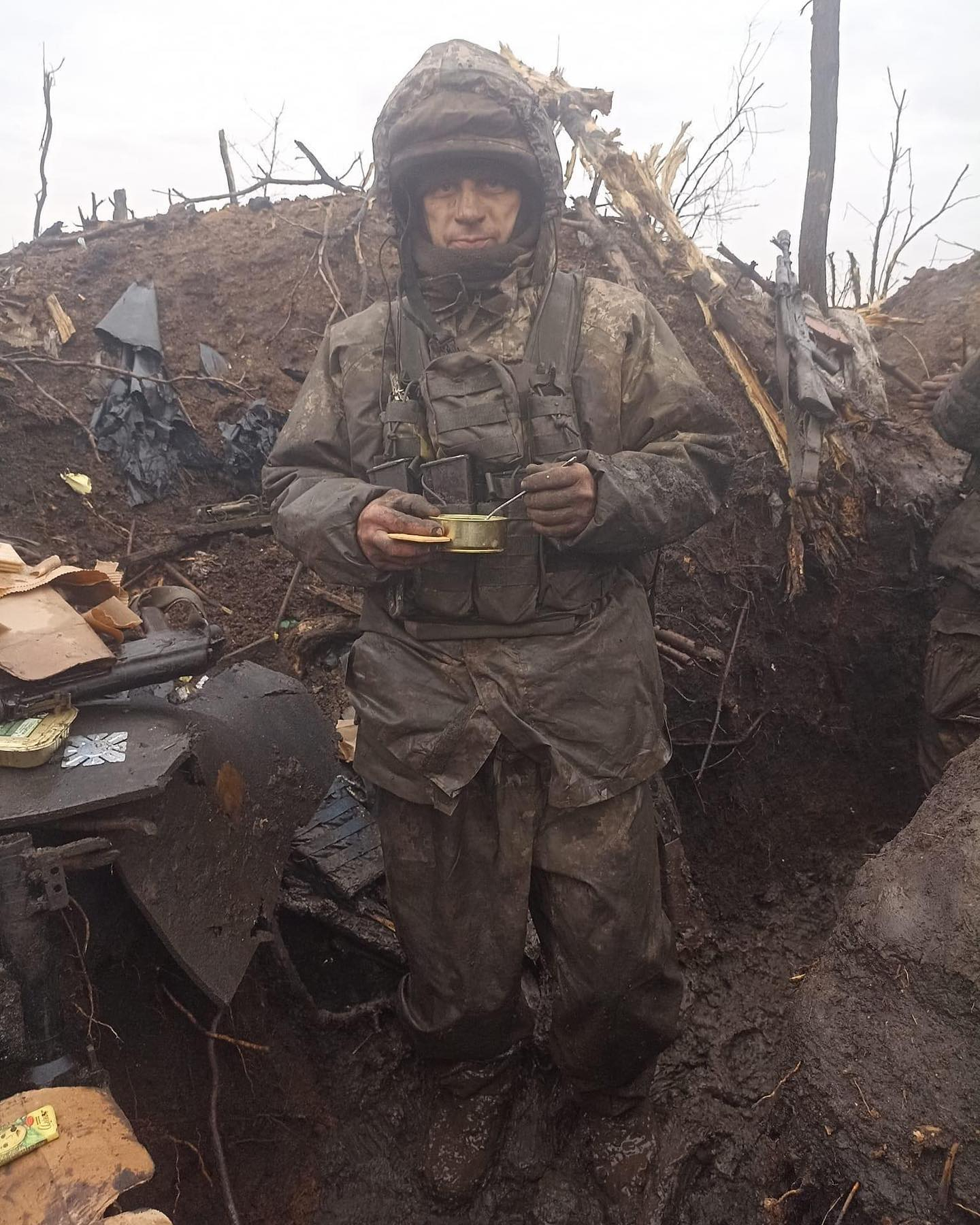 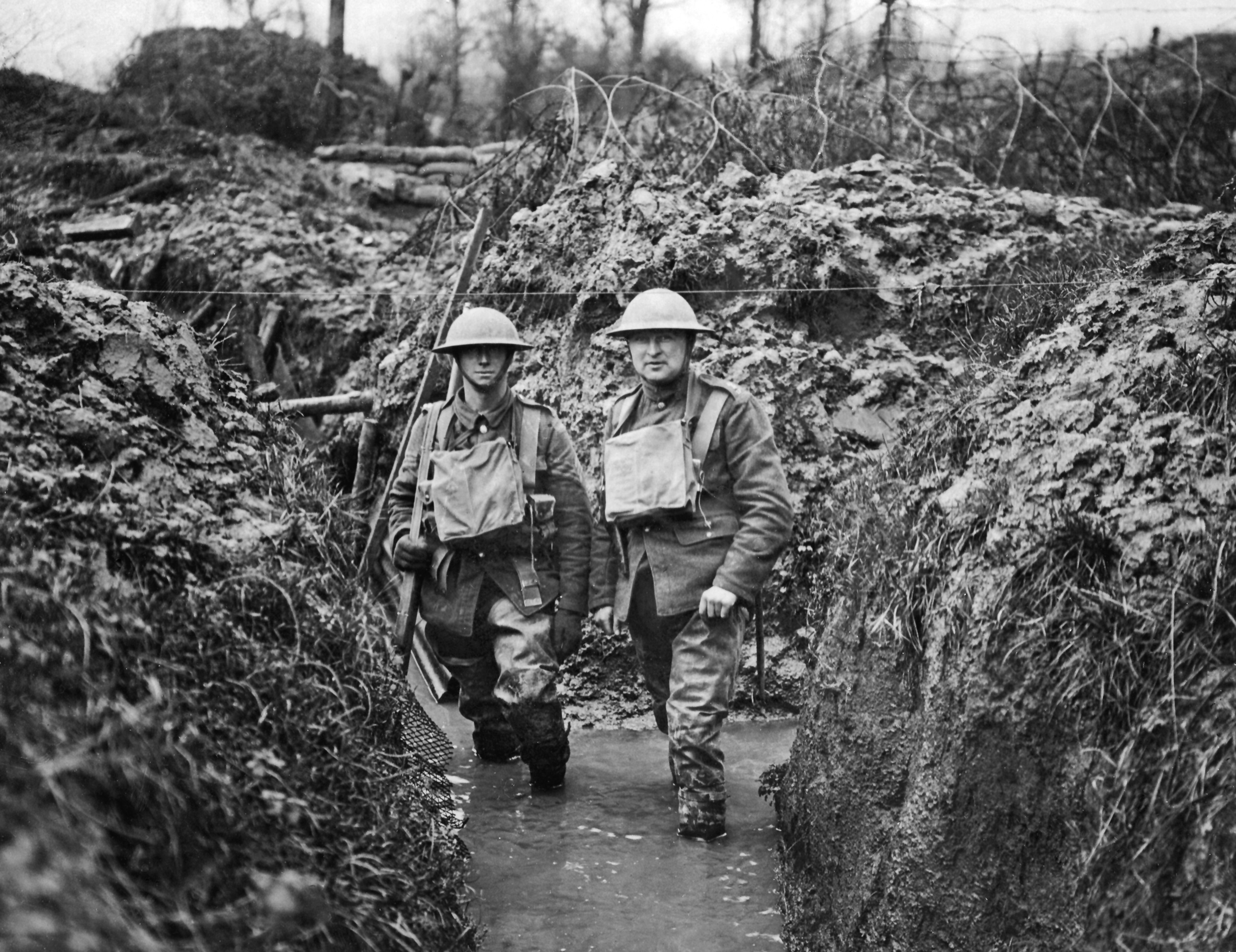 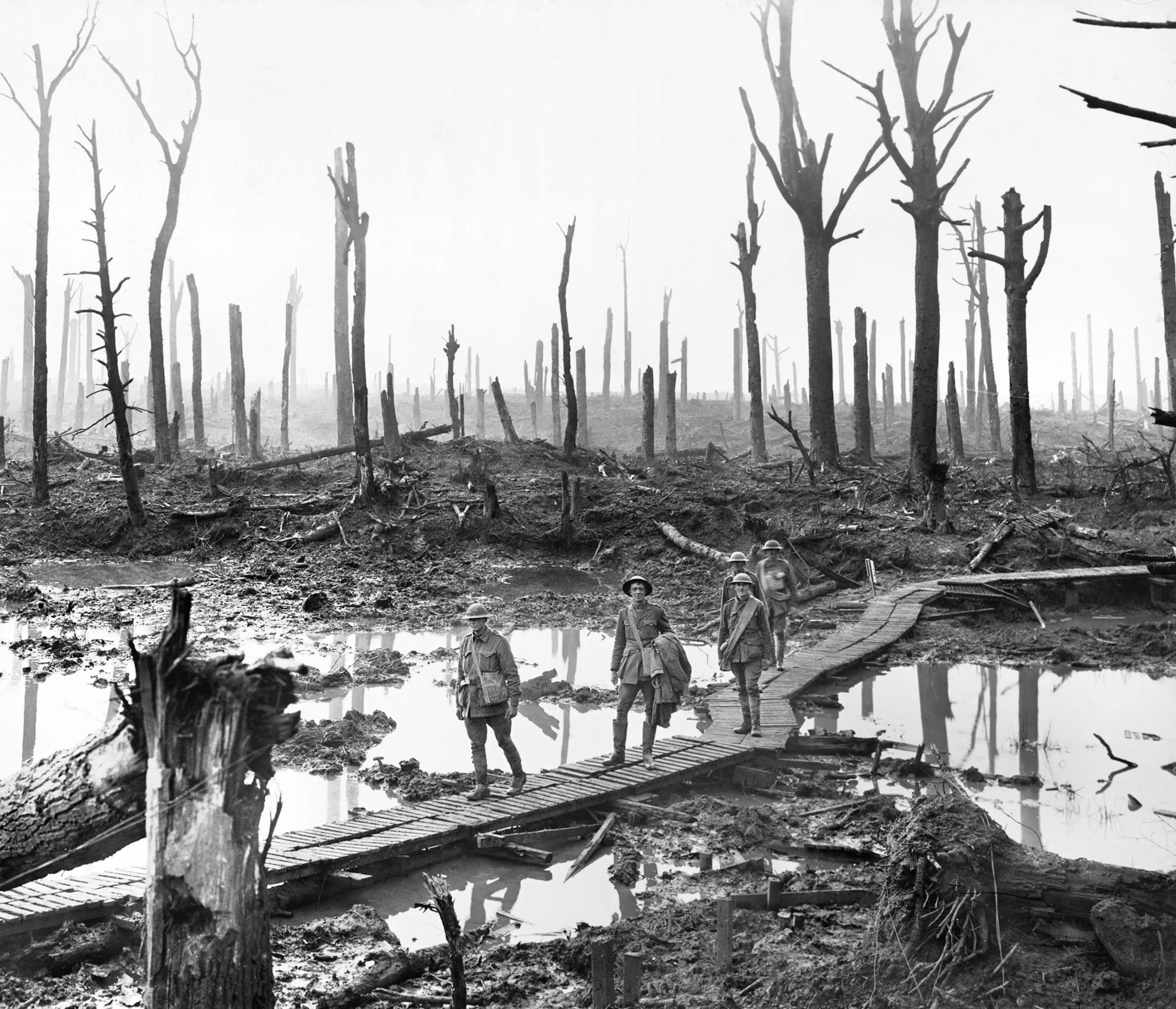 Once-thriving Bakhmut – whose pre-war population of 72,000 has now shrunk by 90 per cent – has been turned into a quagmire reminiscent of the battles of Passchendaele and The Somme during World War I.

These battles saw the trenches of allied soldiers flooded by rain and blood and the towns around them turned into a mud graveyards.

But it also instilled in the men a sense of fortitude and comradery that are now being repeated in Ukrainian trenches. 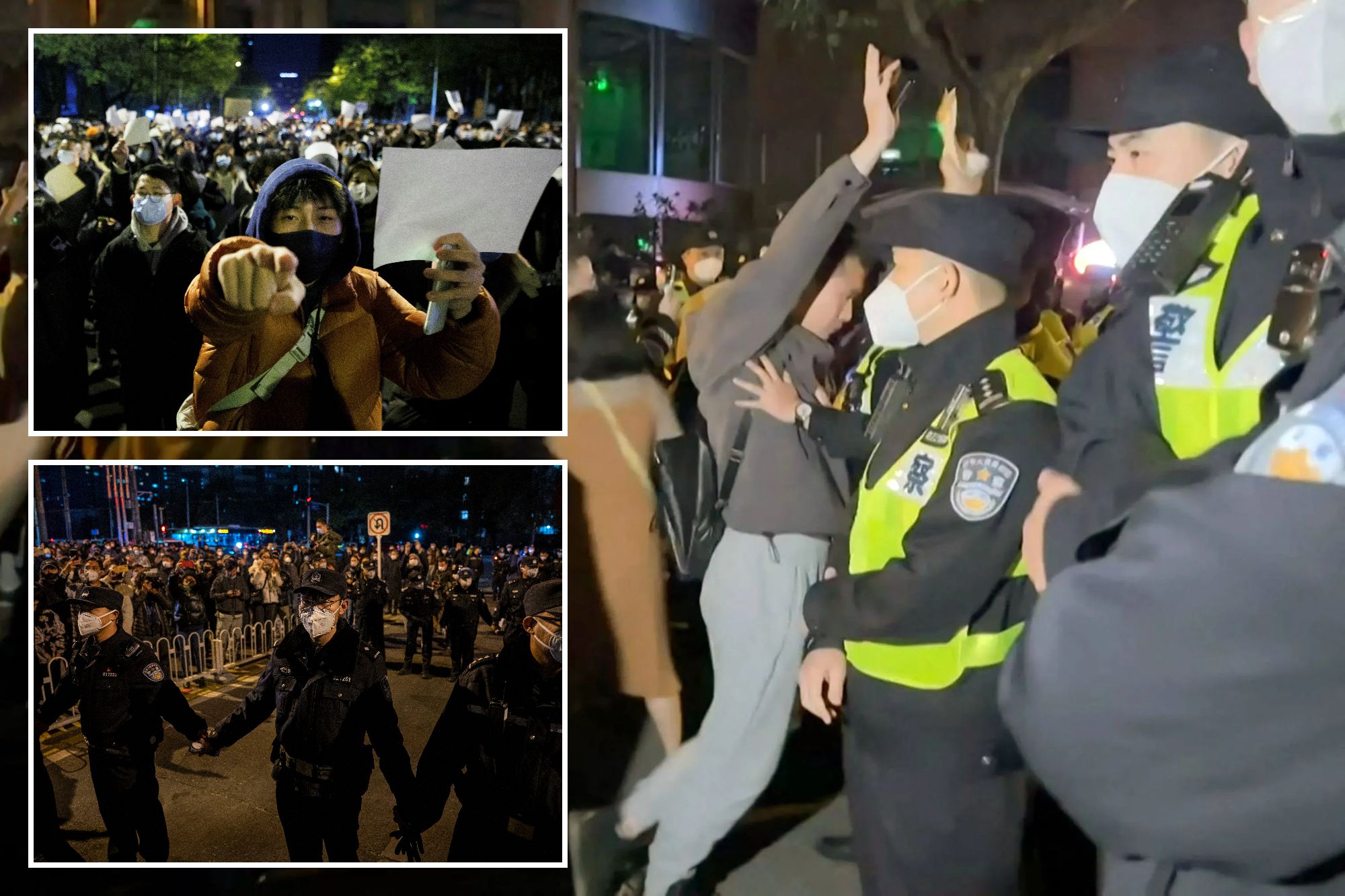 Xi will be ousted in coup as he faces ‘Covid revolution’, warns ex-diplomat 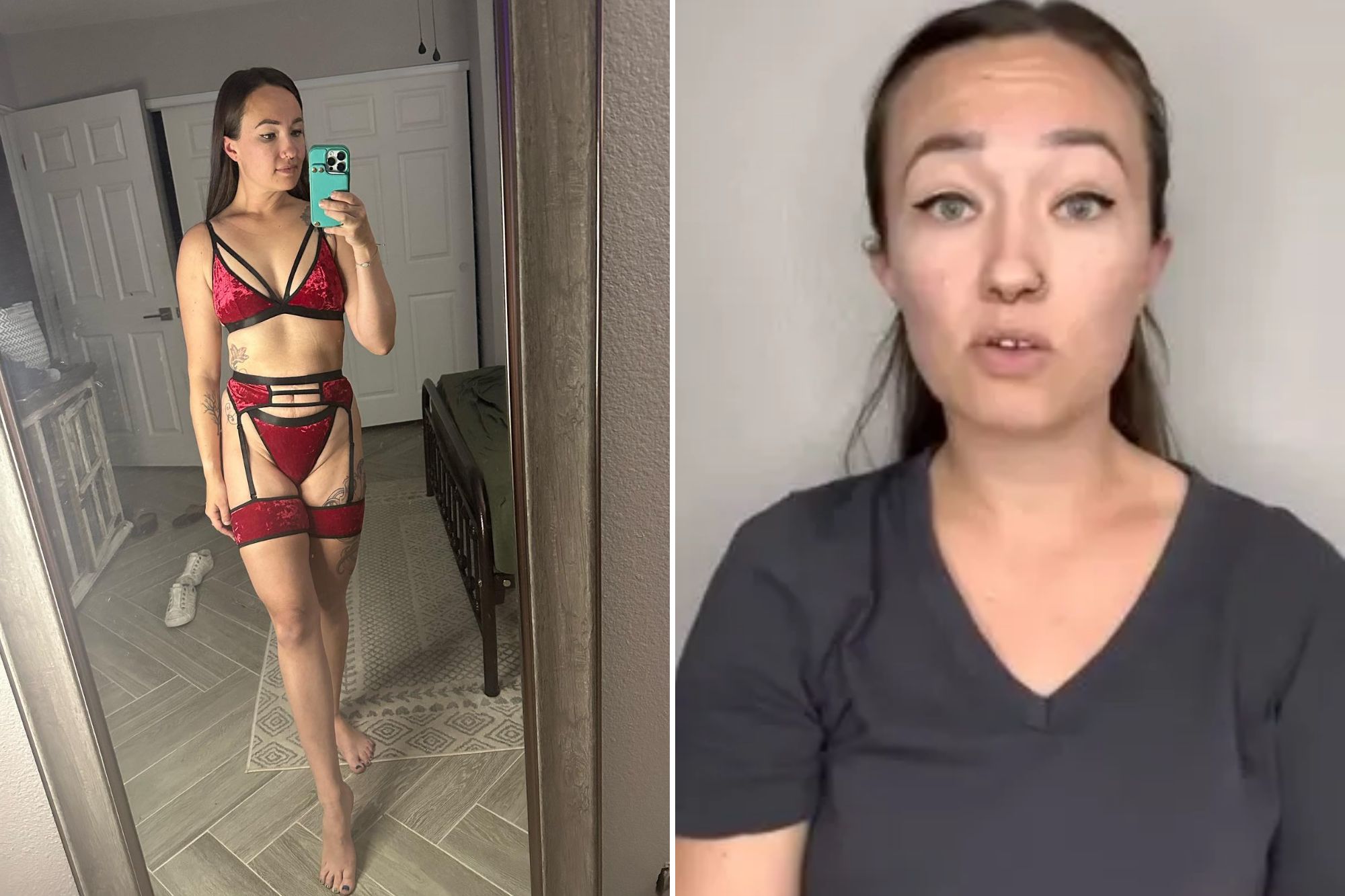 Grim images from inside Ukrainian fortifications show similar conditions of troops having to wade through rivers of mud as they wait for the next artillery barrage.

In no-man's land, miles of once pristine bushland has been turned into muddy sahara laden with shattered trees and hundreds of massive craters.

Artillery strikes and aerial bombardments have churned the once-fertile soil into an impassable bog muddy enough to swallow up an entire tank.

Nothing but shattered trees and bombed-out soil stretches as far as the eye can see. 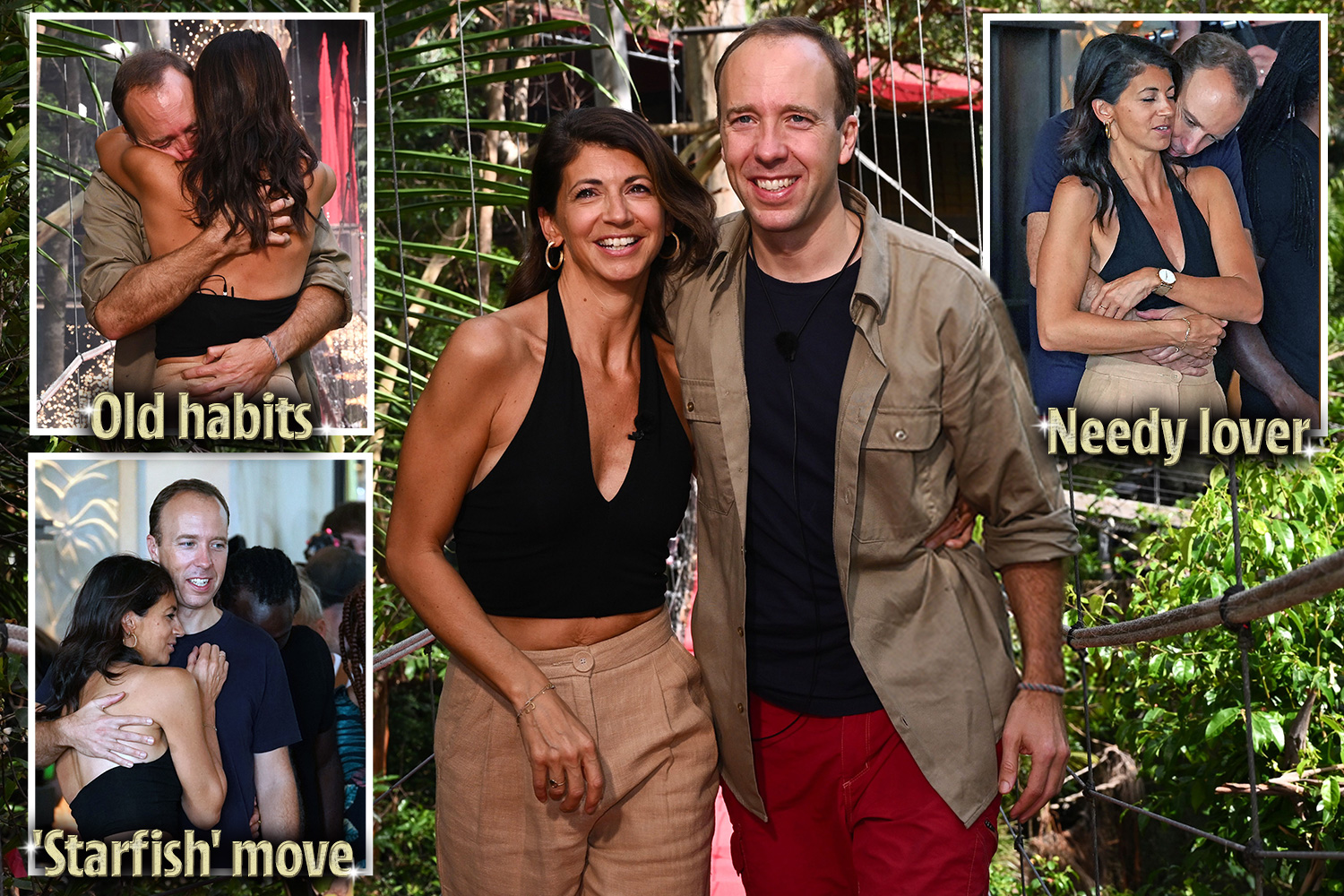 Bakhmut has been the centre of intense fighting in recent weeks as Russia tries to halt and overturn Ukraine's successful counteroffensives in the region.

Ukrainian military sources believe on some days, hundreds of soldiers have been killed trying to root out enemy positions.

Ukrainian soldiers face constant artillery and drones attacks as they dig trenches. There have even been claims of Russia using phosphorus incendiary munitions and thermobaric vacuum bombs, according to the Telegraph.

Serhii Cherevatyl, a spokesman for the Ukraine military’s eastern front, said Russian commanders have been heard referring to their soldiers as "single use" and were being sent into a "conveyer belt of death".

"They are sending them like meat to find out where our firing positions are," he told The Telegraph.

"When the first wave is dead and the Ukrainian forces have used up their ammunition, then they attack again."

He claims that Russia losses between 100 and 300 men each day in the area.

Ukrainian troops are also said to be suffering significant casualties.

With Russia's elite troops mowed down during earlier fighting in Kyiv, the push for Bakhmut has largely fallen on mercenaries from the feared Wagner Group and poorly trained conscripts.

Julius Terekhov, spokesman for the Ukrainian Army's 58th Independent Motorized Infantry Brigade in Bakhmut, said: "It's really like the First World War. Because of the intense shelling, the trees have been cut down."

The fighting has become so intense that trenches have changed hands several times in the course of a week, he said and some areas are filled with rotting Russian corpses.

Analysts believe Putin is desperate for a victory following a number of battlefield losses in the autumn and is throwing everything he can at the town.

Yevgeny Prigozhin, the founder of Wagner, said he's trying to "wear down" Ukrainian forces in the area.

Despite winter around the corner, Ukrainian forces still reported 190 shell strikes this weekend and as many as 50 firefights on a single day.

But winter is said to favour Ukraine, whose troops are better equipped than Russia's.

"People tend to have warm clothing and defensive lines often have areas that are kept clean, dry, and warm. Company commanders build these close to fighting positions.

"Russian junior leadership has been heavily attrited. The newly mobilised personnel do not have the experience or skills to operate for extended periods in the field.

"They have not been issued with winter clothing for the most part. Their fighting positions are often a mess."

The pictures, shared by defence-blog.com, showed hundreds of battle tanks, self-propelled howitzers, infantry fighting vehicles and even air defense systems that had been decimated by Ukraine.

The depot is believed to be a facility to refit and refurbish broken combat vehicles, Ukraine's military claims. 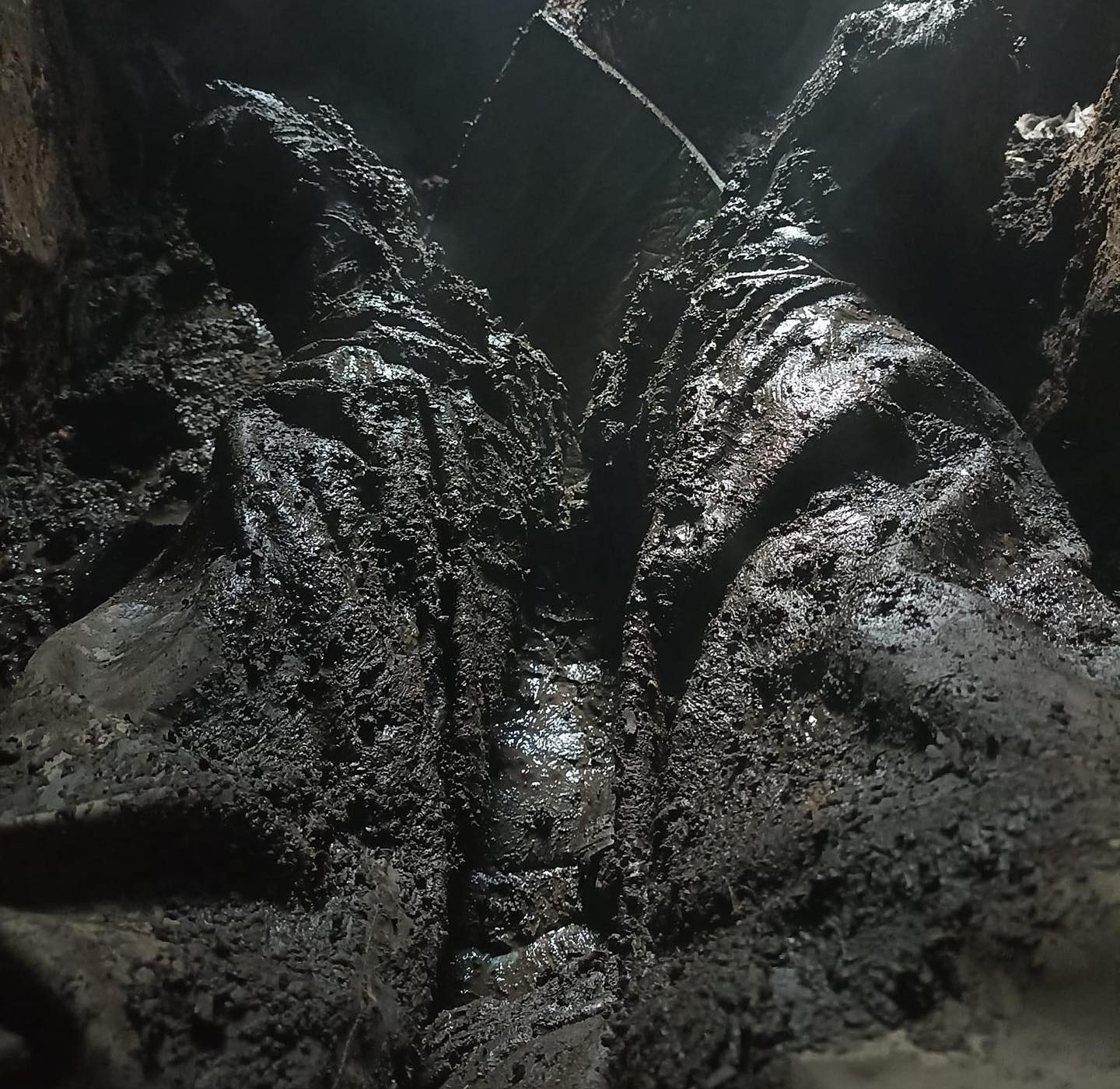 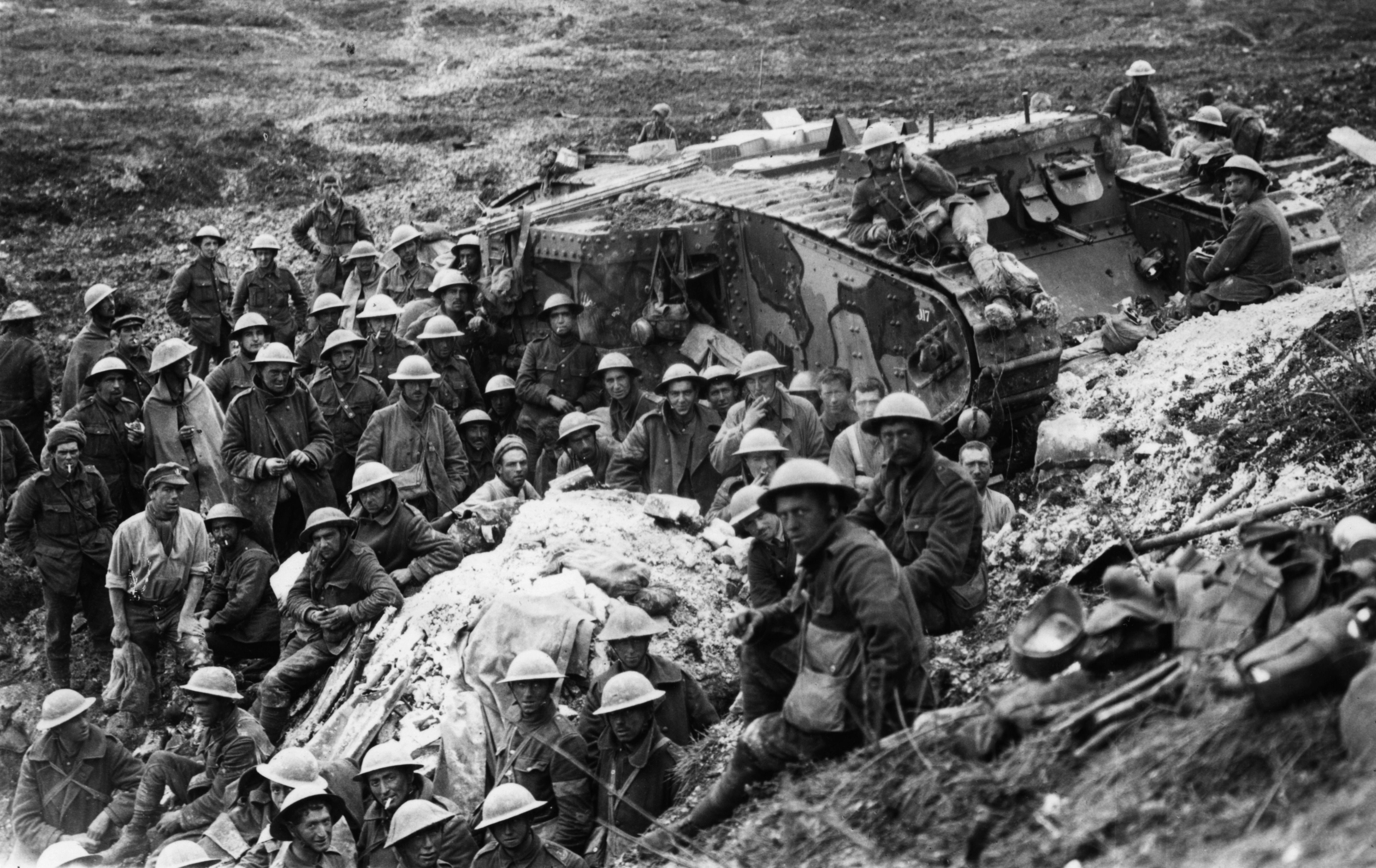 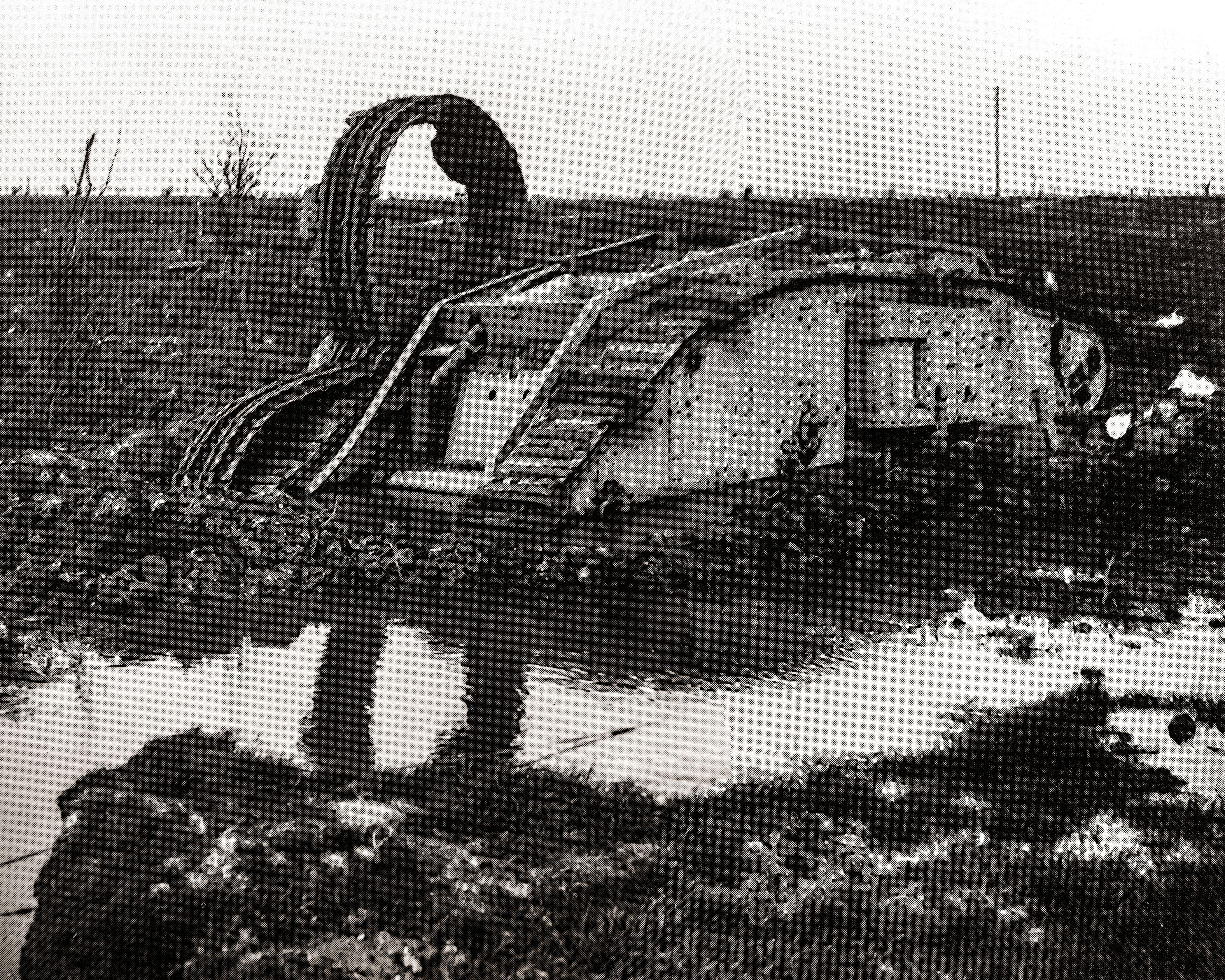 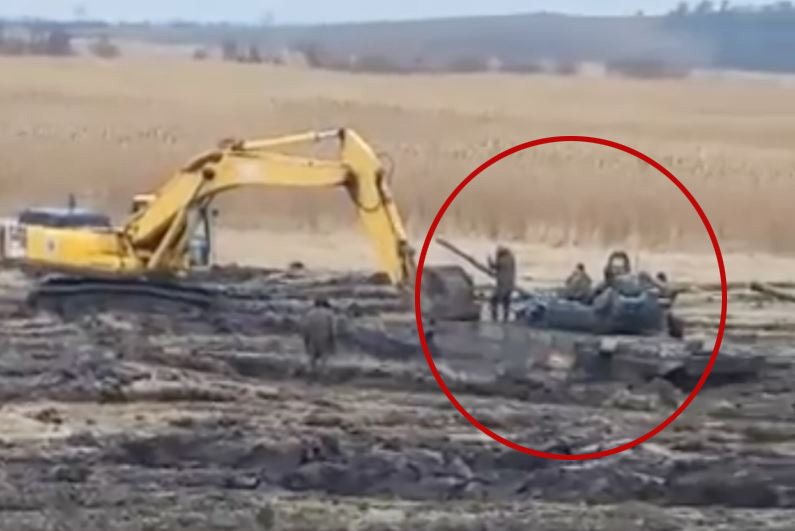 A similar graveyard was found in April and showed a junkyard just ten miles in Russia with dozens more destroyed tanks, trucks and guns.

Ukrainian spy-drones spotted the graveyard in the village of Golvochino underlining the scale of Putin's battlefield losses.

Reconnaissance flights carried out by a Ukrainian intelligence unit based in a secret bunker near the border filmed dozens of pieces of damaged military hardware dumped in a field.

A single image of the site showed 57 vehicles including at least 17 tanks.

Defence expert Rob Lee, who has tracked Russia's battlefield losses. said: "This shows there is more we haven't publicly recorded."

Russia claimed the site was shelled by Ukraine three days after the drone flight.

The attacks come as millions of embattled Ukrainians face no electricity or heating after the country's energy infrastructure was targeted in the latest of heartless Russian missile strikes.

Six million remained cut off following the missile bombardments designed to freeze the population over winter.

The attacks — thought to be retaliation for Ukraine driving Russian forces out of southern city Kherson — knocked out three nuclear plants on Wednesday.

Twelve million homes were blacked out — some of them in neighbouring Moldova, which is linked to Ukraine’s energy network.

In Ukraine capital Kyiv, 130,000 residents were still cut off, although water had been restored across the city.

Local authorities said early on Saturday that all power and communications would be restored within 24 hours.

President Volodymr Zelensky has accused his tyrannical Russian counterpart Putin of attempting to “starve” Ukrainians with attacks on infrastructure.

He said the strategy would not dampen Ukraine’s determination to drive out the invading forces.

But he added: “The key task of today, as well as other days of this week, is energy.” 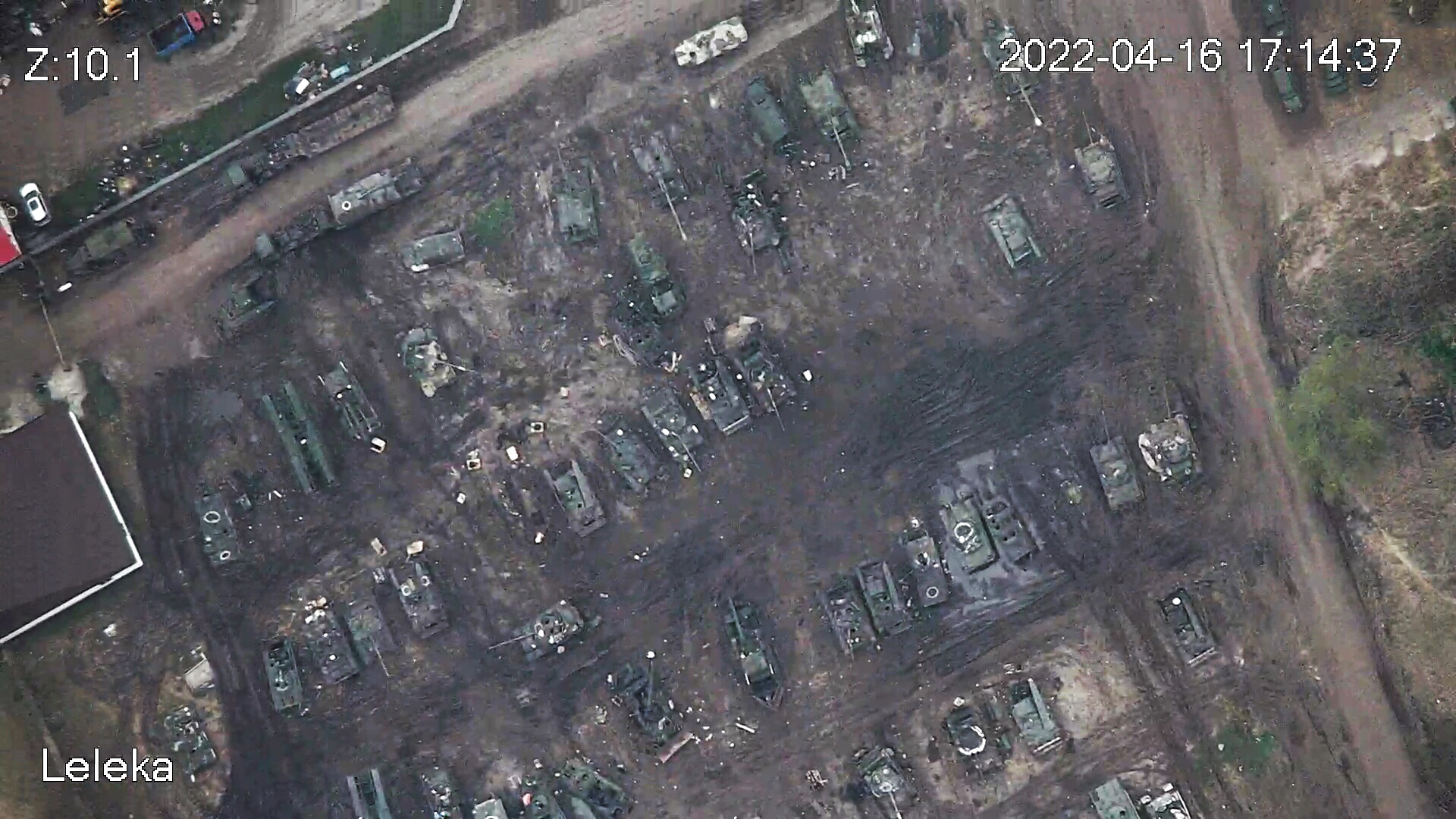