A veteran BBC presenter who is to become a father at the age of 68 has hit back at critics who say he’s too old.

Harry Gration, who has been broadcasting for three decades, announced this week that he and his TV news director wife Helen, 51, are to become parents again following IVF treatment.

His wife, with whom he has twin boys aged 16, said that she was ‘not ready for motherhood to end yet’ and Mr Gration insisted ‘I can change a nappy at 68’.

But since the couple’s announcement, trolls have sent the Look North host messages saying the couple will be too old to look after their new child. 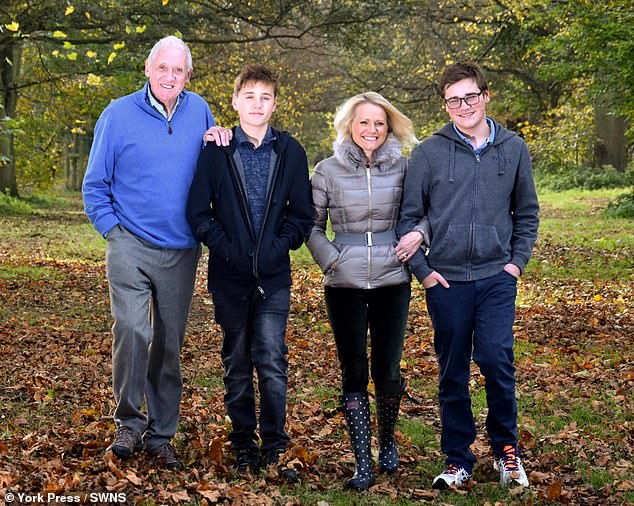 Broadcaster Harry Gration, pictured with his wife Helen and their two sons Harrison and Harvey, has announced that the couple are expecting their third child 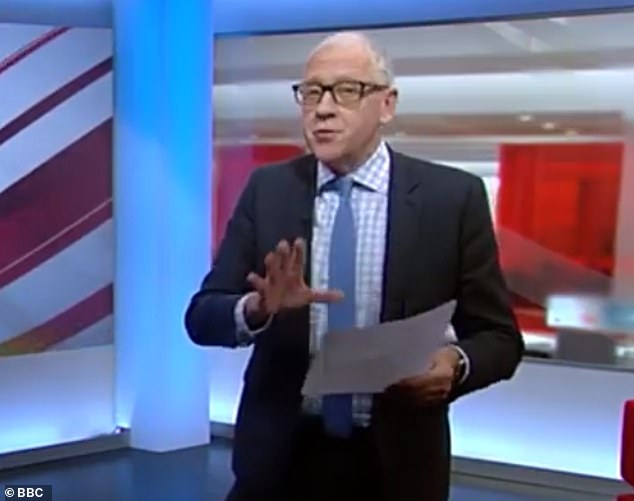 Mr Gration responded to those claims today, insisting: ‘You do get some people on social media who have negative things to say but I am taking it all on the chin.’

He told the Yorkshire Post that he is still a bit ‘shell shocked’ by the news he’s set to become a father again, but his colleagues at the BBC have been ‘very supportive’.

He tweeted: ‘In truth it is my wife and twin boys who are the ones to admire in all of this. They give me the strength to challenge those who say I am mad.’

Mr Gration presents BBC Look North for the Yorkshire region having previously worked as commentator for the Olympic and Commonwealth Games.

He has reported from World Cups, Open Golf Championship and the Wimbledon tennis championship.

Writing in the Sunday Telegraph at the weekend, Mrs Gration revealed she is 20 weeks pregnant with the couple’s third child.

Mr Gration tweeted this message to his fans, insisting he was happy to change nappies at 68 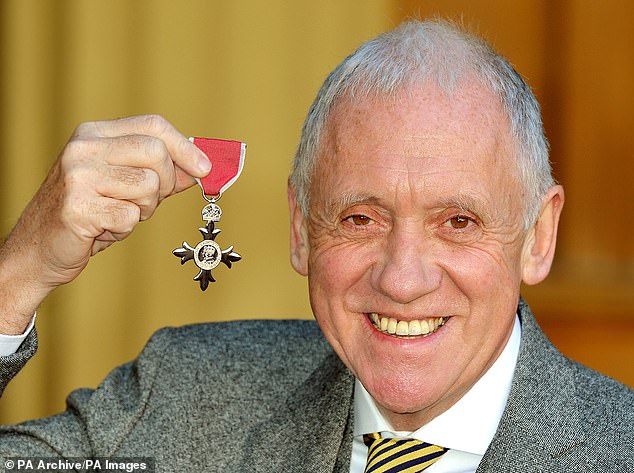 Mr Gration, pictured receiving his MBE in 2013, has said he takes any criticism ‘on the chin’ 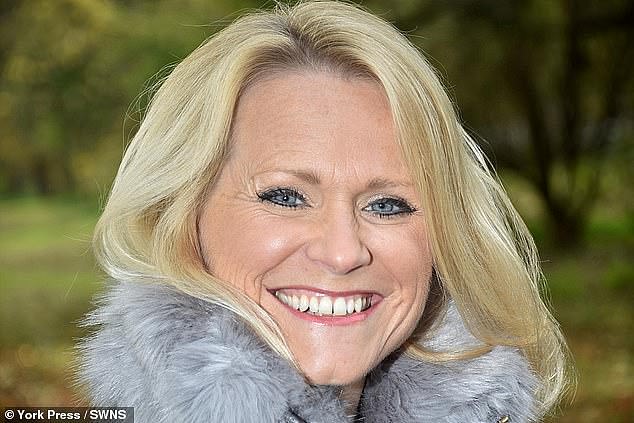 She realised she wanted to try for another child when she was aged 49, as her two sons approached university age.

Her fertility consultant told her she could have another baby, but not with her own eggs and the couple started looking for egg donor in January 2018.

Their consultant advised them to look into a clinic in Cyprus, as finding egg donors in the UK is a lengthy process and regulations do not permit treatment in women aged over 51.

In January, the couple travelled to Cyprus to have the in vitro fertilisation (IVF) done and a 12-week scan revealed a healthy baby.

Helen said she was not scared about the future: ‘I will remain active, and healthy, and be functioning well enough to get this child into adulthood,’ she wrote.

She also said she knew her new child would find two role models in their older brothers. 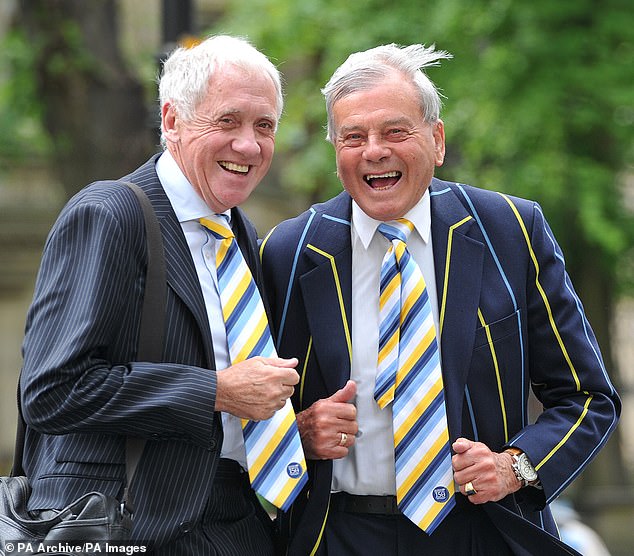 HOW DOES IVF WORK?

In-vitro fertilisation, known as IVF, is a medical procedure in which a woman has an already-fertilised egg inserted into her womb to become pregnant.

It is used when couples are unable to conceive naturally, and a sperm and egg are removed from their bodies and combined in a laboratory before the embryo is inserted into the woman.

Once the embryo is in the womb, the pregnancy should continue as normal.

The procedure can be done using eggs and sperm from a couple or those from donors.

Guidelines from the National Institute for Health and Care Excellence (NICE) recommends that IVF should be offered on the NHS to women under 43 who have been trying to conceive through regular unprotected sex for two years.

People can also pay for IVF privately, which costs an average of £3,348 for a single cycle, according to figures published in January 2018, and there is no guarantee of success.

The NHS says success rates for women under 35 are about 29 per cent, with the chance of a successful cycle reducing as they age.

Around eight million babies are thought to have been born due to IVF since the first ever case, British woman Louise Brown, was born in 1978.