CHILLING footage shows the moment a man was left with brain damage after speeding at 160mph and suffering a horrifying crash.

The rider suffers catastrophic injuries after slamming into the back of a stationary truck on a South Australian highway, in graphic dashcam video.

In the clip, he rapidly accelerates and slaloms in and out of traffic before speeding into a devastating collison.

The crash left him in a coma for two months and he now needs full-time care and is unable to speak properly.

His wife has made the heartbreaking decision to allow South Australia Police to share the vision publicly on Tuesday to highlight the dangers of driving at extreme speed.

"His decision to ride at extreme speed did not just impact him.

"Someone has to pick up the pieces."

Police say he only survived because of the quick actions of witnesses, who resuscitated him on instructions from calling the ambulance.

The release of the video is timed to coincide with new laws introduced in Australian state parliament on Tuesday enforcing tougher penalties for speeding drivers.

The laws will mean the maximum penalty for driving at extreme speed is increased to five years in prison. 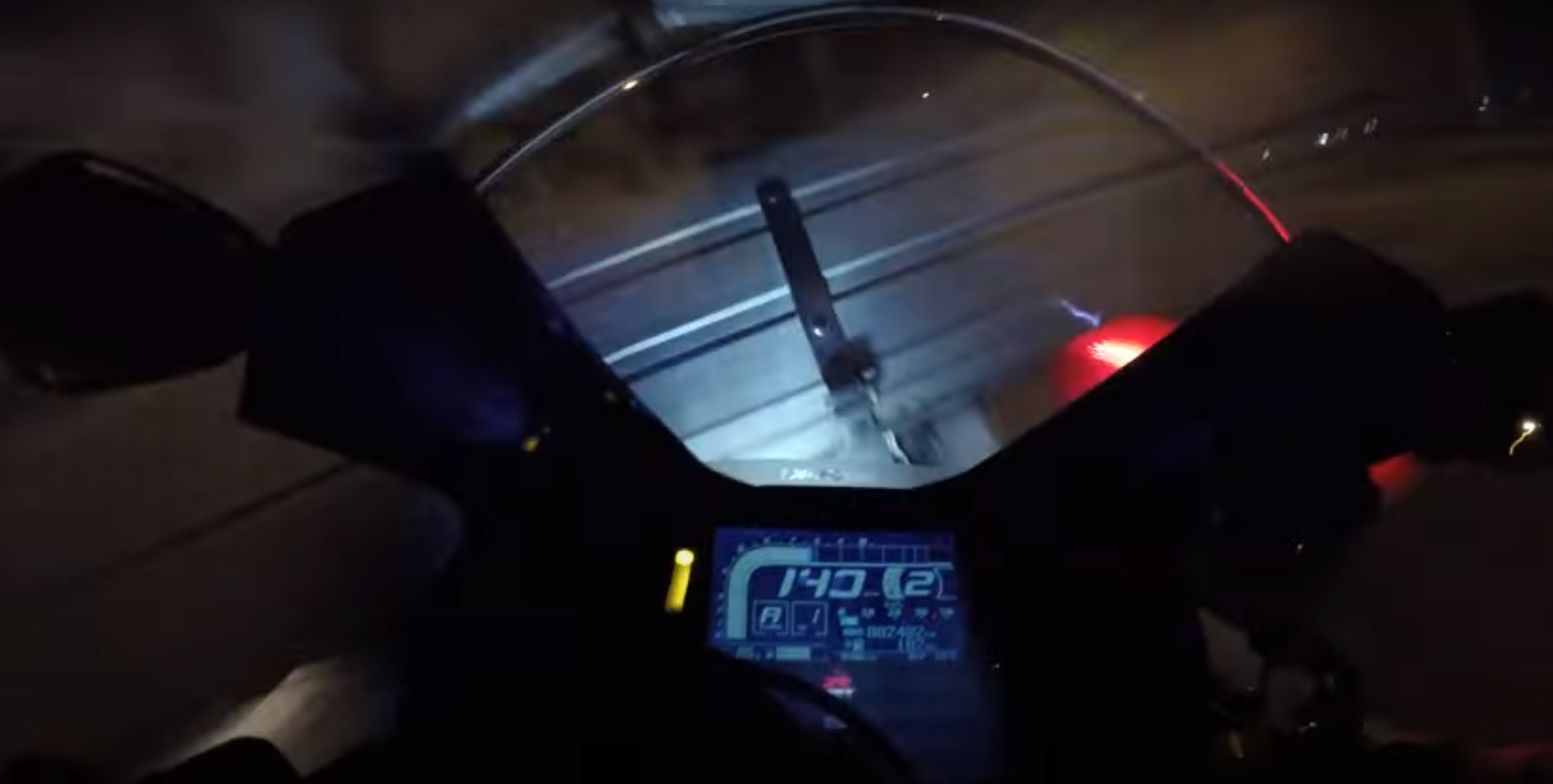 Rule-breakers also face having their license disqualified for at least five years.

Back in the UK, a frontline nurse was also killed in a motorbike crash eight years after her boyfriend died in a smash with a drink driver.

Chelsea Hobbs, 29, was inspired to join the NHS after the death of her partner, Mikey Denley, in 2012.

Tragically the pandemic hero was killed in an accident when her bike overturned on a day off from work.

An inquest has heard that Chelsea was forced to brake heavily for an unknown reason when she was out on the Honda bike.

But the sharp stop caused the motorbike to pitch forward and flip over before sliding along a Bedfordshire road for around 115ft.

Chelsea, of Canvey Island, Essex, was rushed to hospital, but died after suffering a traumatic brain injury.

The NHS hero had been working in Royal London Hospital since the pandemic began.

She re-trained as a nurse after Mikey, 22, was killed in a head-on crash with Anthony Pendrey, 55, when he was speeding on his scooter.